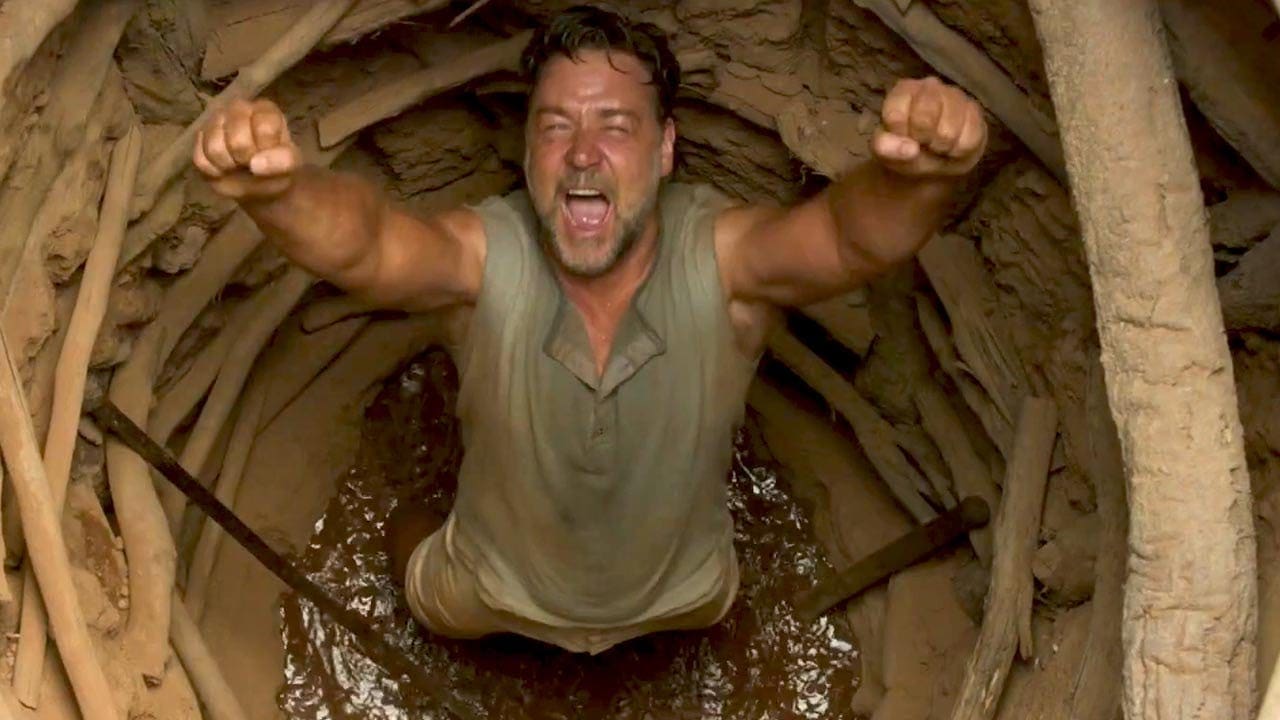 Russell Crowe took a big risk by acting in the first movie he decided to direct.  Plenty of actors have went on to be great directors and stayed behind the camera, Clint Eastwood being the exception until recently.  He could have done it maybe further down the road, but fortunately it didn’t turn out to be an issue.

In The Water Diviner, Crowe plays Joshua Connor, a father of three sons who have all gone to war in Turkey during World War I.  After the Battle of Gallipoli, all three were presumed dead, but it wasn’t until over a year later that the military began searching for all the unaccounted bodies.  Connor spends his time in the Australian desert digging water wells and caring for his grieving wife, who still believes her sons are alive and at home.  The moment she acknowledges they are gone, she takes her own life and Connor promises at her grave to find their bodies and bring them home.  The only problem is Gallipoli is a restricted area to anyone not military.

Connor makes his way to Istanbul and meets a woman named Ayshe(Olga Kurylenko).  She runs a bed and breakfast and is widowed from the war.  Ayshe’s son Orhan also helps out and finds a great friend in Connor.  When Ayshe learns of Connor’s mission, she tells him to find a fisherman that will take him to Gallipoli, since the British military won’t give him permission.  Once he arrives at the shore, Connor stumbles upon the ANZAC miitary operation to recover all deceased soldiers, headed by Lieutenant Colonel Cyril Hughes(Jai Courtney).  Hughes is working with Major Hasan(Yilmaz Erdogan), a Turkish officer assisting in tracking burial locations.  Hasan convinces Hughes to allow Connor to find his sons.

The story has a familiar beat to it.  It reminds me of Saving Private Ryan.  World War I is over, but another war between the Greeks and Turks takes its place.  The British aren’t so welcome either.  Nations that helped Turkey out are now trying to stake a claim to portions of it.  While all this is going on, Connor is committed to his promise, trying to discover the truth about his sons, when he receives information that one of them might be alive.  Major Hasan offers his services, despite the objections of his associate, and together they attempt to avoid the Greeks and British as they follow the clues they discovered in military files.

While I would have been completely satisfied with Connor’s journey through the Turkish country and the struggles he endures, the book this movie is based on felt it necessary to add a love story between him and Ayshe.  Ayshe’s brother-in-law Omer is trying to exercise Turkish law by marrying her, but she would prefer to marry for love.  Connor’s presence in Istanbul complicates the situation as he develops feelings for Ayshe.  Connor can’t help but get involved and this causes friction with Omer.  Much of the hotel scenes seem unnecessary except to show what a great guy Connor is.  It does provide the audience with the hope that he doesn’t have to go home to an empty house.

One of the things that works in The Water Diviner is the pacing.  It takes its time in the beginning, but once we get to Turkey it doesn’t drag.  The moments at the hotel could have been shortened or removed completely, but otherwise it holds your interest throughout.  A combination of action sequences and flashbacks helps move the story along as well.

One of my favorite characters in this film is Major Hasan.  The Turks and Australians were enemies during the war, but now they are allies and Hasan understands there is plenty of guilt on both sides.  He offers wisdom when tempers flair and becomes Connor’s biggest asset.

The Water Diviner is a terrific adventure with an emotional center that builds as the story unfolds.  You can’t help but be engaged until the very end.  Russell Crowe is brilliant and so is Jai Courtney in the few scenes he has.   I recommend this film for lovers of good war stories and anyone who enjoys tales of triumph surrounded by well-developed characters and historical elements.  It’s a strong first outing for Crowe as a director and makes me look forward to his future projects.  There were some editing choices I would have done differently, but it comes together all the same.

About The Water Diviner

Synopsis: An Australian man travels to Turkey after the Battle of Gallipoli to try and locate his three missing sons.