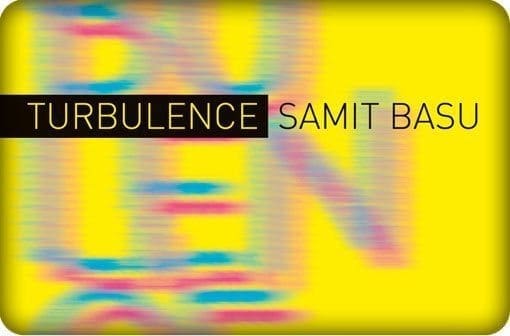 The thing with superhero books is that they always seem to take place in the American metropolis. A basic name-change for New York City or whatnot. The genre’s been in serious need of a change in scenery, city– something. Samit Basu goes to another level and takes us to modern India in his new book Turbulence.

Turbulence begins in the viewpoint of Aman Sen, a young man who wants his life to go someplace but lacks the proper connections to do so. Down on his luck, he boards a plane with a select number of passengers to Delhi. When he departs from the plane, something has changed– he’s a master at communications, particularly hacking.

As he further investigates his powers, he finds that each member of the plane has acquired a power that correlates with their desires. An aspiring actress suddenly acquires the power to make herself desirable. Vir, a pilot, can literally fly. Another man named Jai has transformed into an indestructible and immortal human machine– and, naturally, his intentions behind these powers are not the best.

Someone is picking off those who boarded the plane, and Aman Sen wants to know why before he becomes one of them. At the same time, however, he’s also focused on gathering the surviving flight members and assuring that their powers are put to use rather than idiocy. But he can’t much do that if they’re dead, can he?

And so Turbulence begins.

Turbulence is the gritty reboot that the superhero genre has been needing. Clark Kant has been banished and replaced with characters that are possible to relate with. Anima, for example, is a girl who transforms into the real-life approximation of an anime heroine– grotesquely large eyes, dangerous super powers, squeaky voice. Let’s be honest: in these times, at least one person on a real plane’s wish would have been that.

Where Samit Basu shines is knowing how to take these powers and warp them to fit his twisted and lovely book.

It also gives a change in background for the average reader. Instead of Chicago, we’ve got a glimpse of life in Delhi. This fits the tone of the story, which is clearly trying to set itself apart from the other hero novels. And it does stand out. The scenes are vivid, the characters poignant. And the author?

Turbulence is good for a laugh, but a cautionary one. Its characters may be superheroes, but the author makes no mistake in reminding us that they’re very human and that they have weaknesses. While Basu’s Turbulence is not your grandpa’s comic book, it’s done brilliantly in setting he he,e for a new setting in the theme as well as a new approach. 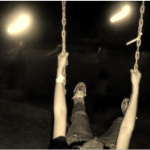 Jay Mewes Wants You to Get Free Comics on Free Comic...