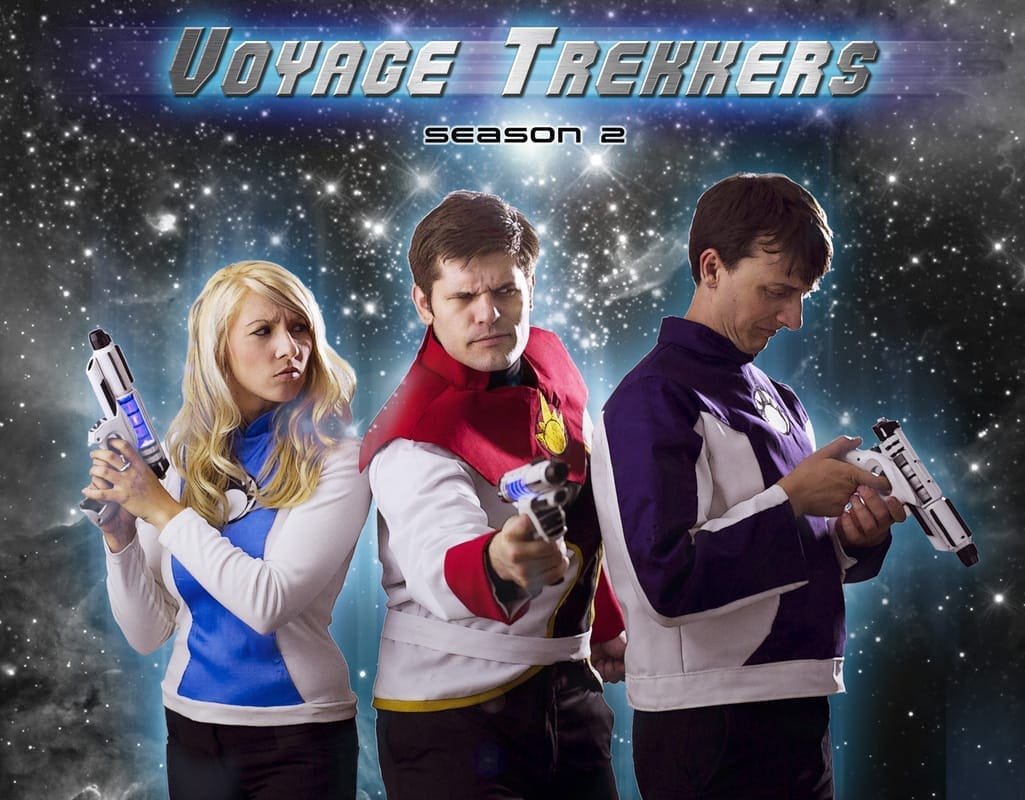 Fans of the web series Voyage Trekkers will be glad to hear that the Season 2 finale has been expanded into four parts. Check out what the creators had to say about it below then watch Part 1. Enjoy.

Voyage Trekkers, the sci-fi comedy about the worst starship crew in the galaxy, debuts the first installment of an epic, four-part Season 2 finale.

“We wanted to end Season Two with a huge bang,” says Creator / Director Nathan Blackwell.  “And the way we felt we could do that was by tell a bigger story, stretching the finale over four episodes, and ending in an epic, life or death battle between starships in a classic sci-fi showdown.”

“Our characters have never been in a situation this deadly before.  They’d accidentally waded into the deep end and are truly in over their heads.  And not only are the stakes raised but this also gives us the opportunity to bring out more depth and complexity to the characters.”

Season 2 of Voyage Trekkers is a scripted series of 10 episodes which debut every two weeks, released opposite of behind the scenes content.  You can connect with Voyage Trekkers on Facebook, Twitter, YouTube, Blip, Tumblr, and at voyagetrekkers.com.