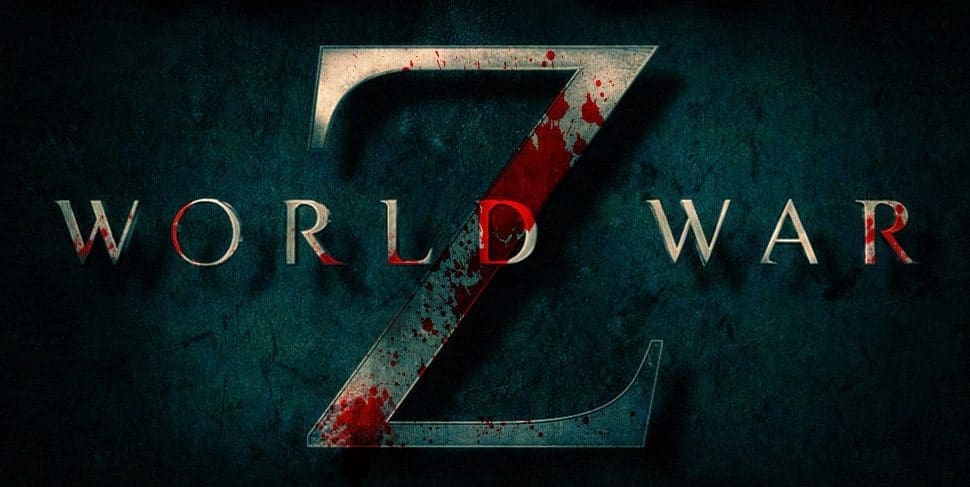 World War Z is going to be one of those movies that is going to polarize fans of the book. There was backlash from the get go about the changes to the story structure. If you’re not familiar with the book it is composed of several different “survivor” accounts from people who were involved with the outbreak from the very beginning to the final days of the outbreak. World War Z the movie follows one character (Brad Pitt) from the time the outbreak hits the U.S. through his struggles to find the patient zero of the outbreak. I was a fan of World War Z the book, and its predecessor, The Zombie Survival Guide. In fact, they were a huge influence on my own book, however, I am not a huge fan of zombies. Crazy, right? I wrote a zombie book and don’t care for zombies. I love Shaun of the Dead and 28 Days Later, and I sort of got into The Walking Dead for a little bit, but they aren’t my favorite subject matter.

The movie starts out right away with things going to hell. There is very little set up before the characters are thrust into the life or death situation that quickly becomes a way of life. I suppose there isn’t much back story needed to tell a proper zombie tale, virus infects people, things go to crap, but I just wanted more from Pitt’s character. He’s practically forced to go out on the mission, but he doesn’t put up much of a fight and I never felt like he was in danger. Most zombie stories focus on a group of people as they struggle to survive the infected and themselves. World War Z stands out because it’s one man’s mission to discover the source of the virus so they can find a cure. I suppose it stands out for two reasons then. The story focuses on the search for the cure, which I’ve never really seen before. Zombie movies are usually more just about zombie carnage and mayhem. Don’t get me wrong, there is plenty of mayhem, although not much carnage, it is rated PG-13 after all.

I mentioned this earlier after seeing the extended footage at CinemaCon that I loved the design of the zombies. The movements of them are very jerky like the bodies are old and rusted. They also move a lot quicker than any zombie I’ve ever seen before. I was never a fan of quick zombies. Personally, I think the tension comes from the fact that you might get eaten by this slow moving thing that used to be your barber. The zombies in World War Z go above and beyond and resemble a swarm of bugs rather than a group of people. The best example of this, as you’ve seen from the trailer, is them piling on top of each other to scale a wall. You’ll also notice that this isn’t an apocalyptic version of a zombie infested world. This is the beginning of the epidemic so things are still nice and shiny and new. I also appreciated the use of the word zombie. I feel that movies, books, and TV try to come up with the next cool pseudonym for a zombie, walker, rotter, what have you, but World War Z embraces the word and that’s what people call them.

Like I mentioned earlier there is a huge divergence away from the book and a lot of people are upset about that, and I understand, but I’m of the mindset that books and movies are two different mediums and sometimes you can only use a books ideas rather than its story. The argument I always use is Fight Club. Fight Club is my favorite movie, hands down, the book on the other hand (in my humble opinion) is garbage. Movies are mostly collaborative works and sometimes when they take a book, the people working on it can make it work better and the example I use for that is Shutter Island. I prefer Shutter Island the book over the movie, however, the movie presented the ending way more emotional and cognitive and I preferred that ending over the one in the book. My point is this: if you go in expecting the story structure from World War Z to be intact then you’re going to be disappointed. If you’re going in expecting to be disappointed, then why are you going? Appreciate World War Z for what it is; a mediocre zombie flick with an anti-climatic ending that has aspirations for a franchise that may never materialize. Maybe in future installments we’ll get to see the battle of Yonkers.

Synopsis: United Nations employee Gerry Lane traverses the world in a race against time to stop the Zombie pandemic that is toppling armies and governments, and threatening to destroy humanity itself.