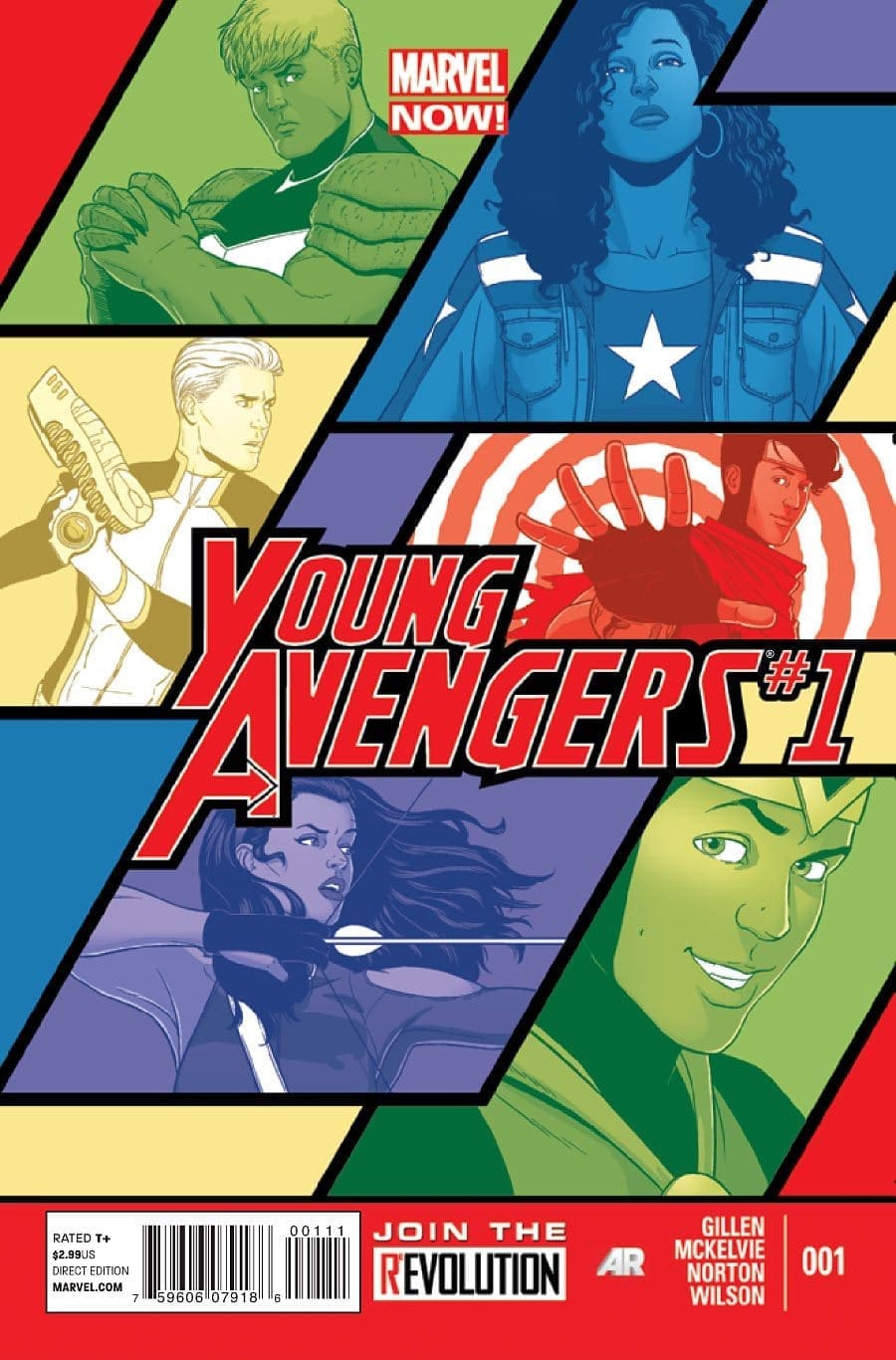 The new FF take to the streets to celebrate 2013!

How does the world respond?

How do the kids of the Future Foundation feel about these new grown-ups running the show?

And what does Scott Lang have in store for Doom?

Deadpool has already killed every hero in the Marvel Universe. He isn’t through. This time…Deadpool’s gonna take most famous characters in classic literature!

YOU NEVER KNEW HOW BADLY YOU NEEDED THIS SERIES! Aquaman can barely hold on against Ocean Master even with the League by his side!

More on the Superman/Wonder Woman alliance!

Plus: In the backup story, the origin of SHAZAM! continues!

Peanuts is back for the new year with Snoopy’s most beloved personality taking center stage, The Flying Ace! Will his Sopwith Camel hold up against the Red Baron long enough for Snoopy to make it back to the café for a cold, tall root beer? Charles Schulz’s beloved creations keep going strong with all-new stories mixed in with Schulz original Sunday strips. The birth of the New Adam.

On Mars, the Battle between The Avengers and the Garden comes to a dramatic conclusion.

‘If you want LIFE and all the good things living entails, then you’ll have to earn it.’ –Ex Nihilo A great jumping on point for new readers. Dana investigates the murder of a prominent psychologist who specialized in coping with returned love ones. Cooper gets a visitor. And May Tao visits the hopsital.

The grudge match you’ve been waiting for: DEADPOOL VS. LINCOLN!

Guaranteed to make you better looking to potential mates!

THE DARKEST CORNERS OF THE MUTANT UNIVERSE: EXPOSED! The X-Men: sworn to protect a world that fears and hates them. UNCANNY X-FORCE: charged to deal with situations the X-Men fear and hate! Psylocke and Storm lead a new team of outcasts and scoundrels, including fan-favorite Puck, the villainous Spiral, and the mysterious Cluster. The first adversary to strike out from the darkness? X-legend BISHOP!

Devin McKenzie is an insomniac librarian with a knack for solving puzzles. The Answer! is a masked crime fighter with a giant exclamation point on his face. Aside from a penchant for late nights, they share nothing in common . . . until both become embroiled in a deadly mystery surrounding a sinister motivational speaker!

Legacy isn’t a dirty word… but it’s an irrelevant one. It’s not important what our parents did. It matters what WE do. Someone has to save the world. You’re someone. Do the math.

The critically acclaimed team of Gillen/McKelvie/Wilson (with added Norton Sauce) decide to reinvent the teen superhero comic for the 21st century, uniting Wiccan, Hulkling and Hawkeye with Loki, Marvel Boy and Ms. America. No pressure. Young Avengers is as NOW! as the air in your lungs, and twice as vital. It’s the book that knows Hyperbole is the BEST! THING! EVER!

* This article was compiled while listening to the album Book Burner by the band Pig Destroyer.
[SlideDeck2 id=9304]