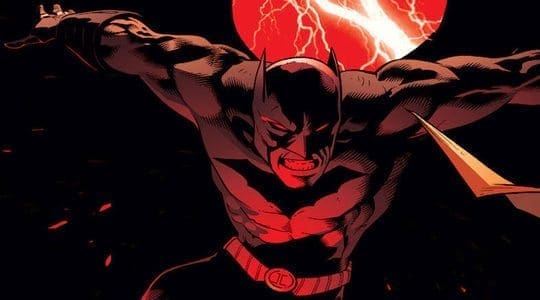 Maggie and Sophia pick up the pieces and continue their lives at the hilltop.

The adaptation of the screenplay for award-winning director Quentin Tarantino’s latest film continues!

This is the only way to read the entire, uncut story, including scenes that may not appear in final film! As Princess Leia’s stealth squadron lays a trap for the spy within their ranks, she soon realizes that the Rebels are ill prepared for the Empire’s zealous pursuit. Meanwhile, Han Solo flees from the Empire through the lower levels of Coruscant, and Luke Skywalker enjoys being grounded with a female friend . . .

GODBOMB Part One of Five

Somewhere at the end of the time, all the gods of the universe are enslaved, working to build a machine that will forever change the face of creation.

What is. . . the Godbomb? And what can Thor, the last free god in all the cosmos, do to stop it? In the aftermath of INVINCIBLE 100 and ‘The Death of Everyone,’ Dinosaurus has left his mark on the world. Can heroes from across the universe — Invincible, the Guardians of the Globe, Tech Jacket, the Astounding Wolf-Man and more — contain the damage done? Or are the end times of the Invincible Universe ahead?

Then, on Thanksgiving, Batman and Robin join the families of Gotham City around the table for a holiday feast-and birds of a feather flock together to stage a march against the city. . . led by The Penguin!

Who would cause Bruce Wayne to use a gun?

More ladies, more problems. Featuring: The Girlfriend, the Work-Wife and the Ex-Wife.

Plus the tracksuits are back and aim to kill. Good luck, Hawkeye. On the darkest of nights, who is the one person Batman meets that could change his life forever?

Get Your Hands on Your Own BLACK VORTEX With This Exclusive...