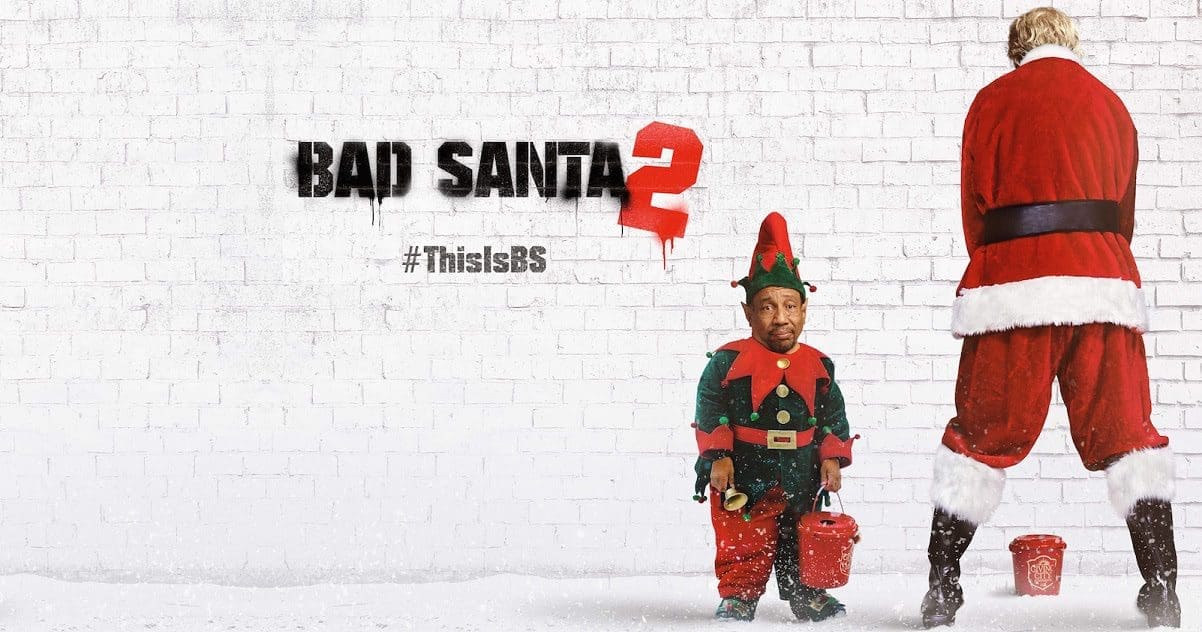 Billy Bob Thornton was born on August 4th, 1955 in Hot Springs, Arkansas to Virginia Roberta (Faulkner) and William Raymond Thornton. His mother was a psychic and his father was a high school history teacher and basketball coach. Billy Bob started out his entertainment career playing a character with his same name in the 1986 horror-thriller called Hunter’s Blood. From there he continued to play small roles in numerous films and TV shows up until his award nominated performance in the 1996 film Sling Blade. From that point on his notoriety began to skyrocket after appearing in such films as: Armageddon, The Man Who Wasn’t There, and Monster’s Ball. His lead performance in the 2003 Bad Santa film has made it a cult classic in recent years. Now director Mark Waters has taken the helm and created a sequel to the much beloved film which is entitled Bad Santa 2.

Picking up over ten years where the previous film left off, Willie Soke (Billy Bob Thornton) is now single again and back to his old self-loathing, suicidal ways. Thurman Murman (Brett Kelly) is still obsessed with Willie and comes to visit him on a pretty regular basis. One day a package of money arrives and Willie is informed that he needs to go to Chicago in order to help pull off a multi-million dollar heist. While there, he reluctantly meets up with his estranged mother (Kathy Bates) and his former partner-in-crime Marcus Skidmore (Tony Cox). From there, a cast of crazy characters enter Willie’s world and he must decide if the heist is actually worth going through with.

Before seeing Bad Santa 2 I was reasonably skeptical. Numerous beloved comedies that have been recently resurrected have not been up to par with their predecessors. Zoolander 2 was good but became a little too over-the-top, Anchorman 2 recycled way too much from the previous film, and Dumb and Dumber To was horrifically unfunny. However to my delight, Bad Santa 2 doesn’t fall into bad sequel territory. Right from the beginning the tone of the film perfectly aligns itself with the previous entry – a depressing environment filled with upbeat characters surrounding a downtrodden, womanizing alcoholic. Billy Bob Thornton is still amazing as a man who you should ultimately hate but instead you are charmed by his disheartening view of the world. It truly feels like the previous film recently came out and only a short window of time has passed by.

Apart from Billy Bob’s performance, every other actor does a very serviceable and pleasing job. This is especially true when it comes to Kathy Bates. I think that she perfectly embodies a women who would have given birth to such a dejected human being. On the side of the overall narrative, even though it does tread familiar territory, overall I enjoyed the new characters and new plot points that it introduced throughout.

When push comes to shove the one thing this film has to do is make you laugh, and for me it succeeded by and large. There aren’t many laugh-out-loud moments that carry on for long periods of time, but instead there is a plethora of humorous bits scattered all the way through. The only thing I can really fault it for is not having the same amount of heart as the previous film. However, it’s still charming and absolutely hilarious so I would definitely recommend checking out Bad Santa 2 if it’s your kind of comedy.

Synopsis: Willie teams up with Marcus again to do another heist. However this time, Willie’s crazy mother is also in on it.