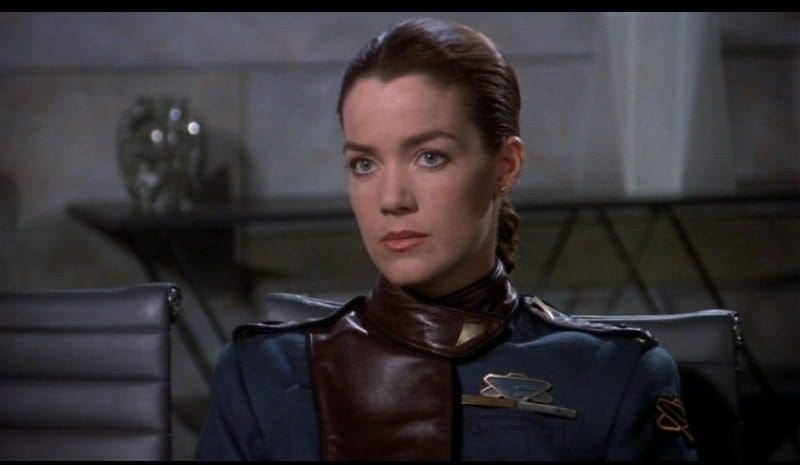 This coming week, Phoenix will be crawling with geeks of every type imaginable as their annual Comicon takes place. I received the chance to interview Claudia Christian, acclaimed sci-fi actress and generally awesome person, who will be featuring her latest projects at said convention. Though her schedule was full, she had enough time to sneak through question and answer sessions via email.

Claudia Christian, well known for her roles in Babylon 5 and in Disney’s Atlantis: The Lost Empire, is currently occupied with publishing her book and conducting her role in an upcoming sci-fi comedy:

A:  So you’re well-known for your roles in science fiction, such as Commander Ivanova on Babylon 5. What do you do to prepare for such imaginative roles?

CC: Read the script, learn the lines, and if the role is a dramatic step away from who I am, I create a walk, perhaps a way of eating, a speech pattern etc. for the character. In TV however, you rarely get time to create a whole new being.

[pullquote]Every convention has a poignant moment. I have animals and children named after me or after a character I played.[/pullquote]

A:  Are there any challenges that come with it that you don’t normally find in other genres?

CC: All acting is the same to me; drama, sci fi, comedy… it all has challenges, but sci-fi tends to have more techno babble which, much like medical jargon, can be a challenge.

A:  What’s your inspiration as an actress? What keeps you going?

CC: Staying busy with other things such as writing, real estate, and just living life. I am inspired by people who overcome obstacles and those who choose happiness.

A: Beyond acting and such, what do you do in your spare time? Yoga? Poetry?

A: I’ve seen some actors who absolutely hate them, for whatever reason, and some who find them quite pleasant, so I’d like to hear your take: What do you think about conventions? What’s the most poignant experience you’ve had at one?

CC: If I hated them I wouldn’t do them because it shows. Every convention has a poignant moment. I have animals and children named after me or after a character I played. People have watched Babylon 5 with their parents or an ill friend. Little girls come up to me and tell me that I inspired them to be stronger. Men and women have told me that I helped them come out of the closet… it’s all amazingly touching and gratifying.

A: Your acting credits are so diverse — you’ve really been in it all! Which credit are you most proud of?

CC: I’m just proud to still be sane and acting after 30 years in the biz!

A:  These days, what projects are you working on? Anything we should keep an eye out for?

CC: My book Babylon Confidential is out and will be re-released in 2014. My new book Wolf’s Empire is also going to be released in 2014; Tor is publishing it.

A:  I hear you’ve got a connection to an upcoming project called Nobility… from what I can tell, it looks quite interesting! What makes it different from what we as geeks have already seen?

CC: It’s a project that invites fans to be part of the creation, which is different.

A:  And what are you set to do in Nobility?

CC:  Play the baddy, of course!

A:  There’s a Kickstarter going on right now to raise funds for the show, am I correct? How long is it running for?

CC: Not sure, I think it’s almost over, but the creator assured me that Nobility WILL be made!

Remember, if you want to learn more about her latest projects, or have a question I forgot to answer, or just want her autograph, head to Phoenix next weekend.