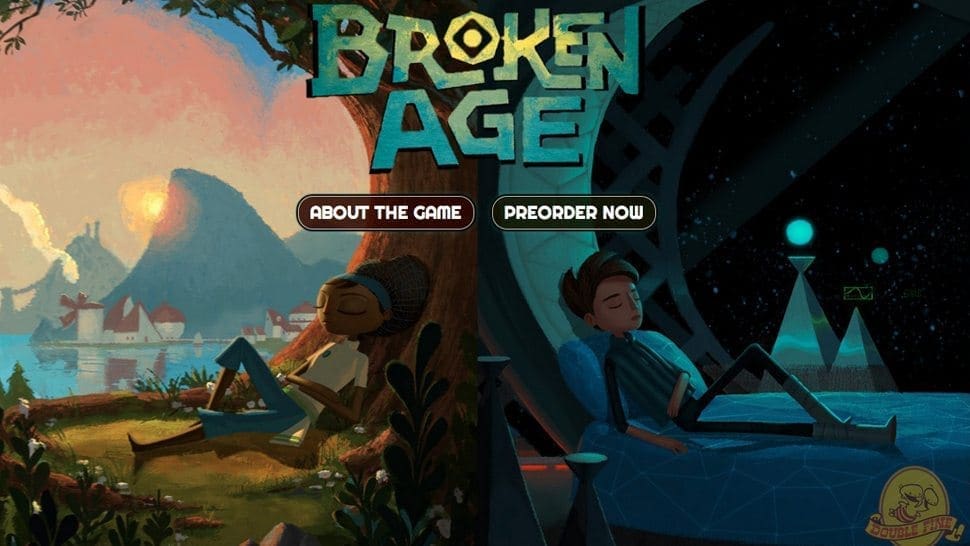 Last year began the Kickstarter revolution for gaming. Some would argue that it was Tim Schafer that gave way to this change in the video game publishing status quo. Some would also argue that we have not seen anything “real” of the Double Fine Adventure Game since last year.

Those people would now be wrong, as today at PAX East the game’s name was revealed: Broken Age.

While not much was given away at PAX East, through some careful digging (like clicking the “About the Game” button on the website) I was able to find out the overarching story:

Broken Age is a point-and-click adventure telling the stories of a young boy and girl leading parallel lives. The girl has been chosen by her village to be sacrificed to a terrible monster—but she decides to fight back. Meanwhile, a boy on a spaceship is living a solitary life under the care of a motherly computer, but he wants to break free to lead adventures and do good in the world. Adventures ensue.

Well, shut up and take my mon…oh right, you already did.

The Last of Us, Better Played Offline [Updated]