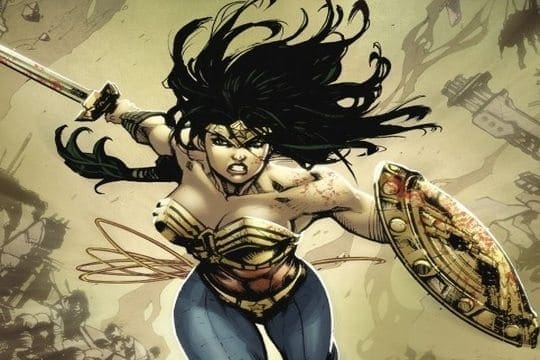 Having read these issues, lots of great things happen especially if you’re a Wonder Woman fan. I am still quite surprised I haven’t read a bad issue yet, usually these tie-in comic books aren’t that great. However, writer Tom Taylor is delivering a solid story that is outside the DC continuity and definitely handing out some jaw-dropping moments. Check out the preview for issue #3 below… Based on the upcoming DC fighting game from NetherRealm Studios, creators of Mortal Kombat. A new world order seizes the reins of power, forcing heroes to face each other in a fight to save humanity. Which side will Wonder Woman choose?