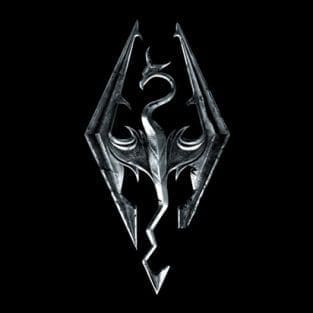 Although I’ve played video games most of my life and I’ve played on nearly every platform from Atari to Xbox, I’m definitely not a gamer. A more accurate description might be: a casual gamer with hardcore-gamer tendencies.

I’ve never played video games to be the first to “win all the games” and I’m definitely not a fan of “LET’S BLOW STUFF UP AND KILL!”-type games. I play video games because they’re fun and something to do.  That’s really all there is to it. In the past I usually played “easy” games like Minecraft, Sims, various LEGO games (they’re really fun), and random arcade-style games. Eventually those games became boring so after months of looking for a new game, I decided to start playing Skyrim.

When I first started playing, I was so overwhelmed. There was so much to do, and since I had never played this type of game before, there was so much to learn. So I did what any normal person does in 2012, I used the Internet to figure out what I was supposed to do. I nearly bought the Skyrim guide, on impulse, at Walmart recently, but after thumbing through it for a few minutes I realized I can find the same information on the Internet for free.

The first few quests I did were really stressful and intense. I’m definitely not used to all of the fast-paced running, killing, and trying not to die (at this point I also learned that relying on “autosave” was stupid). Once I acquired Lydia things became a little easier, but getting stuck in rooms because she wouldn’t move drove me nuts!

When I started leveling up I really only focused on increasing a few skills like, “light armor”, “one-handed”, and “lockpicking.” I felt like I was wasting my perks if I used them on “alchemy”, “smithing”, or “enchanting” because I was always finding handy potions and sweet weapons. Lesson Learned.

At one point, when I was around a level 10, I actually considered restarting the game so I could play in a better-informed way. Even now, I wish I could go back and do a few things differently (which I’ll write about in another post) because I’m now paying the consequences for previous actions and while it makes things interesting, I’m still kicking myself for not thinking ahead (it’s not like I could have known there would be future implications, but it’s still annoying).

However, even though I’m not entirely happy with a few things, I’ve become obsessed with Skyrim. For the first time in a long time I’ve found a game I enjoy enough to play for hours at a time and look forward to playing again the next day. (I’ve been known to devote many hours to Minecraft too, but when you’re building a massive structure and blowing it up and starting over, it takes a lot of time.) Sure, there are a few predictable quests, and after a while, killing 50 draugr is just a minor annoyance, but the more I play, the more I’m sucked in and the more I want to play.

I’ll be writing more about my adventures in Skyrim in the coming weeks and trying to capture what it’s like for a casual gamer to play such an elaborate game as Skyrim.