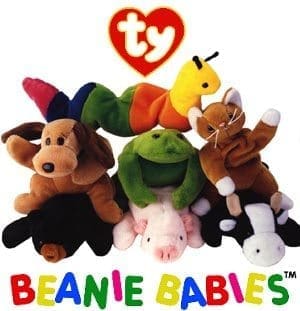 Alright so it’s been entirely too long since I’ve posted anything.  I’ve been quite busy, but I haven’t forgotten about the reminiscent 90’s journal idea I planned on doing a couple of months ago.  I’ve already covered music (which you can check out HERE) – the next step you’d think would be films.  But I’m not quite ready for that yet, so I’m going to skip to toys.  Let’s recap what our parents spent hundreds on and what we spent a few hours investing our time into before the new fads came along, shall we?  And of course, these are in no particular order of my favorites or anything – it’s more in order of what I could remember.

1) Pogs – These things absolutely dominated the school yard during lunch time.  I remember them eventually being banned at my elementary school because the boys would end up getting in fights with one another, throwing the metal slammers at each-others’ heads and busting lips, claiming “CHEATS!” and “HE STOLE MY POGS!”  Aside from the unfortunate downfall due to angry school-boys and their sore loser attitudes, Pogs were the shit!  I mean looking back on it now, fighting over little circular pieces of cardboard with Michael Jordan printed on it, or maybe a shiny yin-yang, seems pretty stupid. But it was serious business at the time.  I kind of wish I still had some lying around now… in one of those neon colored plastic tubes you would store them in.  Remember that?  Haha… yeah… -sigh-… Alright, moving on.

2) Furby – DEAR GOD WHAT THE HELL WERE THEY?!  By far the creepiest toys of the 90’s.  A little owl-like creature that could move its head and flap its wings and talk back to you?  It wasn’t even cute!  It looked evil!  It looked like it was going to kill everyone in the house!  I remember reports of the things turning themselves on EVEN WHEN THERE WERE NO BATTERIES INSIDE THEM!  I’m glad I never had one of those things.  That’s one fad I steered clear of.  It was entirely too scary looking for me to want it next to me at night while I slept.  My best friend had one… I stopped going over to her house for a while.  And now they’re being sold again. L

3) Tamagotchi – So, this one time in my 7th grade science class, my teacher got so fed up with these electronic, hypnotizing keychains directing attention away from him, that he yanked one from this girl’s hand, and slammed it (I mean SLAMMED it) into the garbage can – and then calmly continue to teach the class about stars or some shit.  I remember a few times I accidentally left mine at home.  I either came home to a dead pet, or one with electronic, black, pixelated poop all over the screen and a sad face showing how upset the thing was.  I’ll admit – I totally wish I still had one.  It beats having a real pet, because I mean if a real pet dies, then you literally killed another living thing.  But if your Tamagotchi died, you’d just grab a pin to push the reset button on the back, and start over again!

4) Trolls – Oddly enough, you’d think that with how creeped out I was over the Furby, that I would try to collect all the Trolls in the world and set them on fire.  But I actually enjoyed these colorful haired, jeweled belly-button things.  What was the most fun attribute about them?  Styling their hair – usually into mohawks.

5) Simon – A circular, electronic, four color buttoned toy (that later came in keychain form, which was great for long car rides to Grandma’s house) that lit up the buttons in a certain order, to which you had to test your memory and repeat what it did.  Sometimes I’d surprise myself with how far I could get with it, but let’s face it… we all eventually ended up guessing what order it went in.

6) Bop-It! – It was like an active version of Simon.  And you looked pretty stupid while holding it.  A huge handheld contraption longer than your own arm, with a giant yellow button in the middle of it, and a bunch of random things sticking out of it that you would either pull or twist.  I never owned one of these things either, but some of my friends did.  We got bored of it rather quickly.

7) Creepy Crawlers – I always wanted one of these.  It was the boy version of the Easy Bake Oven.  You’d basically create your own gummy worms and other gummy insects.  I don’t think I knew anyone that actually had one… but maybe they just hid it from me. 8) Cabbage Patch Dolls – I think these were around when my mom was a little girl too, but they became a hit in the 90’s again.  Several of my female friends had a few of these things.  We’d play with them from time to time, but I always preferred my Barbies.  I always thought pretending to be mommy at that age was weird – plus I thought the dolls were rather ugly.

9) My Little Pony – Another fad that’s come back, except now it’s just weird.  Grown ass men watching the series?  Calling each other “Bronies”?  *shakes head* I don’t understand it.  But when I was a little girl, I loved collecting these adorable little multi-color haired horsies.  If I’m not mistaken, you could pull on their tails so the hair would extend, and then you would twist their heads back and forth to make the hair short again?  And didn’t they come with little brushes?  I can’t quite remember, but they were fun to collect and play with for sure.

10) Beanie Babies – These things taught kids the principle of buy, sell, trade, value, stocks, bonds, all that shit.  They were expensive as hell, and you could never quite have them all, because it seemed like 10 new ones would be released every two weeks.  My favorite was, and still is, Quackers.  One of the original Beanie Babies, that I regretfully cut the little heart-shaped TY  tag off of without knowing how important it actually was.  His little poem read: “There is a duck by the name of Quackers. Every night he eats animal crackers. He swims in a lake that’s clear and blue. But he’ll come to shore to be with you!” If the original ones weren’t enough, they started making jumbo Beanie Babies (I also had jumbo Quackers).  And THEN McDonald’s got in on it, and we had to collect all those too!  Honestly… as cute as they were, I’m glad that fad is long gone.

So there you have it.  I had a bunch more on my list, but to keep this under 2000 words, I’ll just throw out some honorable mentions: