I’m assuming everyone does this, but when I first started playing I picked up everything: daggers, bottles of wine, random books, ragged clothes, fancy clothes, foot wraps, and all the other useless junk you see around in Skyrim.

It wasn’t until I hit my carry limit when I realized I needed to deal with this stuff. I quickly learned that I can just give stuff to Lydia but soon I maxed out her carry limit, too. So, I started selling everything. I traveled between Riverwood and Whiterun (the only two towns I had discovered at the time) selling stuff. It took forever!

Eventually I bought my house in Whiterun and started stashing stuff there. I thought I had it all figured out, I’d put weapons and armor in my bedroom and potions and ingredients in the alchemy room that way it was totally organized. Unfortunately it’s really time-consuming to go through all my ingredients to make potions, nevermind wasting 10 minutes of load time (and I may be exaggerating) running in and out of my house grabbing stuff because I really needed that Shield of Solitude (or something else I won’t use). There had to be a better way.

Unfortunately, I haven’t figured it out. Now, I have two houses, my other is in Riften, and I have stuff everywhere! The problem is, I spend a lot of time traveling between the two cities trying to track down important stuff (thank God for fast travel!). For example, I accidentally stumbled upon four quest-related staffs and I figured I’d just pick them up since I wouldn’t be starting the quest for a while. However, I accidentally stashed two in Whiterun and two in Riften. I still haven’t fixed that and I know I’m going to be really annoyed when I forget about it and realize my mistake.

Thankfully my house in Riften is pretty organized. There’s a TON of storage there and I love it. I’ve got clothes, robes, and armor in the wardrobe, potions and ingredients in the table at the end of the bed, weapons in the chest. Nevermind all the weapon displays downstairs and the mannequins wearing whatever I can put on them. (Anyone else have their mannequins move? I’m sure it’s just a glitchy thing, but it creeped me out the first time they weren’t on their little pedestals. In fact, I even tried to kill them just to be safe.) The worst part about that house is there really isn’t much storage downstairs, so I’m always running up and down if I’m enchanting or mixing potions.

That leads me to my other problem, I accumulated a bunch of useless daggers (can you tell I’m not a fan of the ol’ dagger?) and iron swords just to enchant them and sell them. Except, I haven’t done much selling and my enchantments are still weak so I have a bunch of useless, weak, enchanted weapons that I’ll never use. Same goes for potions. I collect as many ingredients as I can, but I rarely make any potions because I find better ones while I’m out and about. Plus, I find that I haven’t been using them as much as I used to so I’m just carrying around 75 pounds of potions and ingredients for fun, I guess.

Even though I know I have way too much useless stuff, and stuff in general, I refuse to get rid of it because there’s this nagging voice in the back of my mind that says, “Do you remember what you went through to get that? Do you want to do that again? Better keep it, just in case.”

I’ll be purchasing my next house in Markarth soon and the cycle will continue. I can’t wait to be able to accumulate even more stuff! “Next week on ‘Hoarders: Skyrim’…”  There should really be a support group for this sort of behavior. 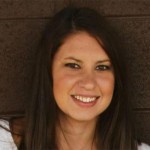