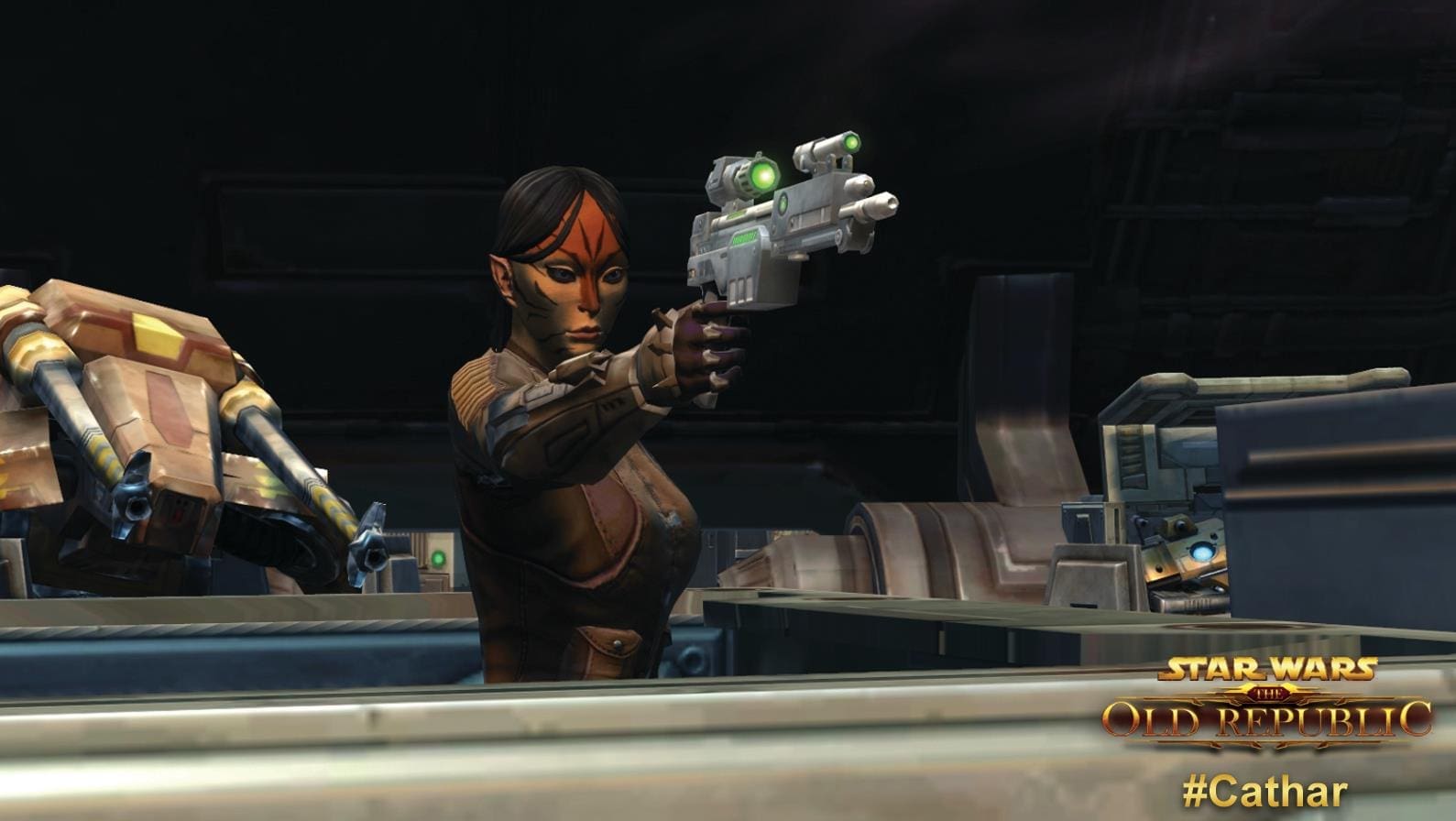 Right now you may be mentally asking me “Josh, but you don’t play Star Wars: The Old Republic anymore, so why should we care?”

Well, the answer to part of that is that GNN Gaming posts whatever news we find that we’re able to tell you about, and this qualifies as news. The second part of the answer should be obvious to anyone that follows me on Twitter, in that SWTOR has once again siren-called me into a loving embrace with its gentle bosom. The game is good and finally worthy of winning our MMO of the Year for 2012, but I’ll get into more on that in next week’s Constantly Calibrating and hopefully in an article sometime in the next week on Geek News Network.

For the last week BioWare has been hyping up the release of Cathar as a new playable race in SWTOR through the use of a reasonably obvious puzzle piece method of picture hiding. As of this morning the announcement is now official with the above picture. Cathar, the furry cat-like people first introduced with Star Wars: Knights of the Old Republic will be playable in patch 2.1: “Customization” for The Old Republic.

To see the Cathar in action, check out the below trailer:

So, right off the bat I need to comment on the obvious fact that they just don’t look furry, or even whiskerful in that trailer. At this point they just look like humans with painted faces from some local street fair. This is disheartening because the Cathar already in-game have a furriness about them. Perhaps when they’re actually launched the textures will improve.

Not much else is known at this time about what to expect from the upcoming patch, but titling it “Customization” certainly raises some thoughts and ideas. The most likely assumption is that some form of re-customization for people wanting to alter the look of pre-existing characters — akin to World of Warcraft’s barbershop — will be in. Possibly new character customization options for existing races would make sense as well. Brad’s assumption is that race-changes will also be added as well, which likely means that his Sith Assassins main will soon become the focus of my repertoire of feline-related humor.

What are your thoughts on Cathar finally being added into The Old Republic universe? What else would like to see, or even rather see in the game?

At this point all I’m capable of saying is that come patch 2.1 people should expect to see a gentlemanly (or gentlewomanly) Imperial Agent code-named “Whiskertaint” wandering the halls of ‘The Prophecy of Five’ server.

Update:: Have to love BioWare and their ability to put out updated information shortly after I make a post. They just put out the below video which shows off the upcoming appearance editor, which will in fact allow you to both edit features as well as race change. The video also shows off their planned color customization feature for armor.