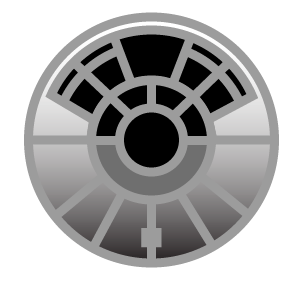 This story, and the project, has been around for a while, but I actually wanted the opportunity to talk with the mind behind the full-scale Millennium Falcon project. As you have probably guessed Chris Lee is constructing a full-scale Millennium Falcon on his property in Nashville, TN using blueprints from various sources for both the interior and exterior. As a Star Wars fan myself I thought, why didn’t I think of that? Of course, I had done a little construction project myself. But this was nowhere near as ambitious as this project, or as big. With the exception of a few posters, a lunchbox, and my license plate (REDSIXX), my love of Star Wars is kind of limited compared to Chris and his friends. I reached out to Chris to ask a few questions of what seemed like the ultimate Star Wars fan.

Can you tell me a little about this project and where the idea came from?

I first started seriously considering the Falcon as a project around 2005. I set up the website and started researching in early 2007.  The land where the Falcon will be built was purchased in 2006.  I had been working on my full-scale R2-D2 and had become obsessed with full-scale props and models and the Falcon is my favorite space ship of all time, and so those two things combined into where I wanted to make my own.

No one has ever done it before, not even LucasFilm. This is how I want to leave my mark on the world. Two quotes that inspire me are “Make no small plans. They have no magic to stir men’s blood…” Daniel Burnham and “Let me not seem to have lived in vain.” Tycho Brahe.

What are some challenges you face?

The biggest challenge has been figuring out how to fit the interior sets from A New Hope and The Empire Strikes Back into the exterior ship sets. The exteriors were never built to full-scale. To make it even more difficult the interior sets were not necessarily conceived in a way that would fit the floor plan of a full-scale exterior. An example would be the circular hallways. Compromises have to be made and luckily the research we have done and the resources we have located have meshed with recently released Lucasfilm artwork.

What happens once it’s completed?

We won’t be living in it. We get asked that often. We’re crazy, but not that crazy. I hope to develop the land into a creative retreat and possibly a school or camp for the maker culture.

Are there plans for more ships?

We will need some TIE Fighters to chase the Falcon.

How long have you been a Star Wars fan?

What is your favorite vehicle from Star Wars? Doesn’t necessarily have to be a space faring vessel.

There are three Star Wars movies.

So there you have it. Several portions of the ship have already been completed and more are on the way. In case you were wondering what the Disney acquisition of Lucasfilm means for the project Chris addressed that on the website:

Not sure how this will affect the 501st and Rebel Legions, as well as the R2 Builders and the Full Scale Falcon project. We have a great relationship with Lucasfilm and their fan relations. Disney is much more protective of their IP.

If you wish to follow the project and its progress, or if you want to help fund the project and get a sweet t-shirt, then head on over to fullscalefalcon.com where you’ll find photos, videos, and blueprints of the falcon itself.