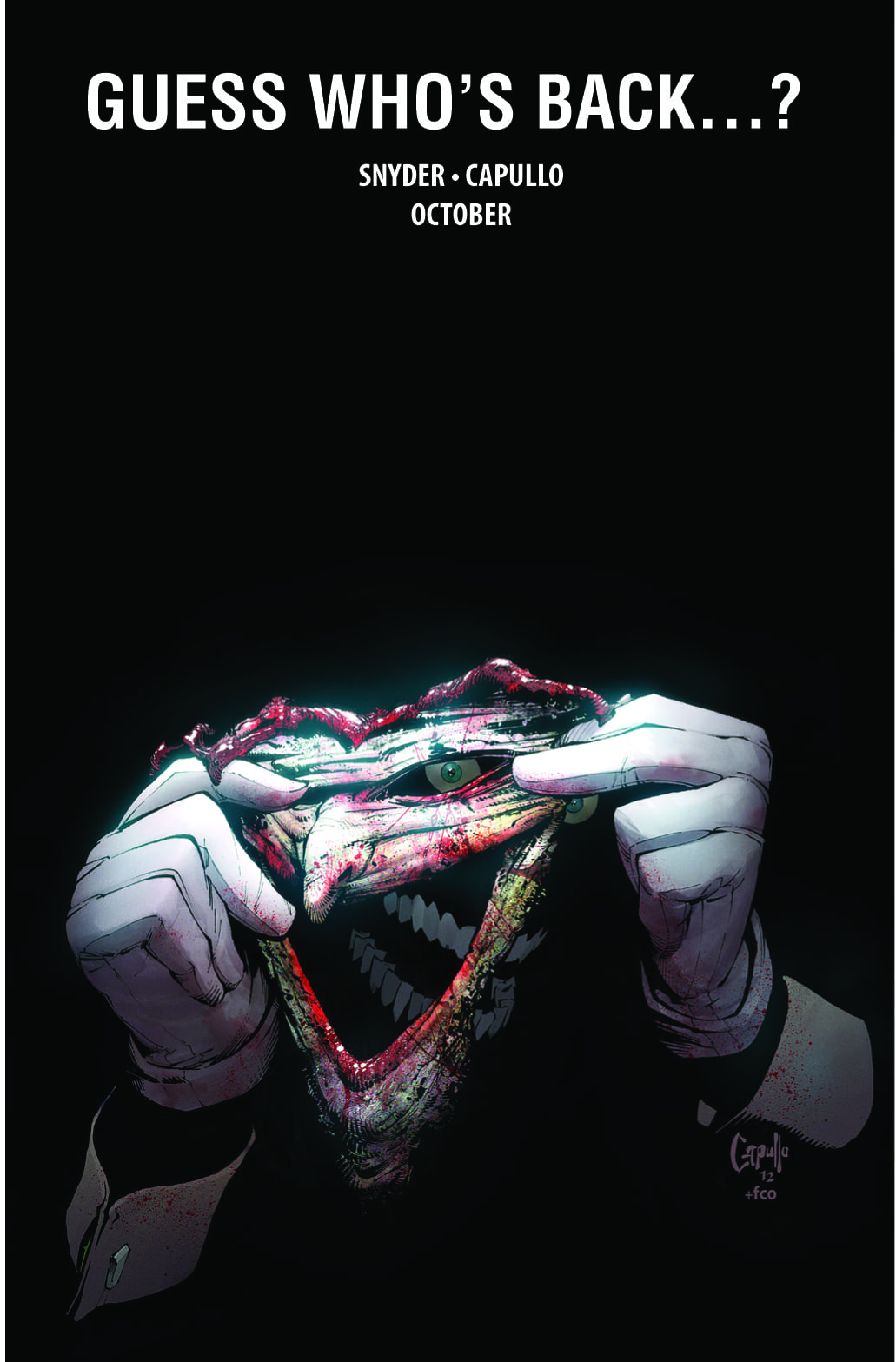 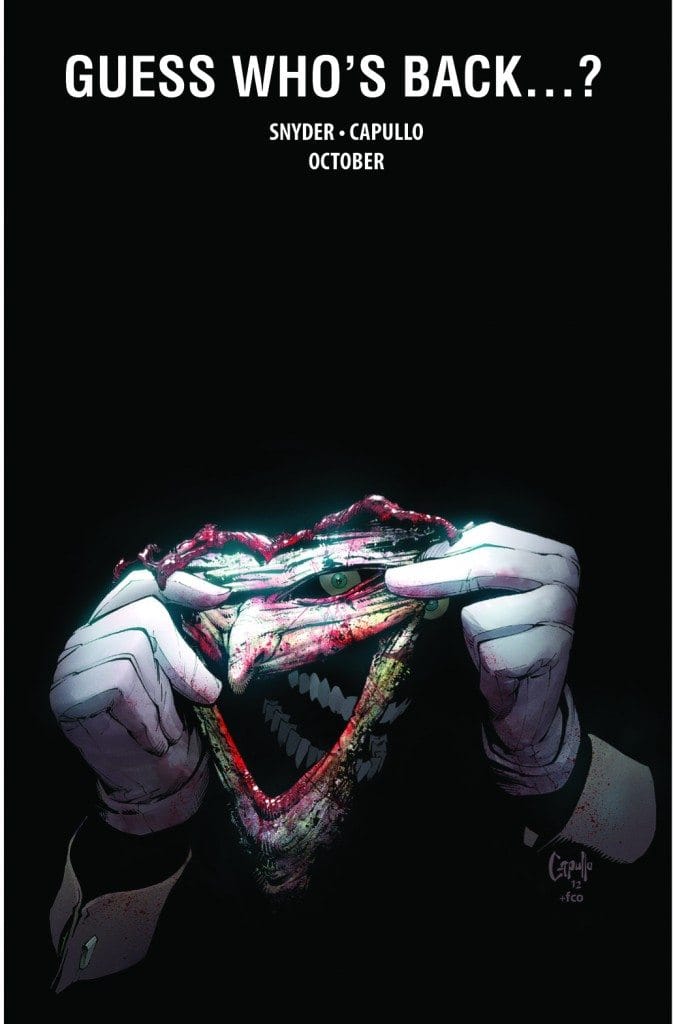 Since we last seen the Joker he had his face torn off back in Detective comics #1, it was confirmed in a blog post via DC comic’s source this afternoon, The Joker is returning in the next arc of mastermind Scott Snyder, killer artist Greg Capullo and master inker Jonathan Glapion, which begins in issue #13 in October.

What’s even better (and scarier) is the next arc is called Death of the Family which some people bring to mind the classic storyline A Death in the Family, in which Joker bested batman and killed Robin. Via DC’s post the source says, “He crippled Batgirl. He killed Robin. What will The Joker do next? And what must Batman do to protect his secret identity and that of those who fight alongside him?”

Here is what Snyder had to say:
“Joker is my favorite villain of all time. Not just in comics. In everything – film, books, TV. He’s the greatest, hands down. So this story is something extremely important and personal to me – something I’ve been building in my head ever since I started working in Gotham. Basically, this is my big exploration of the Joker, my ARKHAM ASYLUM or THE KILLING JOKE, only bigger in scope. Bottom line: it’s the biggest, baddest, most shocking Joker story I could tell. This is Joker completely unleashed. He has been away for a full year planning this revenge, watching, plotting, and setting things up. And now he’s back. He has his traps set, his knives sharpened… And wait ’til you see him. Greg’s sketches literally gave me chills. Point blank: This is Joker like you’ve never seen him before. He has a mission. He has a secret. And he has a serious axe to grind with Batman. It isn’t going to be pretty, but it’s going to be a wild ride. Thanks for taking it with us.”

But it seems Capullo couldn’t be more excited:
“When Scott told me that he’d written a Joker story for our next arc, I couldn’t contain my excitement. Talk about a dream come true! For me, the Joker is the ultimate rogue and the villain I most wanted to draw. I gotta tell you, after hearing what the story is about, this isn’t a dream come true. It’s a nightmare! A macabre and bloody, flesh crawling nightmare. We hope you’ll have the nerve to face what’s coming. Warning: It ain’t for the faint of heart!”

There aren’t words that can describe how excited I am for this. Snyder’s and Capullo’s current run on The Court of Owls has been a master piece. October is going to rip my face off (literally)!