Geek News Network
Home Reviews Events/Convention Reviews The Deal on San Diego vs Salt Lake… and What This Means... 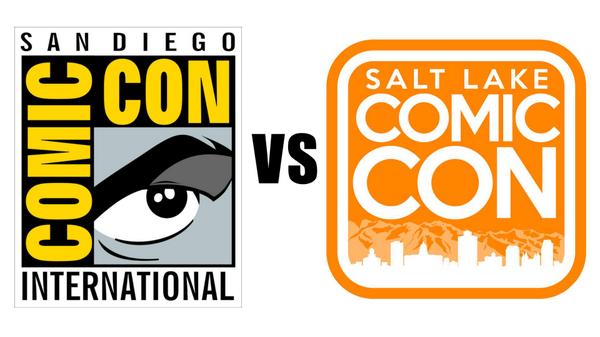 So depending how close you follow the convention world news, you may have heard of the legal feud between comic-con giant San Diego Comic-Con and the rising comic-con star Salt Lake Comic Con. If you haven’t heard of this, don’t be too alarmed… yet. In short, there is a pending trademark infringement case against Salt Lake Comic Con brought by San Diego Comic-Con. The basics, and wildly oversimplified version, of the case are “that’s my name and you can’t use it.”  This however, is not just a simple case between two conventions. The outcome of this battle could affect you and here’s why:

It started with a cease and desist letter issued from San Diego Comic-Con lawyers. In 2014 San Diego Comic Con started a battle over the term “comic-con” claiming that Salt Lake was infringing on their trademark “comic-con.” When Salt Lake refused to back down claiming that there is no trademark infringement on the term comic-con, San Diego Comic-Con sued Salt Lake Comic Con in the US District Court of Southern California. SDCC is citing the lawsuit on the ground that people are confusing Salt Lake for San Diego because their names are too similar. The alleged issue is not just that the names are “too similar,” but that there was a sense of confusion over whether or not the conventions were connected.

Now, you might think this is a bit ridiculous (and it is). For those of us who have been around, we know that not everything “comic-con” is San Diego. However, if you’re newer to the convention scene, you might not know or be aware that each con is typically run by the home city unless it’s a Wizard World Convention. However, it seems fairly simple to say “Nope, not ours” and move on as there are hundreds of conventions around the world that use the phrase comic-con. In fact, as Salt Lake points out, San Diego isn’t even the first to coin or use the term “comic-con.” The only thing SDCC has going for it is a trademark on their logos (past and present) and the hyphenated term comic-con, which isn’t even being utilized by SLCC. 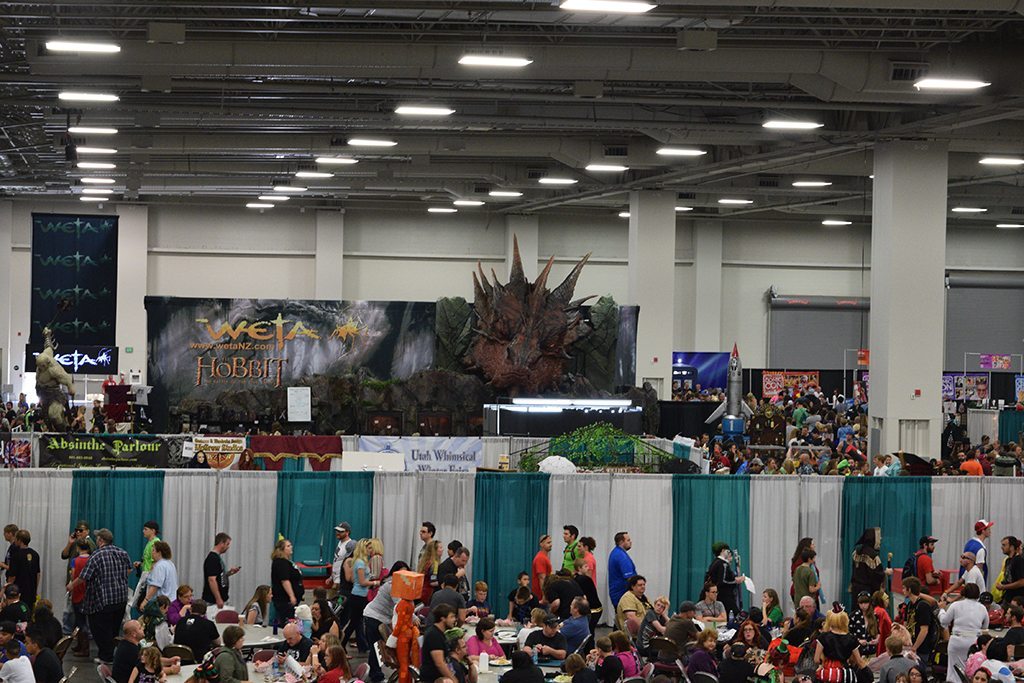 Why This Matters to You:

The feud gets better… not only is SDCC looking to stop Salt Lake from using “comic con” (hyphen or otherwise) but requested that SLCC relinquish all rights to anything they made or registered containing the words “comic con.” Now, this is where this case becomes extremely important for all comic conventions. If SDCC were to win any part of this lawsuit it would set a huge precedent for all conventions, including your local comic con, that if it happens to use the term “comic con” anywhere in its title, logo, or website it belongs to SDCC. This means my local convention, regardless of size or location, could now legally be controlled by SDCC. To some, this might sound awesome, but to many of us who grew up in our local convention scene, we would never want to see that atmosphere change. 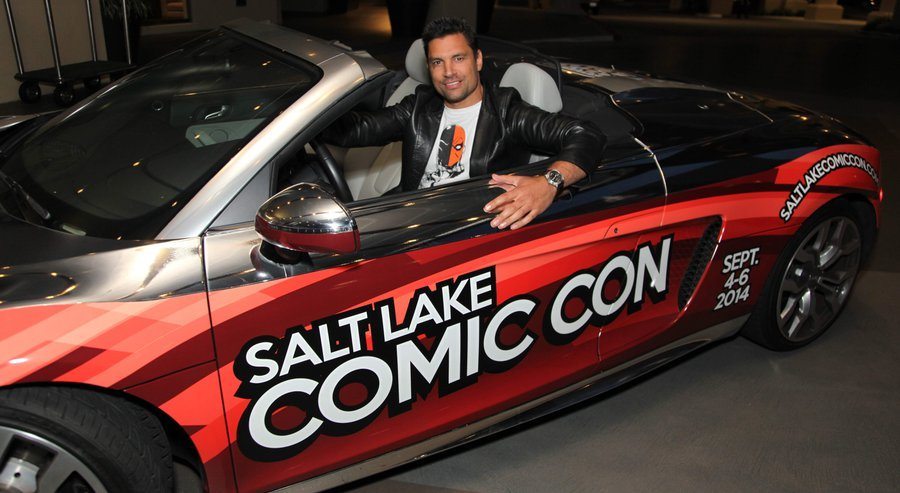 Like with all feuds, there are a lot of outside speculation as to why, but no real answers from the guys that started it. We have a few clues as to why San Diego decided to pursue their cease and desist, but it also raises more questions than it answers in some ways. One prevailing theory is that San Diego felt threatened in some way by Salt Lake. And there may be good reason to be.

Salt Lake Comic Con exploded on the convention scene in 2013 with a record breaking (not to mention mind blowing) 70,000 to 80,000 attendees in their first year. This obviously – and for good reason – brought a lot of attention to the fledgling convention and only helped it grow further. In its second year the convention saw over 120,000 attendees which nips on the heels of San Diego’s 130,000 attendees in 2014. It has become clear over the 3 years that Salt Lake has been out on the scene that it has given the comic-con giant a run for their money. The 2015 Salt Lake con only further proves they are a force to be reckoned with as they have scored big names such as Chris Evans for guest appearances. At this point you might think “Hey, there are other massive conventions out there who are also getting big name guests. Why pick on Salt Lake?” Well, let’s take our time turner back to July 2014…

The supposed event that sparked this feud is when Salt Lake Comic Con promoters drove a car decked out in Salt Lake Comic Con stickers down to San Diego Comic-Con in 2014 to advertise their new convention coming up in September. According to San Diego, several vendors asked if SLCC was at all related to SDCC. This apparently wildly upset the San Diego giant to the point they issued the aforementioned cease and desist. Again, we circle to the question of why? Well, not only is Salt Lake new, young, and exciting, but it’s in the same region as San Diego. This territorial encroachment may be the explanation to why San Diego is going after Salt Lake but not other large conventions like New York.

Another facet that may play a part in why they are going after Salt Lake is the type of convention and audience drawn to each convention. Over the years San Diego has gone from a purely comic convention to a much bigger Hollywood convention. San Diego is becoming harder and harder to get into as a fan or professional due to the amount of requests the convention gets from large movie making companies and celebrities. Not only is it just difficult to get into as a fan, but once you’re there it’s a mad house. It’s hard to get anywhere and almost impossible to see all or even some of the panels you want to get to. However, in comparison, Salt Lake reportedly runs a lot smoother and is easier to navigate through the masses. 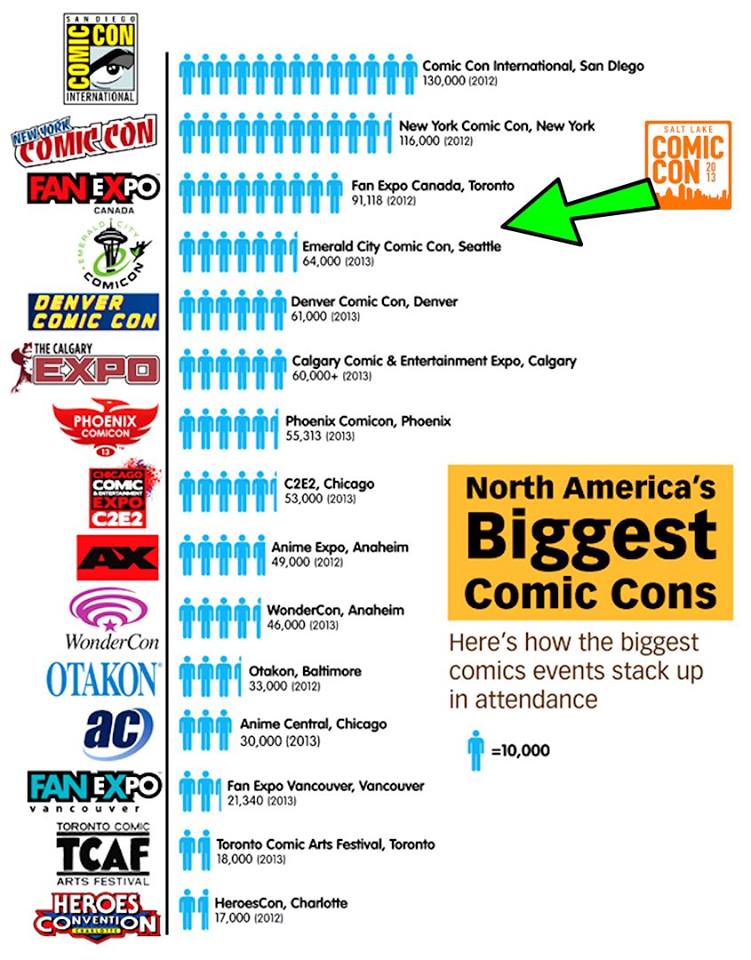 Just in the last month Salt Lake Comic Con has made a major stride. The US Patent and Trademark Office has granted the convention a trademark for Salt Lake Comic Con. Now I want to make clear a distinction in this case. Salt Lake’s position (which you can read in great detail here) is that “‘comic con’, ‘comicon’, and ‘comic-con’ are descriptive and it’s only when a city is placed before the phrase should that be able to be trademarked. As of July 14th, 2015 apparently the US Patent and Trademark office agrees.This is huge for the cause; not just Salt Lake, but all cons out there. This now sets the precedent that Phoenix Comicon and others can now bid for a trademark on their own names and this provides protection. However, despite this huge win for Salt Lake, the battle is not over. After negotiations fell through it’s come out that San Diego is taking Salt Lake to court. So there is still more information to come out on this. However in the midst of adversity SLCC is confident they will come out on top. The founder and co-founder of Salt Lake have come out this week to praise the USPTO for their decision saying “…it’s not just a win for us. This is positive for people using the term ‘comic con’ all around the nation” (Farr as quoted by McFall). So to all my fellow convention goers stay tuned for more information on this one and let us know your thoughts! 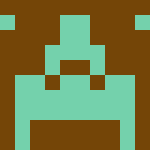