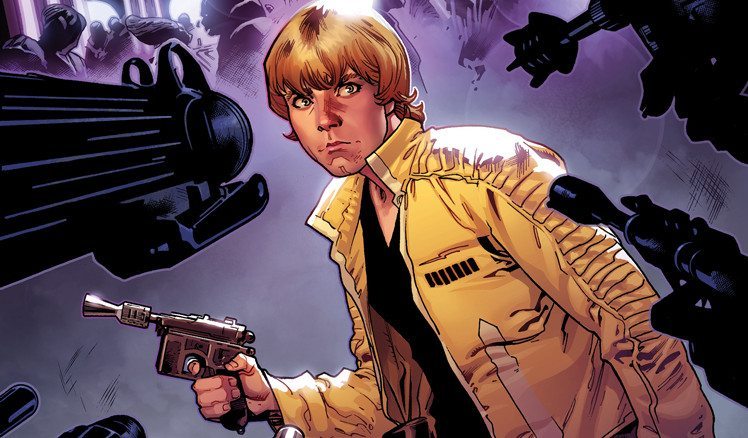 One of the coolest things in George Lucas’ STAR WARS movie prequels was the giant City-Planet, Coruscant. Home to constantly zipping air traffic, with scores of aliens from around the galaxy, not to mention the Jedi Temple, Coruscant was a happening place.

In August’s STAR WARS # 8, Luke Skywalker is drawn to Coruscant as he follows the clues in the newly discovered journals of the late Obi-Wan ”Ben” Kenobi. Joined on the journey by his trusty droid, R2-D2, the pair visits the scene of the Jedi Purge and discovers more than Luke had expected. Meanwhile, across the galaxy, Han Solo and Princess Leia meet a surprising adversary.