Geek News Network
Home Topics Books/Comics The Mighty CHEWBACCA Gets His Own Comic This Fall! 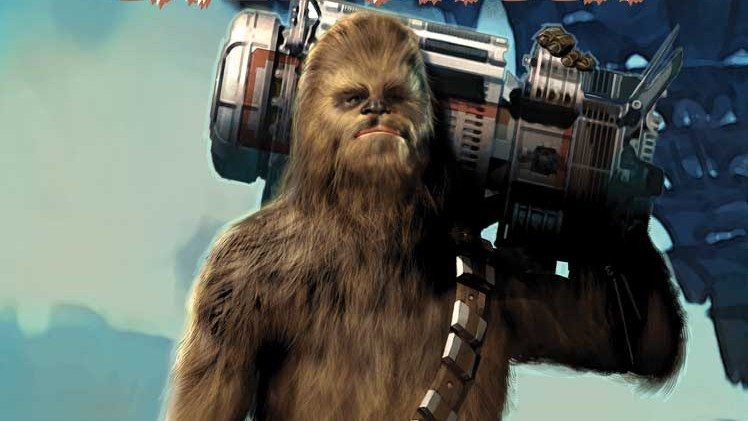 Chewbacca, the ferocious Wookiee warrior fighting side-by-side with Han Solo for so many years, will find himself with a new partner in Marvel’s Chewbacca #1 in October from writer Gerry Duggan and artist Phil Noto.

Duggan tells Marvel.com, ““He’s a hero, plain and simple. He’s a giant-sized underdog. He’s faithful, fierce, and can be playful. At the beginning of the story he’s on a very important mission. One he sets aside to help those in need. By the end of this arc we’ll have met the soul of the Wookiee. We’ll understand what he fears, and we’ll know why he picked up his bowcaster.”

In this new Star Wars adventure from Marvel Comics, Chewie will be assisting Zarro, a young fighter, whose planet is attacked by the Empire.  What’s a heroic Wookiee to do but lend a hand? “At first glance,” says Duggan, “she sees Chewie as the extra muscle she needs. The brains attached to those muscles will be a surprise for her….and I think how Chewie and Zarro manage to deal with the threat will be a fun surprise for fans.”

Catch the action-packed escapades when Chewbacca #1 attacks the comics stands (and digital platforms) this October!