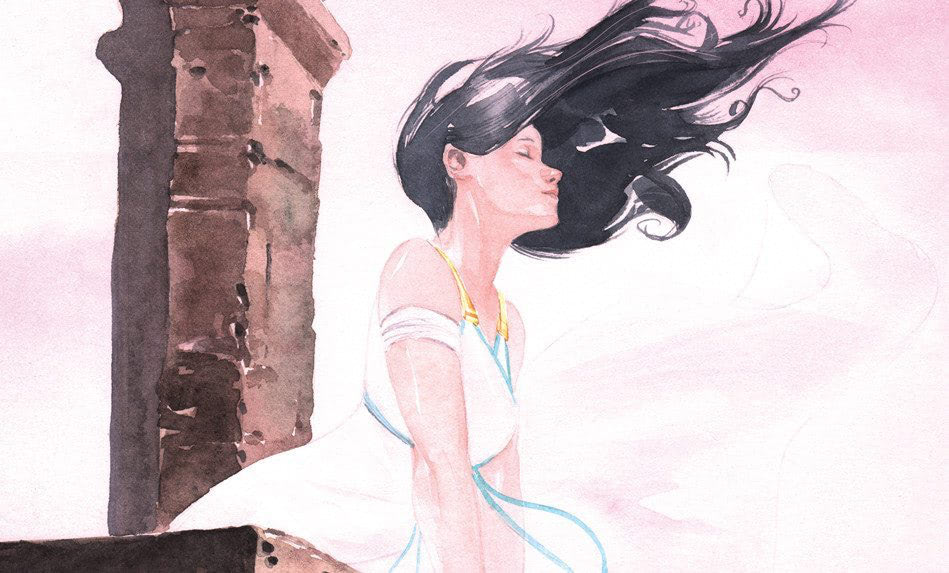 My history with Wonder Woman has been long and fruitful. Since I was a kid watching “Super Friends” on Saturday mornings, I evolved into watching Linda Carter’s live action exploits and reading LOTS of Wonder Woman comics.

DC Comics has changed the story around from time to time; her evolution from the original character as created in 1941 by William Moulton Marston (also creator of the lie detector) is basic and sometimes even considered a little sordid: Amazons living their eternal lives away from the world of men, the daughter of the Amazon Queen is sent to return a crashlanded pilot back to America; wearing a tight and a bit revealing costume, as patriotic as the American flag, with bullet-bouncing bracelets and carrying a magic golden lasso which forces anyone to tell the truth when she ropes them. She even has that awesome invisible jet plane.

With Wonder Woman set to appear in Zack Snyder’s film, Batman v Superman: Dawn of Justice, this March 25th, DC Entertainment took the opportunity last Fall in their Digital First line to tell the full story in The Legend of Wonder Woman, a 9-issue miniseries which unfurls the tale of how Queen Hippolyta creates her daughter Diana from the clay of Themyscira, and Diana’s destiny in bringing her mother’s dream world to life.

And what a dream world it is! The art by Renae De Liz (The Last Unicorn) is terrific with just astounding colors. The movement and style are beautiful. What I really appreciate here though is the humanity in De Liz’s writing of these characters.

With Issue # 1 mostly Hippolyta’s tale, you follow her hopes and dreams in not only her daughter the Princess, but for all of her people. There is a sometimes difficult mother-daughter relationship that pays off throughout, but there’s also the groups of young Amazons learning how to hunt, as well as the wonders to be encountered in the cradle of Olympian legend (Pegasus, for crying out loud!) which are endearing and you root for Diana as she wants to know more and be trained more than just as a Princess, heading her closer to being the hero we know and love.

I myself loved the character from birth to warrior. There is a fine line between fairy tale and the traditional one we know, and De Liz really sells the story with an obvious love of this world, this culture and it’s inhabitants.

I can’t recommend this series enough…and I don’t need to be tied in golden lassos to tell you the truth.