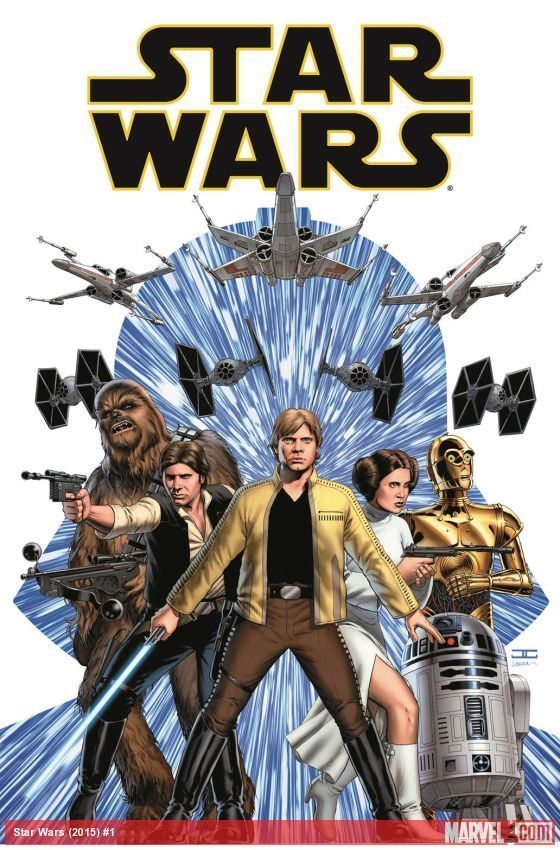 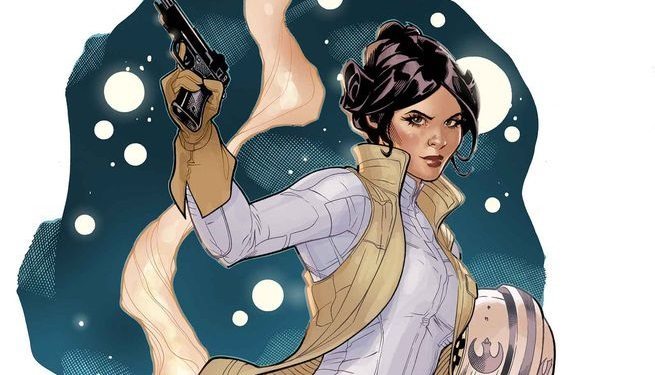 After the return of George Lucas’ Science Fiction/Fantasy masterpiece “Star Wars” to the confines of Marvel Comics in January (former publisher Dark Horse Comics lost publishing rights when Disney bought Marvel and then scooped up the “Star Wars” brand), the comics giant has released two on-going series, “Star Wars,” with its issue #1 reaching over 100 variant covers (collect ‘em all, kids!), and “Darth Vader.”  Both titles are set within the period just after the destruction of the first Death Star and “Vader” has crossed over into the “Wars” storyline.

But wait – that’s not all!  Marvel is running multiple closed-ended mini-series, each set within this early period timeline.  The first, “Princess Leia,” just finished its five-issue run telling a tale of how Leia is dealing with the loss of her home world Alderaan during the original film (or “Episode IV, A New Hope,” if you insist).

Next up is “Lando,” telling how Han’s old smuggler buddy ran a caper with sidekick Lobot to steal one of the galaxy’s priciest ships.  During the recent San Diego Comic Con, it was announced that the next title after “Lando” will be “Chewbacca,” finding our favorite walking carpet crash-landed on his own during a mission for the Rebels.  The interesting concept of this series is that there will be no thought balloons to tell the reader what the Wookiee is thinking and his vocals will be solely the grunts and growls we are accustomed to.

Additional “Star Wars” tales will be forthcoming from the House of M this September, filling in part of what happened between 1983’s “Return of the Jedi” and this December’s “The Force Awakens” in a four-issue series that Marvel is calling “Star Wars: Shattered Empire.”

September will see a veritable Death Star-sized explosion of new “Star Wars” content (as well as the release of Hasbro’s “Force Awakens” toys) before the release of “Episode VII” with various literary pieces being headlined as “Journey to Star Wars: The Force Awakens,” including the Young Adult novels “Smuggler’s Run” (Han Solo), “The Weapon of a Jedi” (Luke Skywalker), “Moving Target” (Princess Leia) and “Lost Stars” (featuring new star-crossed lover characters), all of which include hints and clues about the new movie, as well as the novel “Star Wars: Aftermath” by Chuck Wendig. “Aftermath” drops on September 4th, but starwars.com has just released an excerpt from the novel.

Stay with GNN as we make the jump to hyperspace and re-enter that galaxy far, far away!