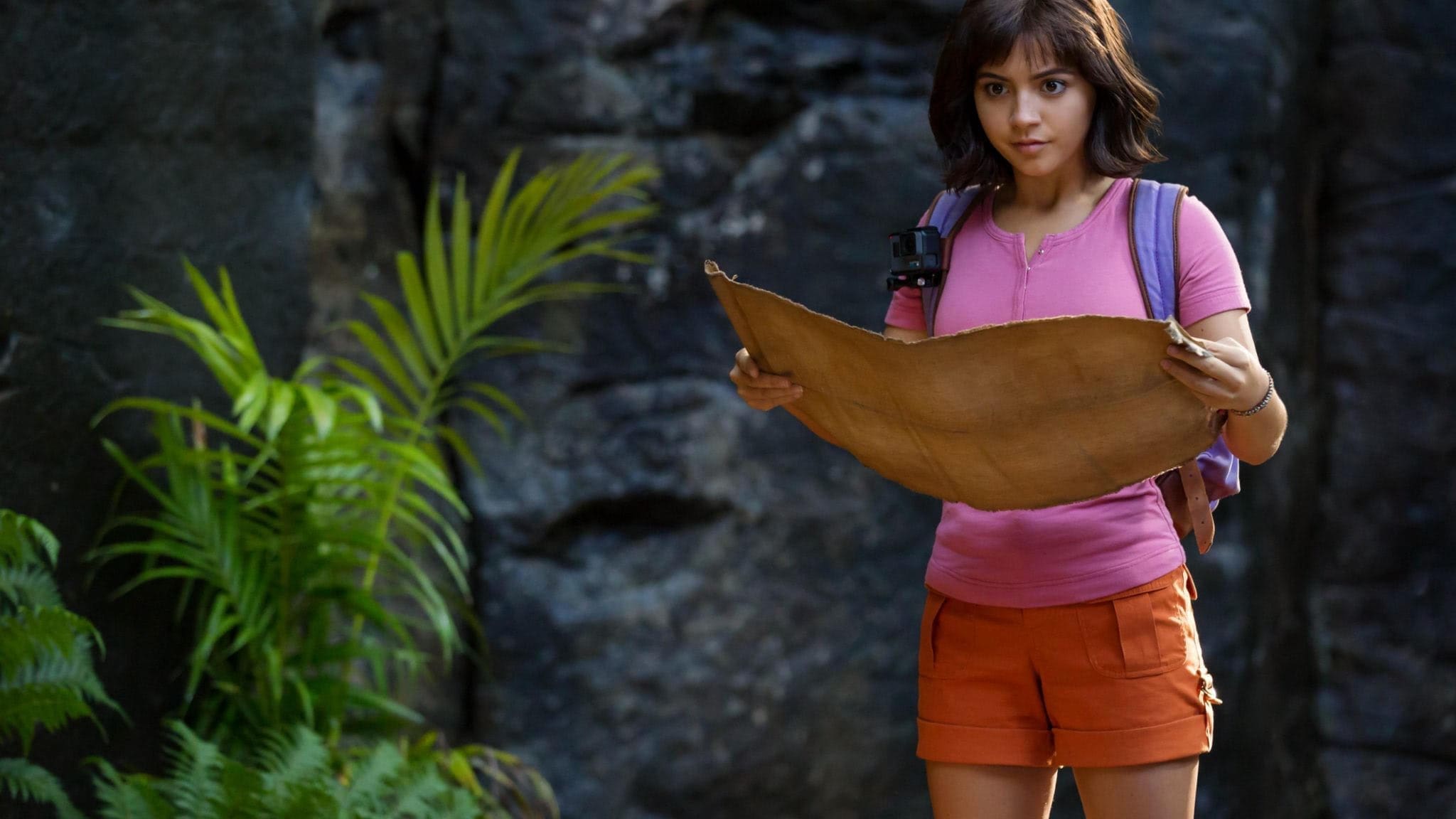 Can you say, “break the fourth wall?” Dora sure can, and this film proves that a children’s educational show can translate to the big screen. Dora and the Lost City of Gold is a charming and hilarious ride through the jungle, perfect for a family movie day during the scorching heat of summer.

The movie centers around Dora (Isabela Moner), who has grown up in the jungle being home-schooled by her explorer parents. Now a teenager, Dora thinks she is ready to explore the world. However, when her parents close in on the mystery of an ancient Inca city of gold, they decide to send Dora to live with her cousin Diego and attend a normal high school to make new friends.

Dora struggles to fit in, but during a field trip she is kidnapped alongside Diego and two other students. Mercenaries who are tracking her parents to find the treasure take the children to assist in their cause. Dora and her new found friends must traverse the perilous jungle in order to save her family, and save history from being swiped.

This movie knows how ridiculous it is and it runs with it. The jokes are on point right from the start and the nods to the original cartoon are clever. Isabela Moner plays the naive but eternally cheerful Dora with finesse, embodying a socially awkward teenage version of the character that feels natural.

The supporting cast is hit and miss, with one comedic standout of Eugeno Derbez as the bumbling professor. The other teens are pretty generic, Diego especially. Yet, their timing works and they keep up with the pace of the film.

The film is a pretty standard family adventure, there are no major twists and you pretty much expect how it will play out. There is one scene in the middle that is an exception, and it comes out of the blue but is hysterical in how unexpected it is.

The film slows down in the third act, with a bit too many jungle tropes thrown in. However, the charm of the main character and her quest to be a real explorer shines through and keeps things moving.

One thing I want to mention is the balance of language in the film. This is definitely geared toward an English speaking crowd, with Spanish used to convey the character’s heritage and education. I appreciated the Spanish flavor, but I was especially happy to see the use of Quechua, the language of the Incas. The utility of multiple Latin cultures was refreshing to see and really showed the care that these filmmakers had to representation.

Overall, this is a fun film to turn your brain off, kick back, and enjoy. It’s humor mostly relies on wit, with only a few low hanging fruit. The CGI Boots the Monkey and Swiper the Fox are a little jarring at times but fun. Just knowing that Danny Trejo and Benecio Del Toro voice the silliest characters in the film, makes it even better. They inject enough whimsy to remind us that this isn’t supposed to be taken seriously.

Dora and the Lost City of Gold releases August 9th, just in time for one last summer fling before school starts. And I have to say, es muy entretenido.

About Dora and the Lost City of Gold

Synopsis: Dora the Explorer is now a teenager and must face the jungles of high school. However, when her parents go missing, Dora and her new friends must enter the rain forest to find them as well as solve the mysteries of the Inca lost city of gold.