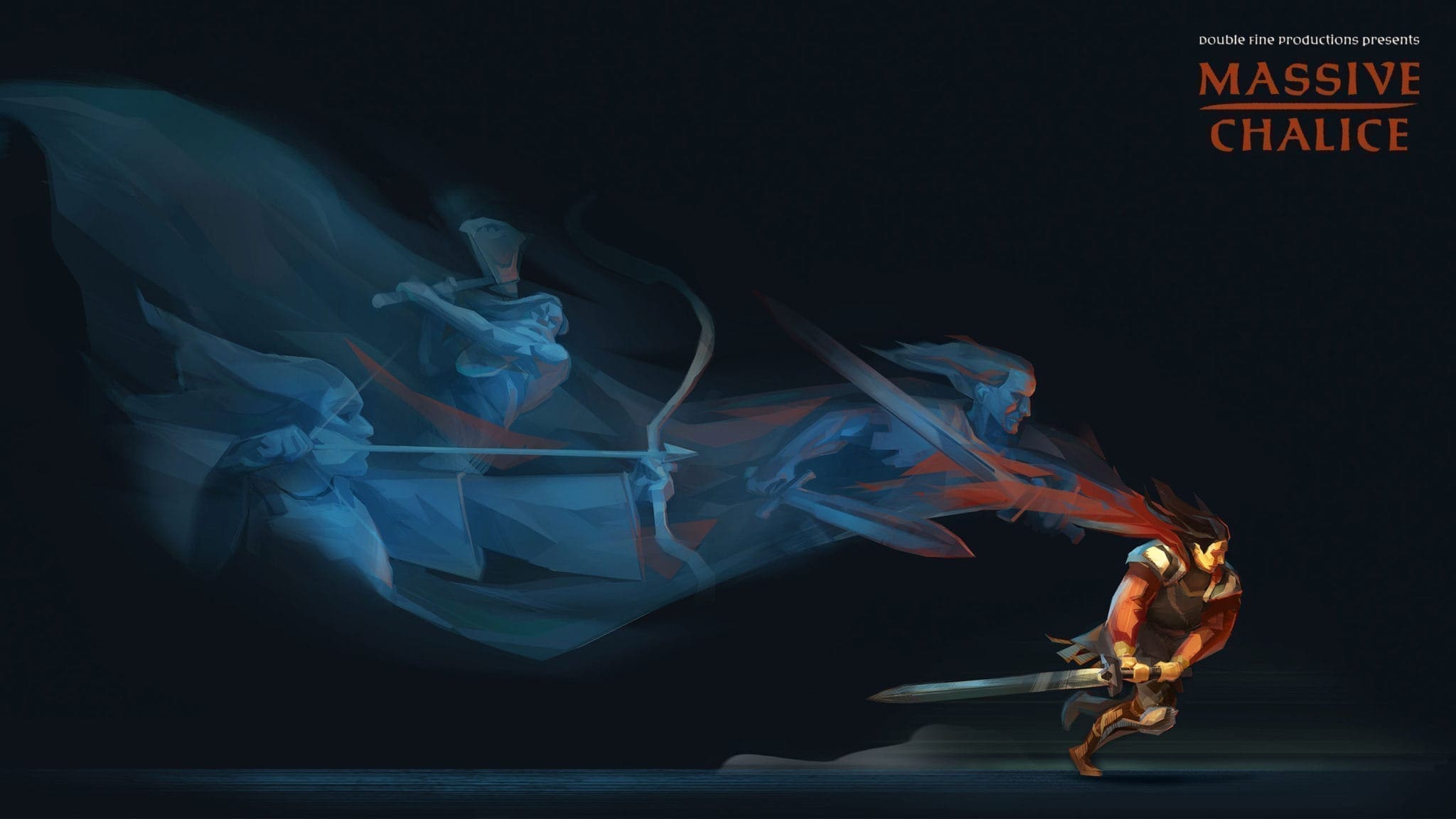 Double Fine Productions, creators of Psychonauts, Brütal Legend, and Iron Brigade, are hopping back on the Kickstarter wall once again; this time with Massive Chalice. You may remember last year’s explosion of Kickstarter funded games, starting with the “Double Fine Adventure Game”, later titled Broken Age.

As an immortal King or Queen, you must unite your kingdom under a powerful dynasty, eliminate the demonic threat, and reforge the MASSIVE CHALICE!

The game is structured into two main layers: strategy and tactics. In the strategy layer, you oversee your kingdom, arrange royal marriages, conduct research, and make the far-reaching decisions that will determine the fate of your legacy.

In the tactics layer, you fight brutal turn-based battles to defend your kingdom using small squads of customizable heroes.

Permadeath is inevitable: your heroes will grow, age, and eventually die. You’ll have to choose between keeping your favorite heroes on the battlefield or retiring them from combat to foster a new generation of warriors.

Drawing from roguelikes we love, content is modular and randomized. Each playthrough begins with a random assortment of male and female heroes from various bloodlines, guaranteeing that each game is unique. Your knowledge and skill will increase over multiple playthroughs, but the details of every game will change based on your decisions and the whims of fate.

You can check out the Kickstarter for yourself, and make sure to donate if it interests you. However, let’s be fair here , if it’s a Double Fine game, it should interest you!