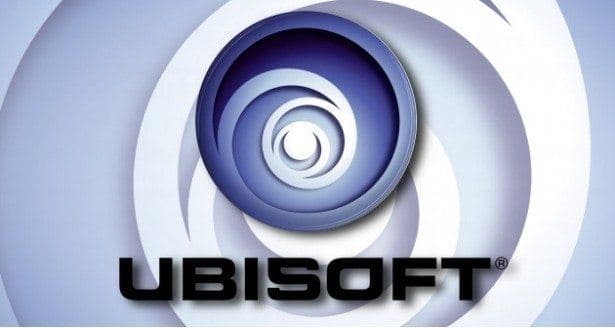 E3 2013’s elongated day one continues, with a look at Ubisoft’s press event. Ubisoft has not been seen in the best light these last few months, in light of the Patrice Désilets fiasco. The publisher did not let these issues faze them however, as they came out of the gate swinging; never letting up for even a minute.

Check out our recap below:

Learn Guitar with Alice in Chains

Jerry Cantrell, lead guitarist of Alice in Chains, started the show, debuting Rocksmith 2014. The game is the obvious sequel to 2011’s “teach yourself guitar” styled rhythm/music game. This time out Cantrell handled all the announcing, showcasing the wide variety of playable modes.

It was also claimed that this would be the easiest way for someone to learn guitar, something I may have to try out next year.

Sam Fisher Minus the Ironsides

Sam Fisher may no longer be voiced by the brilliant Michael Ironside, but that doesn’t mean the character won’t still kick and shoot some major ass. Ubisoft showcased a look at single-player, co-op missions and the return of the much beloved “Spys vs. Mercs mode” or previous Splinter Cell titles.

Rayman Legends made its debut last year as a Wii U exclusive title; a title that I actually referred to as the de facto system seller for the now floundering console. That was last year; now the game is going to be multi-platform, and it looks outstanding!

The visual style screams Rayman, while the music rocks your face back upon itself.

A Title So Long, Only Your Mother Could Love It; Also Swearing, Loads of Swearing

That…needlessly long title about sums up The Mighty Quest for Epic Loot. The game is currently in beta and looks like a hybrid of Dungeon Keeper and a trailer full of censored swearing.

Look for more from us on this game this week, and as time goes on.

I realize putting these two together seems like an odd choice, but my logic is that both only featured new trailers — awesome ones at that I might add. Neither one debuted much in the way of new features or new information. As such you can look for game-specific articles sometime this week.

An Assassin of Pirates

Assassin’s Creed IV Black Flag has been discussed nearly to death around these parts, but that doesn’t mean we’ve lost any of our excitement. The idea of exploring this fully-realized world, while hunting, stealing and raiding is something near and dear to my heart.

A Fusion of the Frontier

Trials Evolution is without a doubt one of the most versatile, awesome games to have released last year. Red Lynx has decided to play off of that versatility by offering not just one, but two sequels to the hit game!

Trial Fusion will be a straight follow-up to Evolution featuring new modes and features, including the ability to do tricks.

Trials Frontier will be a smartphone game, more in line with prior entries. Both games will work together, but detailed information on this has not been released at this time.

Travel the World With Your Friends

The Crew had that style of reveal where you simply sit staring at your screen trying to figure out, “Why should I care?” Then suddenly it clicks and you realize just how awesome a truly persistent online racing experience would be.

The idea of assembling a crew of friends to do challenges in a world that seems to be a mix of Need for Speed, Burnout and even shades of Forza is enticing. As is the fact that the entirety of the United States is your playground.

This next generation title needs a firm release date, and soon!

Economic Turmoil, Viruses and the Collapse of Society

Now we come to the showstealer of the day, Tom Clancy’s The Division. Much like last year, Ubisoft stole the show with the most enigmatic confusing lead-in trailer of all time, following it up with beautiful gameplay of Massive Entertainment’s upcoming MMO.

We’ll have plenty more on this game tomorrow, so don’t fret. Unless fretting is your preferred style of coping when something truly majestic crosses your path.

Sadly there was no Beyond Good & Evil 2, which means many a sad gamer in the world this evening.

Thus ends our Ubisoft recap coverage. Make sure you check out our look at Electronic Arts and Microsoft while we wait for Sony to take the stage.