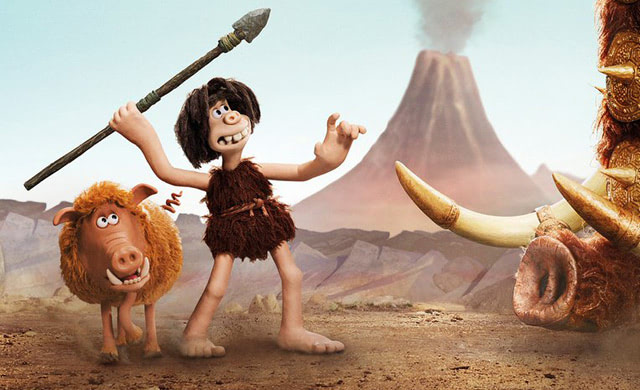 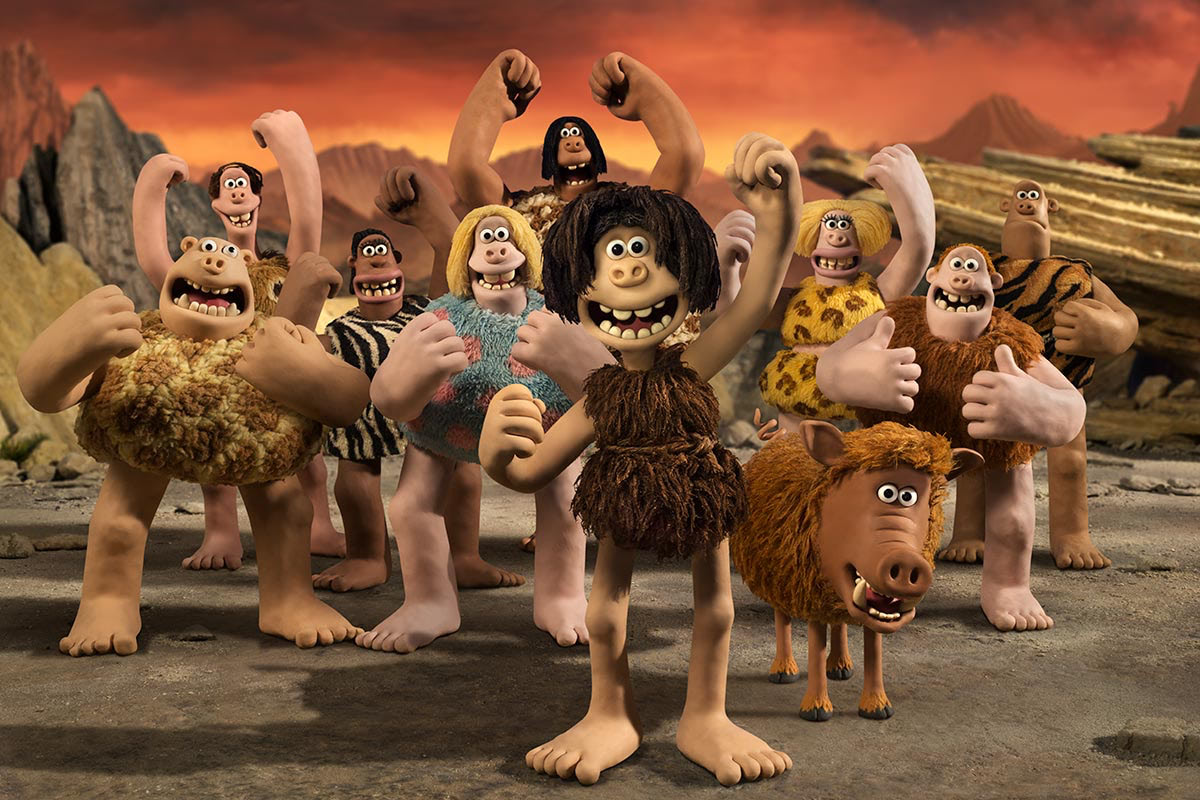 In the early days of mankind, as we fought against dinosaurs and mammoths, extinction level meteors, and our underdeveloped motor skills,  a small tribe of cavemen create the first ever game of football (soccer for American folk.) At least this is what the film wants us to believe. Early Man is a light-hearted jab at our ancestry as we moved from the Stone Age into the Bronze Age. The physical comedy and style from the creators of Wallace and Gromit are on point as usual, but the film falls flat in its voice acting and storytelling.

Dug (Eddie Redmayne) is a young caveman living among his tribe in a fruitful valley surrounded by harsh badlands. Dug yearns to hunt larger game such as mammoth but the chief is set in his ways as their people have been rabbit hunters for ages. Suddenly, their paradise is disrupted when a caravan of metal clad mammoths arrive and Lord Nooth (Tom Hiddleston) wants to clear the valley to mine for bronze. Cast out into the badlands, Dug is suddenly separated from his family and taken to Lord Nooth’s grandeur city where he is mistaken for a football champion and sent out to the field. Dug challenges the football champions in exchange for his homeland to be returned and Lord Nooth accepts confident that Dug will lose.

Along the way, Dug meets a young girl who wants to become a football player but is not allowed on the field because of her gender and she teams up with him to train his tribe to defeat the reigning champions. It’s a fairly predictable plot with the usual twists and it’s a pretty bland story, but the witty comedy and physical gags keep you entertained along the way.

The film has a major weakness leading to its final act where Lord Nooth tries to sway Dug to betray his tribe and forfeit the game. The logic behind this betrayal is unremarkable and really silly but not in the way they intend. It feels like a rushed addition to the film that doesn’t quite sync with the tone and pace and leaves me wondering if there was a far better series of scenes left on the cutting room floor.

With the all-star talent the Nick Park had at his disposal, the second major grievance I have with the film is the voice acting itself. Tom Hiddleston plays the delightfully greedy villain but rather than his usual smooth British accent, he delivers the lines in a confusing dialect that sounds French, Russian, and sometimes even American. Even worse is Maisie Williams who slips in and out of a Scottish accent and American which is so distracting to the viewer that it makes each scene without her in it all the better. Eddie Redmayne does just fine with his performance of the plucky main character but with so much talent at the helm, it seems that Nick Park’s direction needed a new course.

If you are not a fan of Aardman Productions or haven’t seen Nick Park’s previous work, I would say that this is a perfectly acceptable film to enjoy with young kids. However, if you are looking for a witty and charming claymation, you are better off watching Wallace and Gromit instead.

Synopsis: A plucky cave man named Dug, his sidekick Hognob and the rest of their tribe face a grave threat to their simple lives when Lord Nooth plans to take over their land and transform it into a giant bronze mine. But when Dug stumbles upon the sacred game of football, he unites his tribe in order to challenge the champions to win back their home.