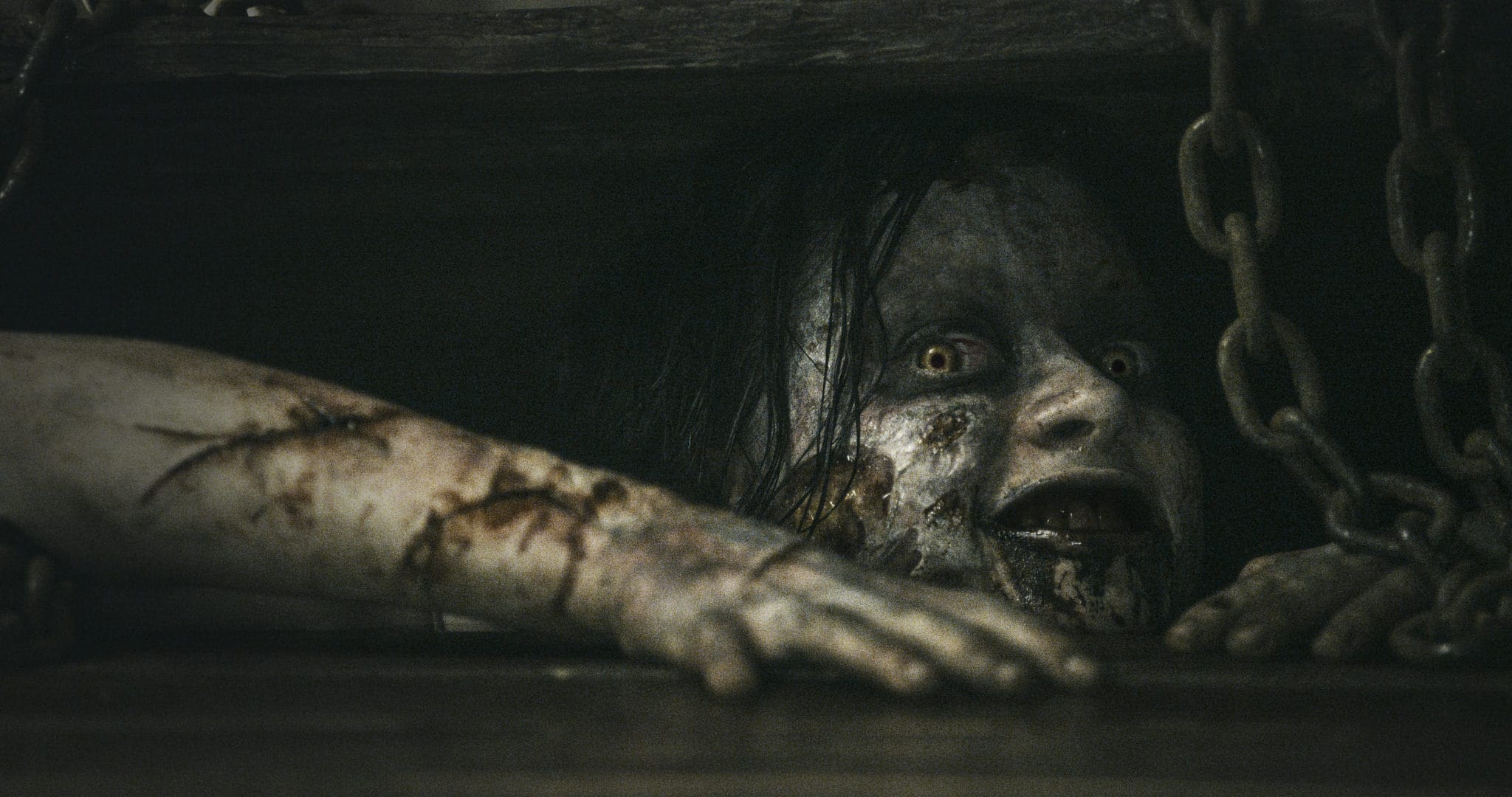 Just to let you know right off the bat, I have never seen the original The Evil Dead (or its sequel for that matter), but I love Army of Darkness. It’s one of the first movies, along with Raising Arizona, that I could recognize the second it came on the TV and that made me curious to find out what other stuff the director had done. I didn’t want to watch the original because I wanted to go into Evil Dead with an open mind and not be jaded by the original. Rest assured The Evil Dead is in my Netflix queue and I will be watching it as soon as I’m done writing this.

Evil Dead is interesting because it started out years before as a remake by Raimi himself and reportedly “fizzled out.” In an interview we posted here earlier Raimi stated that director Fede Alvarez was hand-picked by himself, Bruce Campbell, and producer Robert Tapert. So unlike remakes like Red Dawn, Evil Dead had the backing of the original creators and was set up by them. The Evil Dead has a very large and faithful following so the fact that the remake had the support of the creators gives it a bit of credibility that most remakes don’t get. It’s also interesting to note that Evil Dead is not exactly a remake and acts like a sequel/remake. As you may know Raimi is also developing an Army of Darkness 2, and a sequel has been announced to this movie and then, later, the two would collaborate on a seventh movie that would merge the two story lines. But as you know nothing in Hollywood happens until it happens so don’t hold your breath on that one.

Evil Dead is Fede Alvarez’s first full length movie and if this is what he brings to the table then I can’t wait to see more. This isn’t just a typical horror movie. This thing is beautiful. The art direction, photography, and story-telling techniques are all magnificent. The forest surrounding the cabin the kids are trapped in really feels like a character in the movie in that it weaves such a thick maze that even if the characters were to escape they would be trapped forever, much like the hedge maze in The Shining. One particular scene in mind happens toward the end. The last remaining person is standing outside the now burning cabin and it starts to rain blood. The combination of the red and the fire creates an aura around the cabin that is a very striking visual.

This isn’t your typical scary movie. There aren’t a lot of jump scares as it more tries to get you with the gross outs, but it isn’t the torture porn gross outs like the Saw movies. You may have heard stories of people fainting and leaving the theater to puke, I wasn’t fortunate enough to see any of those, but I was with someone who witnessed a fainting at another viewing. To me those reports are a little exaggerated because I didn’t find it that gross. Yes, it was cringe worthy and there were a few times I turned away from the screen, but those instances were from my own quirks I guess. Maybe I didn’t find it that gross because I’m so desensitized. If you have a weak stomach then maybe this movie isn’t for you, the last scene is literally filled with blood.

In the much anticipated remake of the 1981 cult-hit horror film, five twenty-something friends become holed up in a remote cabin. When they discover a Book of the Dead, they unwittingly summon up dormant demons living in the nearby woods, which possess the youngsters in succession until only one is left intact to fight for survival.

Based on the Motion Picture “The Evil Dead” Written by: Sam Raimi