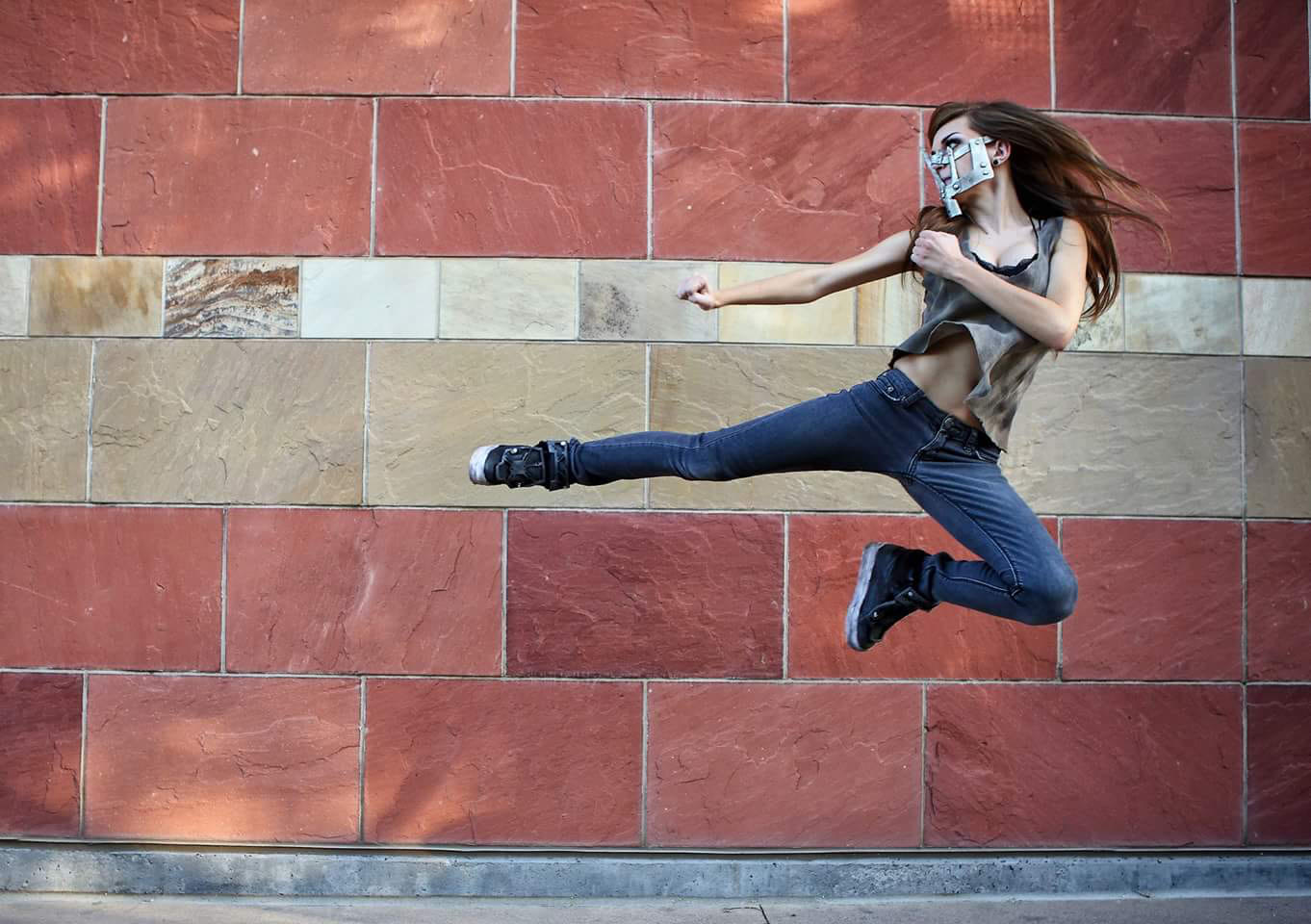 Hello fellow Geeks! It’s cosplay time! This week we’re featuring the beautiful Krash Cosplay, who comes to us from the surprisingly lively desert known as Arizona.

Krash has been officially cosplaying for a little over five years now and has made an amazing impact in the cosplay community, even having been featured in a recent fan project, the “Women VS Cosplay” 2017 calendar! So what got this local beauty hooked on the wonders of cosplay? We took a moment to ask her some questions and she gave us a little peek into her world!

What first got you into cosplay?

I was invited with my friend Sean to go to San Diego Comic-Con in 2011. I made my first Assassin’s Creed costume (Ezio from Brotherhood) for it and everything.

What inspires you to make a new cosplay?

I’m usually drawn to strong characters and I also like to favor gender bend cosplays (female cosplaying male characters or vice versa). I like to challenge myself and creating a feminine costume from a male silhouette is a fun challenge for me.

What is/are the main goal/s you hope to achieve through cosplay?

I have lots of goals. I think that’s the trick. If you have lots of goals you never wanna stop. My biggest goal would be to do voice acting for an Assassin’s Creed game or even be a booth babe for them would be nice haha. I’d also like to do another big worbla build like my Charizard.

Is there any advice/words of wisdom you would like to give to aspiring cosplayers?

If you want to start cosplaying but don’t know what to do, the answer is to just do it. If you can sew, start making a costume. If you can’t, then buy one or commission one custom for you. The best way to start cosplaying is to jump into it headfirst. I started cosplaying with only being able to sew. Now, I know how to make patterns, sculpt, make molds… the list is endless. YouTube is your best friend. I still use it for research. One thing I’ve learned in this community is that there are different ways to make something. You gotta find what works for you and the only way to do that is to start. Another important thing about the cosplay community that every aspiring cosplayer should know is: don’t let people get to you. If you have haters that means you’re doing something right. If you’re doing what makes you happy then who cares what anyone else thinks, right?