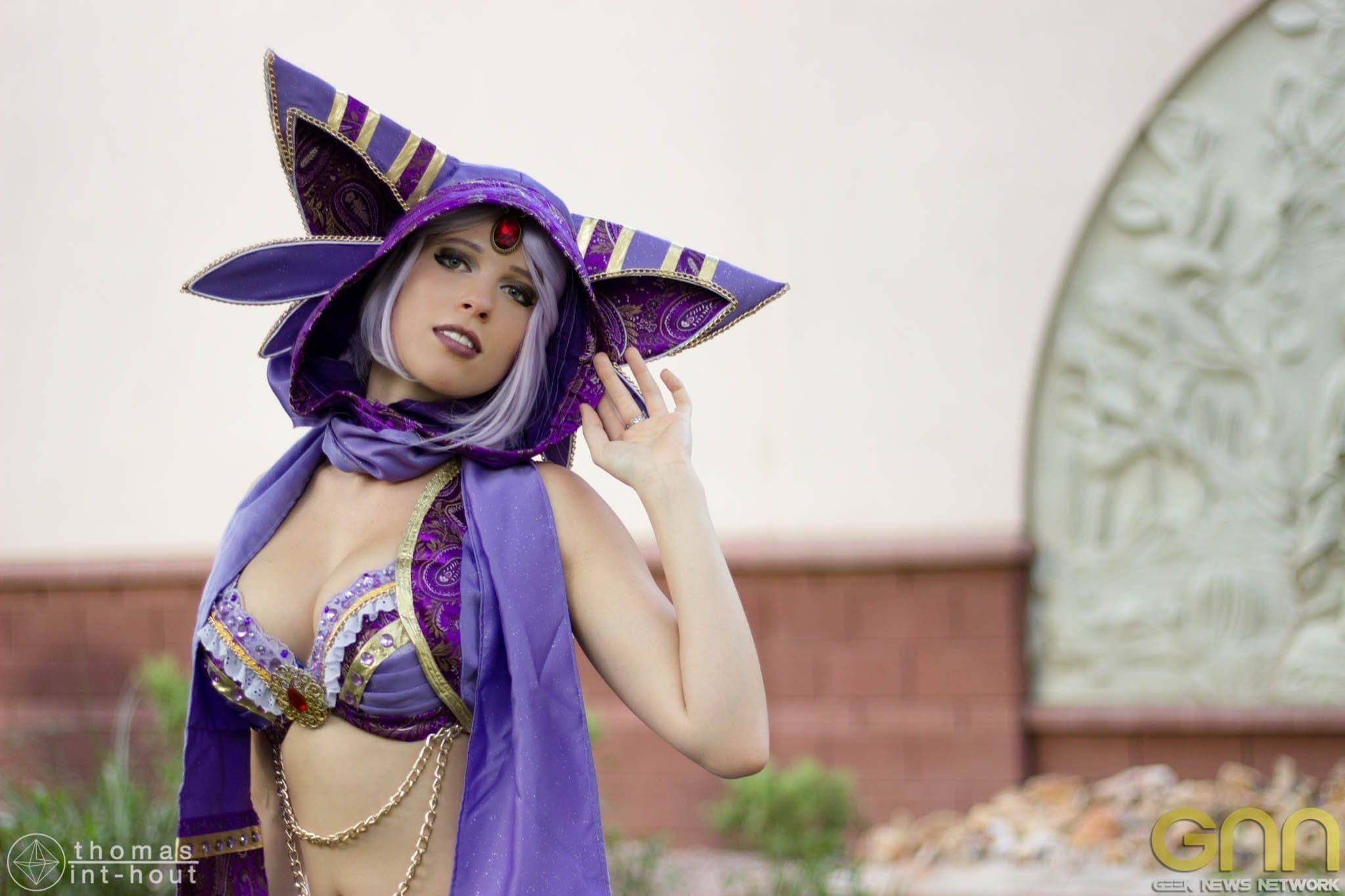 Facebook
Twitter
ReddIt
Pinterest
Linkedin
Tumblr
Telegram
Email
Welcome back to the Geek News Network’s Featured Cosplayer page! This is where, once a week, we introduce you to cosplayers that you should know about.

This week, we here at GNN would like to introduce you to Meagan Cosplay. She is a fairly new Arizona based cosplayer who as of late has been gaining an immense amount of popularity and fast.

Meagan really came into the cosplay scene when she debuted her amazingly unique Kratos from God of War cosplay at the 2014 Phoenix Comicon to an enormous amount of love and support. After the 2014 PCC, her popularity continued to skyrocket with new cosplays and convention appearances. Some of her other popular cosplays include Sly from Sly Cooper, Spider Slicer from BioShock, and Blossom from Powerpuff Girls.

Not only has Meagan been an up-and-comer in the cosplay community by doing amazing cosplays and making her own props but she is also dabbles in modeling. Meagan has been featured a number of times by the amazing photographer Larry Alan beside other amazing models.

All in all, if you haven’t heard of Meagan Cosplay yet, you should definitely fix that soon! Her remarkably creative and spot-on accurate cosplays are perfectly complimented by her wonderful personality.

Below you can see some awesome photos of our featured cosplayer as Espeon from Pokémon. Meagan wore this amazing costume at Phoenix Comicon 2015 as part of an “Eeveelution” duo along side Jessica Nigri who wore Umbreon and made both of the costumes.