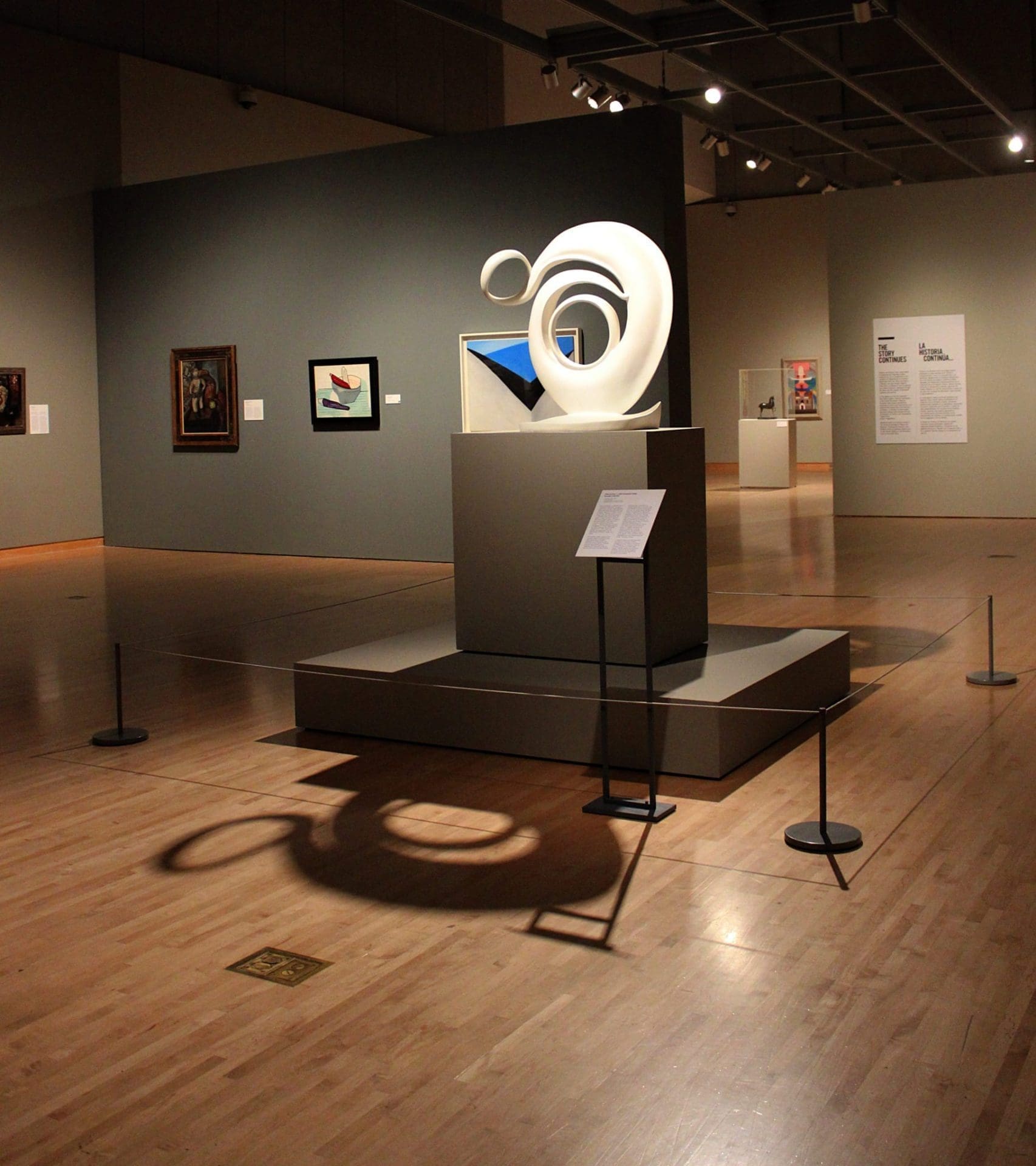 Last Sunday, June 7th, the Phoenix Art Museum welcomed their newest exhibit “From New York to New Mexico: Masterworks of American Modernism.” This dynamic experience is actually from a private collection from the Vilcek Foundation and supplemented with a few regular pieces from the Phoenix Art Museum. The Vilcek Foundation was founded by Jan and Marica Vilcek, two private collectors that have a passion for American artists that are foreign-born. The Vilceks are originally from Czechoslovakia, a country that was broken up into the Czech Republic and Slovakia in 1993 and have only been collecting art since 2001. However in that time they have managed to collect a wide range of modern American pieces such as works from Georgia O’Keeffe, Arthur Dove, and Marsden Hartley. Last Friday I attended a sneak peek into the exhibit and got a chance to meet the Vilcheks and talk to them about their collection and how it came be. Marica, who was a former curator for the Metropolitan Museum of Art in New York explained that their collection was not intentional and had no cohesive theme to it. However when they stepped back and began to consider donating their pieces to a museum they discovered a subconscious motif of American artists responding to European Modernism. Marica said that her work in the museum realm lead her to create the foundation to keep the collection together rather than donate or sell of the paintings to various galleries. I have to admit just from viewing the collection all together I can say they made the right decision. The pieces range from nature based abstractions to geometric cubism which can seem wildly different but combined together create a cohesive story of American art in the 20th century. I asked Marica where their collection resided prior to the foundation and she explained that all of the work seen was in their New York apartment decorating many of their rooms. When the foundation was formed and they were preparing to show them in their first gallery, the moving company came and packed all of the paintings within two days. She said it was almost like losing a loved one,  their home went from vibrant and colorful to barren in less than 48 hours. While they have purchased a few since then to replace the ones in their apartment, the bulk of the collect remains with the foundation and will serve to help generations of artists to come. Walking through the exhibit I couldn’t help but get sense of passion in all of the pieces. Vibrant colors and bold shapes are seen through all of the pieces and really shows the energetic nature of these American artists. While European Modernism took the world by storm, there is no denying the influence that American artist had on the 20th century movement and how they will continue to inspire artists across the globe.

For information on the Vilcek Foundation and their work you can visit their site here.This exhibit will be on display until September 7th and you can find out more about here or for general admission and inquiries you can visit the Phoenix Art Museum website.

5 Steps to Get Your Craft On