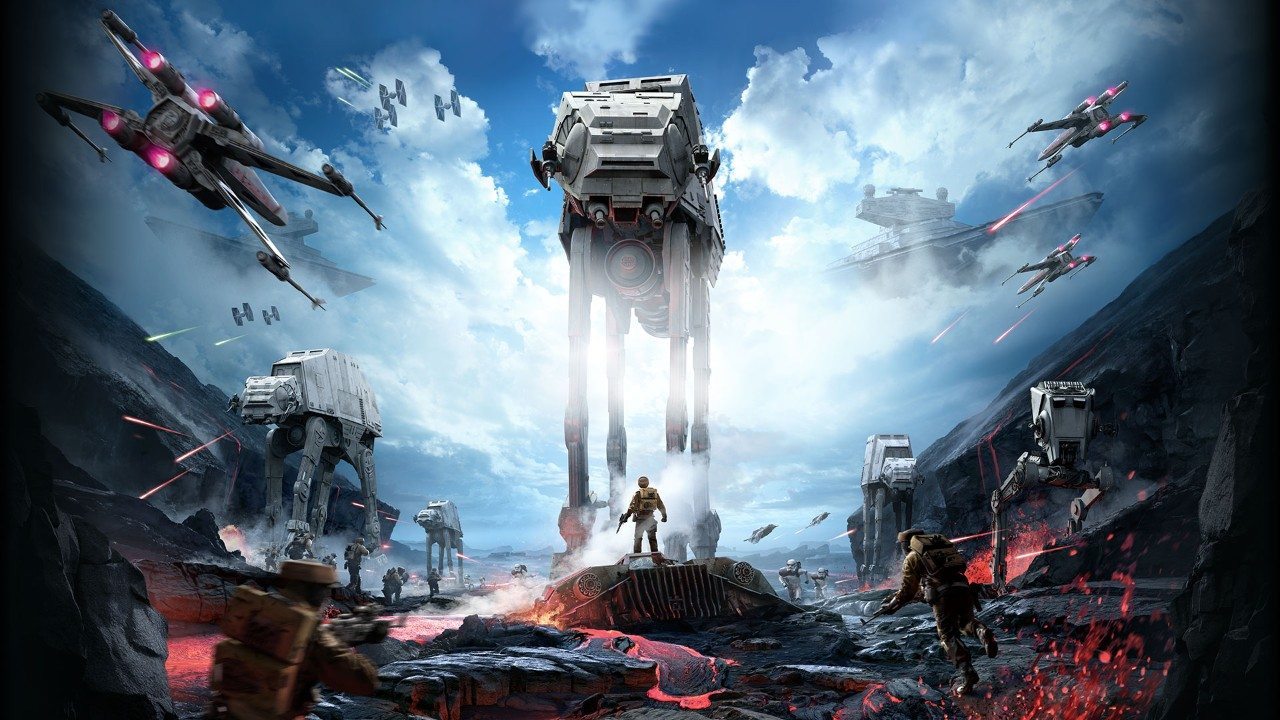 I’ve been reading social media commentary about Star Wars: Battlefront, and I have to say, I find your lack of faith disturbing.

Commentators are bashing the new game based on issues that plagued past games by EA DICE, such as Battlefield 4, which had a long list of DLC items, but felt too barebones right out of the box. This is the kind of issue that make fans wary of new products like Battlefront. For good or ill, we now live in a world of micro-transactions and online multi-player with no couch co-op.

The Battle here is between what PC gamers, and console gamers expect of the game. Each group has their own reasons to love the series. Historically, PC gamers played the series for the online multi-player, the large scale ground battles, and the epic dogfights in space, as well as access to hero and villains during battles. Of course, PC gamers enjoyed the single player aspects, such as galactic conquest modes and story modes; story mode really shines in Battlefront II, with its focus on the 501st Battalion, perhaps the greatest squad of clone troopers in Star Wars history. But, however epic these modes were, for PC gamers battlefront was all about the large-scale online play.

Console gamers, on the other hand, didn’t have the luxury of online play (the only way to get online with a PS2 was a terrible modem system that failed more often than it connected.) For consolers, the meat of the gameplay was two-player co-op mode with a friend, or the single-player experiences common to both versions of the game. Battlefront was the best game, at the time, that represented Star Wars on a galactic scale.

Gamers are also focusing on what they won’t receive in Star Wars: Battlefront, rather than focusing on what they will receive. Unfortunately, console gamers, you will not be getting the dedicated story and campaign modes you want, at least not in this round. The developers at DICE are likely to build these features into expansion content, or perhaps a sequel. And do you seriously believe that these battles will not be story-driven? Have patience: your voices will be heard. Meanwhile, sit back and enjoy the greatness that is about to be bestowed upon you.

PC gamers complain that there are no space battles. You will still get epic dogfights and ship combat you desire! What’s so great about a space battle anyway, just the fact that it’s in space? How is a space battle better than a dogfight over a beautifully detailed planet scape? Space is bleak, boring, and lifeless. In my opinion, DICE has made a smart move, and trust me, when you see the game, you will agree.

What else can you expect from Star Wars: Battlefront? Gameplay will focus primarily on the original trilogy, with warzones across four planets: Endor, Hoth, Tatooine, and Sullust. These battle sequences are rich with story from the Star Wars universe. Those of us who loved co-op or two-player couch play will be getting missions, specific challenges that recreate  iconic moments from the original trilogy, such as the battle for Hoth. These missions are designed to be replayable with various customization settings, and can be enjoyed online with a buddy, or offline with split-screen play. EA DICE knows we want couch co-op and they are keeping it alive. The company wants to bring you a rich, immersive experience, letting you focus on one great element at a time, rather than spreading it all out.

DICE is not just re-skinning their previous releases. They are keeping the feeling of Battlefront alive by making small tweaks in gameplay. For example, weapons will not have a zoom function, you will fire from the hip. Scoping is reserved for certain guns such as the sniper rifle. The game also does away with player classes, in favor of a more unique mechanic: allowing players to personalize their characters by choosing equipment. I believe this decision will deliver a strong connection between players and the fighters they choose to create and develop. Many more features will be added, including a partnership feature, which will bring this game together by allowing us to spawn with a friend and share unlocks. I suggest my readers go out and research all of the many facets of this gem of a game; If I mentioned them all here I could go on for days.

Don’t judge the product before release. If you are one of those who think it will fail, don’t pre-order the game. Wait to see the reviews and feedback of other gamers, or wait until gameplay footage is released and see for yourself.

Everyone else: your wait has finally paid off! You are about to play one of the best Star Wars experiences that has ever been offered, period. I will attend E3 this year and I will report what I learn about this game to you all. Thanks for taking the time to read this article, and may the force be with you! See you online in November!