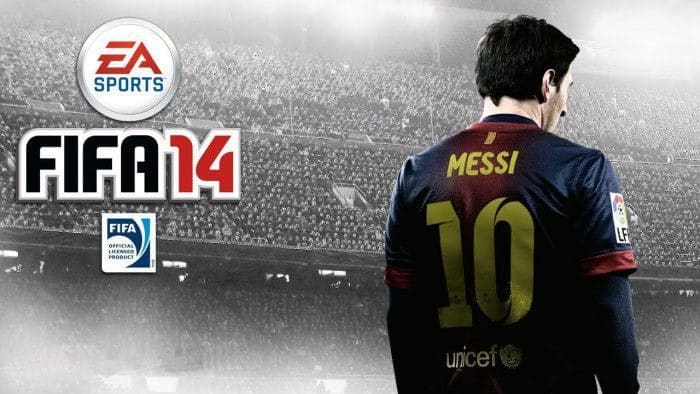 FIFA 14 is fundamentally the same game as FIFA 13, it has the same game modes and gameplay with only a few tweaks here and there. So do these somewhat slight alterations make the game better and improve upon what was already great with FIFA 13, or do they set the game back and make you want to stick to your old FIFA?

The gameplay of FIFA 14 is where you will find the most changes over the past game. It is hard to imagine a better soccer gaming experience than what was put forth with FIFA 13. But what they were going for in this game was realism, and it worked quite well. Before in previous FIFA games you could just drive the ball down the pitch and go in for quick scores, it required little passing ability and was a lot of fun. But with this year’s FIFA you have to strategize and make smart passes, meticulously taking the ball down the pitch. They have improved the AI’s defending and made it more difficult to score, which makes it all the more rewarding when you eventually do. This is my favorite part of this game and real soccer matches, the anticipation of the goal and the buildup of how it happens. I never thought it was lacking in the previous FIFA game, but it is ever present here and makes the game more realistic and in my opinion fun and rewarding. There is a certain weight to the players and the ball that I also quite like in FIFA 14. What I mean by that is you can tell the difference between the speedster wingers and the maybe larger mid fielders or defenders. Players also have a new sense of momentum and it is harder to stop and start suddenly. And it is weird to think that there is a different weight to the ball this year but there is. When going for passes or crosses in previous FIFA’s, it seems like the ball would just sail with ease and passes were easy. But now you have to put a little power behind your passes and just dribbling the ball feels different. And my favorite part of the weight of the ball being different is going for crosses or kicking a corner. It is hard to describe but it just feels right, it is more realistic and when you get a goal off of a corner it is way more rewarding than in FIFA 13.

There are a few more little changes to the gameplay this year that also help contribute to the overall realism of the game. You can now shield the ball from the defender like you could not before. Shot physics have been changed from last year, and your shot can now dip and knuckle in the goal unlike in FIFA 13. And my favorite gameplay tweak is that the ball is no longer seemingly glued to your foot. It is much harder to lose the ball, or have your pass intercepted. This makes it more challenging and somewhat more difficult but again it is more realistic. I can see how people may not like some of the changes from the previous game, because it slows the pace down and makes it a bit harder to score goals. But I think these changes are definitely a positive and I appreciate the realistic approach they are taking. The game modes are pretty much the same from FIFA 13, but they too also have a few alterations, however their successfulness is a question for debate.

Ultimate Team is probably the most popular game mode in FIFA 14. If you don’t know what Ultimate Team is, it’s a game mode that allows you to collect and trade players in order to build your “ultimate team.” You can open packs of cards that have players, managers, stadiums and tons of other things. You can trade or sell these cards, or start them in your line up. The big change between this Ultimate Team and those in the past is the importance of team chemistry. If you don’t have players that play in the same league, or are from the same country or a few other attributes, then your team chemistry will be low. Tinkering with your active squad to get that chemistry takes time, but I think the addition of team chemistry this year is a good change. Career mode is the other most important game mode in FIFA 14 and it too has also only gotten a few minor changes. In FIFA 13, I would say Career mode was by far my favorite. I would play as a manager and veg out playing through a few years with a team. The fun part of this mode is that you can build your team however you like, whether it be from the bottom up with youth scouting, or buying big name players in the transfer market, or somewhere in-between. Career mode is pretty much the same this year, except for the addition of the Global Transfer Network. Instead of just signing players on the transfer market, you have to scout them out first and learn their attributes and how much they are worth. And while I love scouting out players for my youth squad, I was not crazy about having to scout out stars that are in the same league I was playing in. At one point I made an offer for a player that I had not scouted and I think I overpaid for him a bit because my offer was accepted on the first try. But Career mode is still a lot of fun and is a great time waster for sure.

The one thing that is a bit of a disappointment is that the graphics are not that much of a step up from previous games. I am looking forward to playing the next FIFA game on the next gen consoles, but for right now, I think the graphics are just good enough to pass, not good enough to brag about. Having said that, though, the in-game commentary is the best in any sports game you will find, and my favorite new change outside of the gameplay is the menu design throughout the game. It was revamped from FIFA 13, which is great because I thought that was the worst thing about FIFA that year. I thought the menus were a bit confusing and I didn’t know where things were at times. Now, everything is laid out clearly and in a very appealing way, and it is much appreciated.

FIFA 14 did not make any revolutionary changes from the previous year’s game. However, the alterations they made in gameplay that slow the game down and make it harder to score do make the game more realistic and more rewarding when you are able to get the win. I think they could have done more with some of the game modes. Honestly, FIFA 13 was a great game and FIFA 14 built off of that success to make a more polished game. FIFA 14 is more challenging, but also a lot of fun. If you are a franchise veteran, or someone just looking to get into a new sports game, I think it is definitely worth picking up .