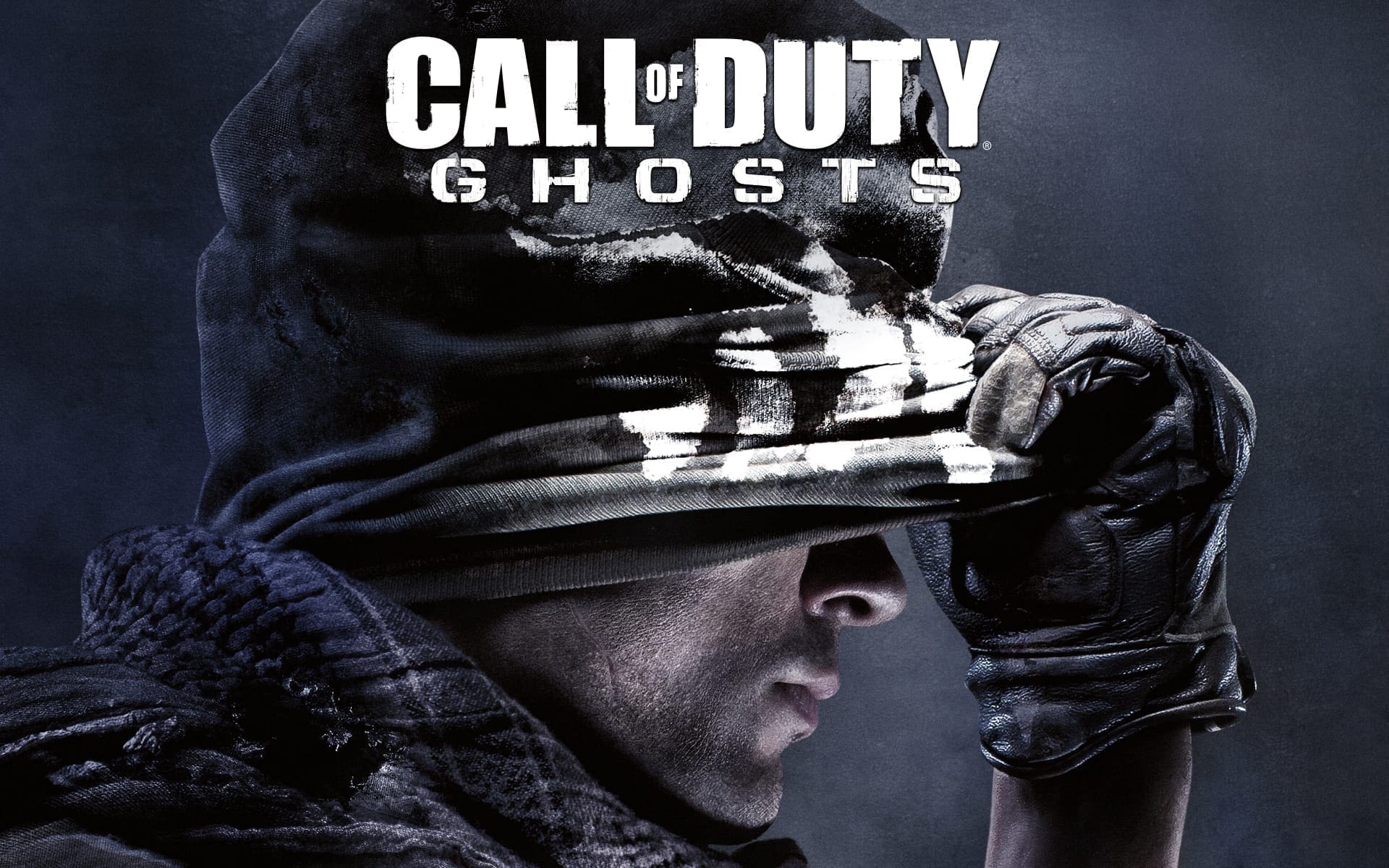 Love it or hate it, Call of Duty: Ghosts is here and it seems to have people split. Either they’re tired of a new Call of Duty coming out every year, or they have been waiting in anticipation for a new one. Is it just another blockbuster money grab repeating the same tired formula? Or did Ghosts do enough to differentiate itself and set itself apart from previous Call of Duty games? I guess you’ll have to read on to find out!

For me, this is one of the best campaigns they have done in recent games. The story is set in the near future, in a world where oil-rich South American countries unite and create the Federation. The Federation goes to war with the United States and it’s a bit of a stalemate. You then get to play as ghosts taking on the Federation in the somewhat broken beat down United States. The missions in this campaign are really unique, and you’ll find yourself in unforgettable moments that you didn’t have in previous Call of Duty games. Early on, there is a mission in space where a shootout takes place. This is really cool because there are still space physics going on, and it felt like the movie Gravity, only with guns. If you shoot a bad guy in the face, their helmet explodes, which is awesome! There are also missions where you control an attack dog, and you have to sneak past enemies and scout out an area, or take out enemies before you move in. There is an underwater mission with sharks. There are missions where you take command of vehicles and drive tanks or fly helicopters. There is just enough variety to keep it very interesting and I never found it getting stale. It is also one of the longer campaigns taking about 10 hours to beat. Overall, the Ghosts campaign really shines and proves to be a memorable experience. There are several new features that have been added that change it up quite a bit. Just on the gameplay level, there is smoother player movement, whether it be jumping out of a window or climbing over something; it all seems more fluid and natural. They also added a sliding option, a bit like the long power slide you can do is Crysis 3, but it works and is a neat new addition. Aside from gameplay, the other main new feature in Ghosts is the ability to Create a Soldier. For the first time, you can choose your gender, as well as body type and equipment. It’s a nice feature. It’s not quite as revolutionary as it sounds, but I like that they added it. They also brought in new guns and more kill-streak rewards, but that is pretty standard in new Call of Duty Games.

The multiplayer has come back with the usual Team Deathmatch and Free-For-All, but they also added more creative game modes as well. With these new modes, I think they have addressed issues that people had with multiplayer in the past, such as camping and teamwork. They’re addressed with the new modes, and I think they were really successful in adding new variety.

This is a bit like Search & Destroy but rather than automatically having a single life every round, you drop dog tags. If your team member recovers the dog tags, you get to respawn. But if an enemy recovers them, you’re out until the next round. This really forces you to stick together and work with your team. When I first played this mode, I ran around solo and quickly realized that I wanted someone there to pick up my tags. This mode goes by really quick if everybody goes in lone wolf, because you only have one life. So teamwork is really emphasized here, more so than any other mode.

Infected is probably my least favorite of the new game modes, but it’s still a bit of fun. It’s exactly like Infected from Halo. One person is chosen in the beginning to be infected, they get some throwing knives and a knife to shank people with, and as they kill people, those victims become infected as well. How it usually works is, either there becomes a few infected people and the team wipes them out ending the round, or all but one person becomes infected, therefore a long hunt is conducted to infect the last person. The game mode is alright, but probably not one I see myself playing too much.

Cranked is what I like to call the anti-camping game mode, and I love it. You’re in a team death-match type of mode, but when you get a kill, you have to get another kill in the next 30 seconds or you explode. This is probably the craziest of the new modes because you have people running around like mad men trying to get another kill in 30 seconds. And if you do camp, you are most likely going to die. If you have played any of the previous Call of Duty games, you know that camping is extremely annoying and a really big problem for some. It seems like they addressed the issue here with Cranked. Hunted is a very interesting mode and it feels a bit like the Hunger Games with guns. Each player starts out with a hand gun with 10 bullets and as the game progresses, there are crates dropped from helicopters containing different guns. Each crate only has five guns in it, so you have to get there fast. This is another anti-camping game mode because you only have a hand gun with 10 bullets, so it’s basically impossible to camp in this one.

Blitz is probably my favorite mode. There are two teams; you have to run into the other team’s base and touch their portal to score. The first team to 16 points wins, and there’s a halftime at 8 points.  It’s a lot like capture the flag, but instead of having to run the flag back to your base, you score the second you touch their portal, and are then transported back to your base. My strategy for this one is to take the most roundabout way to the enemy’s base and sneak in behind them to run into their portal. You can also run in with a few teammates and let them fight it out with the enemy. When everyone is dead, you run in for the score. Both ways work well, and no matter how you play it, this is a very fun game mode. My only real gripe with multiplayer is about the maps and spawn kills. It seems like the maps are, for the most part, huge. There are a few small maps, but often you’ll find yourself searching for a while for someone to kill. And in a mode like Cranked where you only have 30 seconds to get your next kill, a large map can make this difficult. As far as spawn kills go, it seems like this is more of a problem than it has been in the past few games. There are times when you’re spawned in just the worst spots and are therefore killed instantly. It doesn’t happen enough to make you not want to play or anything, but it occurs just the right amount to remind you that it’s there and it’s still somewhat annoying.

Squads is a new mode where you get to use your created soldier and play co-op with up to six other people online with their soldiers. Squads counts toward multiplayer XP, so you can rank up your character and unlock more weapons/perks. There are four game modes, Squad vs Squad, Squad Assault, Wargame, and Safeguard. Squads is nice at first when you are trying to level up your character, but I’m not sure how much you’ll really go back and play it afterwards. With the new multiplayer modes and Extinction, Squads gets somewhat lost for me.

Extinction is basically the zombie mode from previous games, only with aliens. There are several other changes as well with different perks you can purchase in-game, and different classes you can select. The aliens themselves are really just a different experience from anything else in Call of Duty games. They are fast, they climb buildings, they jump around frantically, and they’re much more difficult to kill than regular soldiers or zombies. This game mode is a lot of fun and it just shows again the variety of changes they put into this installment. As far as the graphics go, it is on par with the rest of the Call of Duty games, but it’s not really a big step forward. However, with the next-gen consoles coming out, there will obviously be a much larger improvement.

Overall I would say that Call of Duty: Ghosts made a lot of positive changes and really tried to break the mold a bit. The campaign is exciting and offers a wide variety of missions. The new multiplayer game modes are probably my favorite of all the changes they made. They offer a much-needed break from Team Deathmatch and Free-For-All, and there is now a ton of variety.  Extinction is another great addition that was unexpected, but much-needed. They really addressed issues with multiplayer and made it a more enjoyable experience. Squads is a bit lost in all the new changes, and I wish some of the maps for multiplayer were better. However it is hard to deny that this is a really good FPS. If you’re going to buy a next-gen console, I would say wait and buy this game when they come out. The teams for multiplayer will be bigger, which suit the bigger maps, and the graphics will obviously be better. However if you’re simply trying to decide if it’s worth it to get it at all, I would give it a chance. It’s fresh and I think it has a lot of positive changes from the previous tired format.