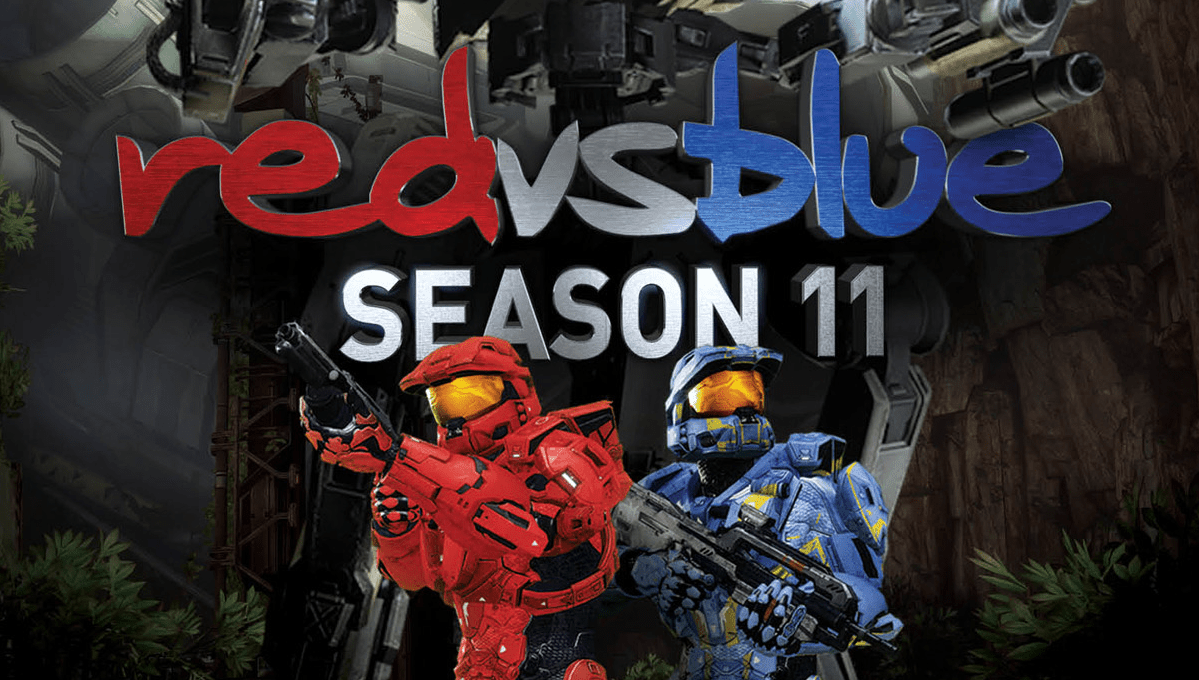 Over the last decade, the series Red vs. Blue has gone through many changes. Originally the show spent five seasons with the same cast of characters, with an addition here and there, talking to each other in assorted locales from Halo: Combat Evolved & Halo 2; mostly box canyons and box canyon-like places. Then with season 6 they branched out, bringing in my personal favorite, Agent Washington, and going out to explore more of the universe created by Burnie Burns. Ultimately this led to a huge change in content, as seasons 9 and 10 shifted from straight gameplay, into heavy animation orchestrated by Monty Oum, Director of Animation for Rooster Teeth. The tone and setting of the show also changed drastically with season 10, as it became a joint prequel/sequel to prior seasons, focusing heavily on what led to the beginning of the series; also rounding out many standing questions that had left fans wondering for years.

The question left remaining after season 10 was a simple one: How could they possibly top such an action filled extravaganza; one layered with such intense levels of story? The answer was simple…

Back to Basics – Two Teams, One Box Canyon

Red vs. Blue season 11 takes place in a canyon similar to, but not the same as Blood Gulch from the initial 5 seasons of the series. Our beloved team of misfits, featuring Agent Washingtub (Shannon McCormick), Sarge (Matt Hullum), Tucker (Jason Saldaña), Grif (Geoff Ramsey), Simmons (Gustavo Sorola), and Caboose (Joel Heyman) are stranded on this strange world with a singular goal: to find a way home. Along the way there are new friends made — literally — with Lopez Dos.0 (McCormick) and reuniting with new friends like Doc (Hullum) and Donut (Dan Godwin).

Overall this season felt like a complete return to the RvB of old, which may come as a surprise to anyone who entered the series recently and were expecting heavy action set-pieces. Miles Luna, who took over writing, as well as directing, from Burnie Burns, did an outstanding job orchestrating this season. Season 11 is the first time since season 6 that I truly loved the series, feeling passion about watching each episode. Don’t get me wrong, seasons 7 through 10 were outstanding, but they ultimately felt like a different beast entirely. Between callbacks to prior gags like Donut’s throwing ability, to changing the formula up by putting characters that normally don’t interact together, to extremely emotional scenes like a heartfelt encounter/apology between Washington and Caboose — that totally did not make me tear up — this season delivered on everything it set out to accomplish.

Ultimately the whole experience culminates in what some have referred to as a harsh ending cut, which may not please everyone. I however see it in the same way I view the ending to The Empire Strikes Back. Speaking of the ending, this may spoil stuff for you, so skip to the next section if you’re worried. The season ends with our heroes beaten down and defeated. However, on the horizon is hope that their lost teammates and friends might be out there, in need of rescue. The season ends with a touch of hope and wonder as to how things will progress next year. It also doesn’t hurt that the end credits sequence plays around with the idea of villains, and what’s actually going on in this civil war.

Right off the bat, let me tell you that if you can get your hands on the Blu-ray edition of Red vs. Blue season 11, do it! The picture quality and ‘cleanness’ is beyond worth any additional costs. The Blu-ray, much like the DVD, features an enjoyable commentary between Burnie Burns, Matt Hullum, Miles Luna, and Kyle Taylor discussing assorted stories and anecdotes about making season 11, as well as the past of RvB. They cover the changing of the guard, with Miles taking over for Burnie and how Burnie still assisted from time to time with laying out the story. The viewer gets to hear about what it took to put together this season, including the challenges of now working with Halo 4 and how it changed their normal operating procedure.

In addition to the commentary there is a delightful outtake reel featuring the usual array of bloopers and the like, many focused on Joel Heyman’s portrayal of Caboose. The deleted scenes are a bit light this season, with only two scenes shown. The scenes are quite enjoyable though, which is a rare thing to find in this day and age, as most deleted scenes were obviously deleted for a very good reason. Three enjoyable PSAs and some preview content for other Rooster Teeth productions fill out the bonus content of the disc.

The most enjoyable part of the bonus features is the 5 or so minute behind the scenes feature, wherein Burnie Burns, Miles Luna, Matt Hullum, Kathleen Zuelch, and more discuss additional thoughts on what went into season 11. It was easily worth the watch, and was one of my favorite parts of this package. “Red vs. Blue is a lot more than idiots talking in a canyon.” -Miles Luna

At the end of the day this set is a must have for any fan of the series, whether longtime or a newcomer. It sets the stage for the next two seasons of the series, which makes it also a must watch. If you’re worried about spending the money, you could always wait a few years for the next collection box-set to be released, as there likely will be one. While that may be a good idea, I personally give Red vs. Blue season 11 on Blu-ray my full vote of confidence.

As an aside from the above review, I just wanted to inform everyone that the Constantly Calibrating podcast is currently doing a contest over on our Facebook fan page to win a Red vs. Blue prize pack. Check here for more details!