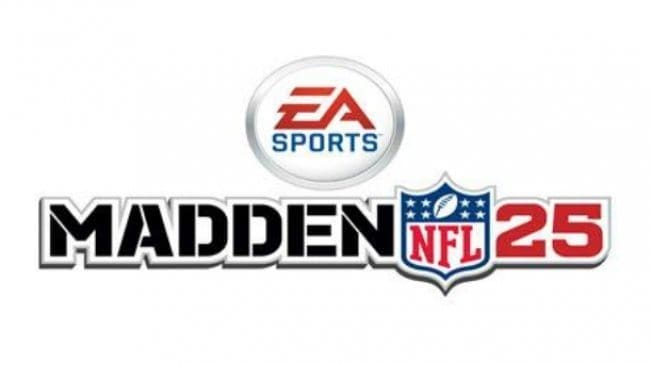 Getting Madden the day it comes out and playing it for hours on end has been a ritual of mine for the past ten years. It was one of my favorite game franchises, and to me they always justified buying the game every year with new gameplay features and game modes. However, the past few years I think that the new additions and features were few and far between, and what they did add each year became less and less successful. Last year reached a new low for me and made me question whether I was even going to play Madden 25. Don’t get me wrong, Madden is always fun, but it has been harder and harder justifying buying the game each year because of the minimal changes they did. So is this year’s Madden just like the Madden of yesteryear, or has it broken the recent slump and returned to its glory days?
[youtube http://www.youtube.com/watch?feature=player_embedded&v=vCsMR13TJ9M]
Madden 25 boasts a revamped running game system which will allow you to create new running combos and maneuvers to get away from the defense. This is the major change from the previous year, as far as actual gameplay goes. You hold the Left Trigger (LT) and do various moves from juking, to stiff-arming, to spinning around the defender. And while these moves are pretty cool, I didn’t find it to be as different and game changing as they hyped it to be. To do these moves you have to let go of the Right Trigger (RT), or acceleration, and then do the actual move, but I found myself just going back to the old way of just running really fast and doing the old juke or spin move.

Another gameplay feature they added to Madden 25 is a visual stamina meter that will drain as you execute moves. I did like seeing how much energy a player will expend during a play and this makes it so you can’t really just hold down the acceleration button. But there were times that I broke free with an especially speedy running back, and was caught from behind because my stamina meter was low. It got a bit annoying after a while but other than that, the stamina meter did not really come into play.

This year’s Madden has also updated their playbooks to go along with the changing NFL offenses. Now with a lot of teams that have mobile quarterbacks, there is the ‘pistol formation’, which will allow you to do more creative play types like the ‘option’ and the ‘read option’. I liked when they added the ‘wildcat’ a few years back when Miami brought that to the NFL, and I really like that they added the pistol formation as well, because it gives you a new play set to scheme against on defense. Madden 25 has combined previous franchise modes into one new ‘Connected Franchise’ mode, where you can play as a player, a coach, or the owner of the team; both online with friends, or solo offline. I liked the new streamline approach to Connected Franchise because it was a bit annoying and at times confusing before, having modes all over the place.

‘Player Mode’ is basically a re-skinned ‘Superstar Mode’ from previous Madden games.  You pick one current or past NFL player, or you can create your own player; as you play actual games, you simulate every play that your player isn’t involved and just play when they are in the game. This mode has remained largely unchanged and it has never really been a favorite of mine. But one thing that this Madden has done to make this mode a lot better is the fact you can call your own plays. Before on Superstar Mode, you just did the plays that were called, you could audible but you are still stuck with the personnel on the field. Now you have the option to pick your own formation and your own plays, which I found to make this mode a lot more enjoyable.

‘Coach Mode’ is just the ‘Franchise Mode’ of years past, but one thing I will say about Coach Mode is that they brought back ‘Fantasy Draft’. The absolute worst part about Madden 13 was they took away the Fantasy Draft from Franchise Mode, which was a lot of people’s favorite thing to do each year in Madden. This year it is back, and while it is not as good as it was before, at least it is in the game. My main problem with the Draft is that they only give you a minute and a half for each pick, while before they gave you around five minutes. A minute and a half is way too short to figure out what position you need and what are the best players available. Plus, they sort the players by projected draft position instead of overall rating which I found tiresome to change each time. But having said all that, I am just glad they brought the Fantasy Draft back and I don’t want to nitpick about it too much. Other than bringing the Draft back, the rest of the Franchise or Coach Mode remains the same.

‘Owner Mode’ lets you take control of the whole team from the perspective of the Owner. You control ticket prices, stadium upgrades and relocations, and basically every aspect of running the organization. It was a cool mode to check out and see what all you have to do as the Owner, but it was a bit much for me and had a bunch of stuff I just didn’t really care about. I actually quite like the ‘Ultimate Team Mode’ from years past and this year’s Ultimate Team Mode is largely the same from before. You get to select a Team Captain from a list of players, I of course chose Larry Fitzgerald, because, well duh. But then you get a random pack of players, coaches, stadiums and uniforms. It is a fun game mode but it is pretty much the same from last year except there are different challenges your team can do instead of just play the computer or online opponents in regular games.

‘Skills Trainer’ is a new game mode in this year’s Madden, but it is probably aimed for the Madden newbie. With the Skills Trainer, you can sharpen your skills as a runner or a passer with different drills and exercises you can do. I myself did not find this useful because I have been playing Madden for years, and the new additions they made this year don’t really need a lot of practice. But for someone who is new to the franchise I suppose this mode would help them refine their football skills.

Overall, it is hard to say that Madden 25 is not a fun game. If you have played Madden regularly through the years, then you will like this game. But the graphics are not as much of a step up as you might expect, although I am sure they will be exponentially better on the next-gen consoles. The gameplay and game modes remain largely unchanged from last year’s Madden, other than a few small changes. If you own Madden 13 should you buy Madden 25? I would probably say no, as there are not enough new features to justify spending $60 on the game again. But if you are somehow new to the franchise, or maybe gave up on Madden for the past few years, I would say that you should check the game out.