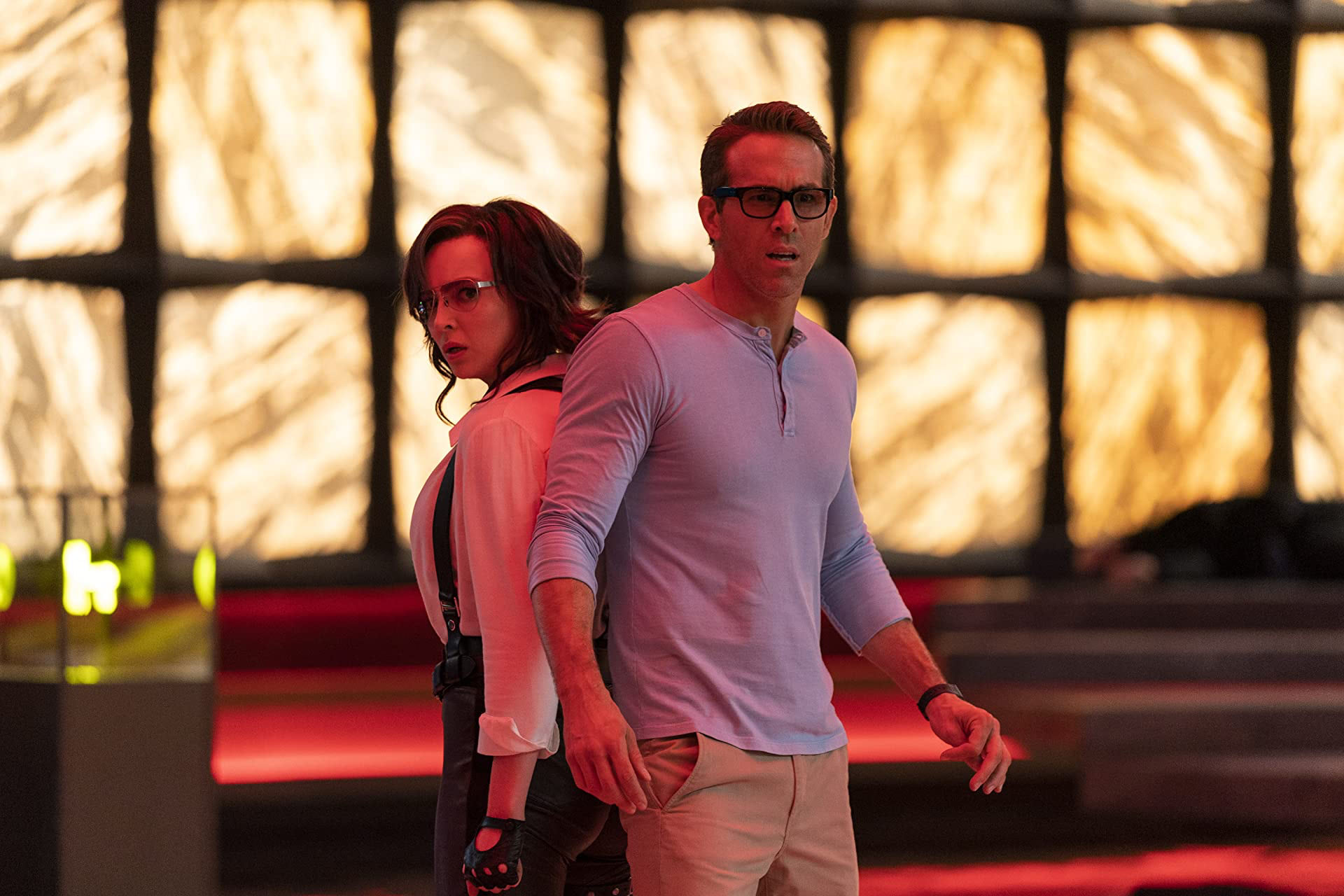 Video game movies are rarely done well. The recent release of Mortal Kombat was terrible because it was created by people who either haven’t played the games in decades or simply had no clue what people liked about the games. The list of horrible video game films is a mile long, from Pixels to Assassin’s Creed. However, every once in a while someone gets it right in films such as Scott Pilgrim vs. The World or Sonic the Hedgehog (not amazing, but it gets a pass). Now comes Free Guy, which… is good enough. Let’s dive into more details in our Free Guy review.

Ryan Reynolds has been on fire for most of his tenure in Hollywood. Deadpool may have escalated the Canadian to superstar status, but going back to his early days, Van Wilder is still worth a watch. In Free Guy, Reynolds plays the main character, Guy. He’s an NPC (non-player character) in a game called Free City, which is the movie equivalent of Grand Theft Auto. When this NPC begins to evolve beyond his initial programming, things start to get a little crazy.

Guy is joined by his NPC best friend, Buddy, played by Lil Rey Howery, who is channeling his best friend performance from Get Out. Buddy chimes in at just the right time with perfect delivery that straddles the line between entertaining and annoying (mostly on the entertaining side).

Jodie Comer plays two parts, as Molotov Girl, Guy’s love interest in the game, and Millie in the real world. She intentionally jumps back and forth between an American and British accent, and delivers real emotion throughout many of her scenes in the film. She pulls everything she can out of a very generic script, and adds depth to both characters as a result.

Rounding out the cast is Taika Waititi as Antoine, the over the top owner of game developer Soonami Studios, and the main antagonist in the film, along with Joe Keery and Utkarsh Ambudkar as Keys and Mouser respectively. The latter two both work for Antoine, while Keys has close ties to Millie as well. Keery and Ambudkar are hit or miss, coming off much better as their unnamed in-game characters. In the game they get to have some fun and play around, instead of their far more generic real world characters.

Free Guy is wholly carried by the amazing cast. Period. Full stop. The script is completely generic (more on that later), and while Shawn Levy does what he can as the director, it’s really the cast that takes Free Guy from just another mediocre video game film, to an above average and fairly entertaining action comedy. Remove Ryan Reynolds’ delivery and trademark charisma and the movie falls flat in almost every aspect.

The first half of Free Guy is where most of the problems occur. Other than the initial introduction to Free City and Guy, the script for the first half of the film is about as generic as it gets. There are numerous gaming stereotypes that may or may not interest non-gamers who watch the film, but are a huge turn off to actual gamers.

As an example, there’s a specific character who has been left out of the marketing (who we won’t spoil here), who steals almost every scene they’re in. However, when we see this character’s real world counterpart, it’s the definition of a gamer stereotype and it shows a complete lack of creativity from the writers. Zak Penn and Matt Lieberman crafted a lackluster script that’s void of any real creativity, and simply phones it in throughout the first half of the film.

Most of the first and second acts are predictable and cliché, with only a few bright spots throughout (mostly thanks to the cast elevating the script). About an hour into the film things finally start to break out of the generic mold, and the characters are free to bring some personality and flair. The film finally hits a great stride by the final 20 minutes, which, surprisingly, was enough to raise the quality of the film as a whole despite the disappointing first half.

With better writers Free Guy could have been an amazing film throughout. As it stands, the cast does everything they can with a below average script, and it’s enough to create an overall enjoyable experience. The end result is a balanced film that even Thanos might be proud of. However, improved writing and less reliance on tired gamer stereotypes could have turned Free Guy into a franchise starter, similar to Ready Player One. If there is a sequel to Free Guy, keep the cast, but bring in an inspired creative team that actually understands current gaming trends and culture.