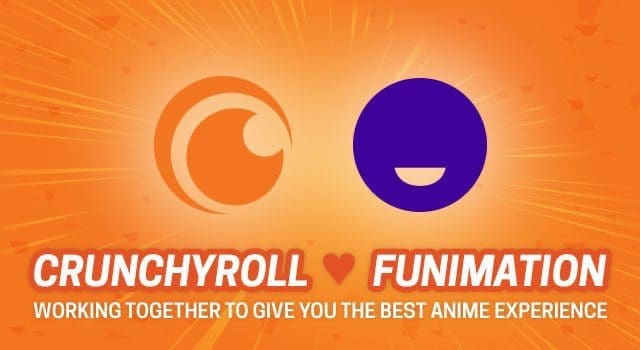 Funimation and Crunchyroll announced on September 8th that they are entering an exciting partnership that will benefit both anime fans and the anime industry. What this partnership means for fans is simply this: you can now watch subtitled animes on Crunchyroll and watch dubbed titles on Funimation. No more browsing for your favorite animes and jumping back and forth between the two sites. Funimation announced on the day of their launch that they will continue to “create, produce, promote, and distribute the DVD, Blu-Ray and download-to-own” titles in both sub and dub.

If a ton of new titles and easier access to the broadest selection of animes in the world isn’t enough, Funimation also announced that they will be dropping their subscription prices to $5.99 a month or $59.99 a year. Current Funimation subscribers are told to keep an eye open for an email concerning the details on how this change will affect their subscriptions.

With this thrilling merger, these two companies will also be working together to bring out some new titles. Some new animes that will be coming out soon on in English dub on FunimationNow are: Free! Iwatodi Swim Club, The Testament of Sister New Devil, 91 Days, Berserk, Mob Psycho 100, and Orange.

On the day of the announcement, Josh Grelle (Attack on Titan, Kenichi The Mightiest Disciple) happily posted on Facebook, “It’s an exciting time to be an anime fan, and to be working in anime!” Austin Tindle (Tokyo Ghoul, Assassination Classroom) added in an interview with Geek News Network that he is “Just excited that we’re expanding and that we will have more opportunities. This partnership means more jobs and it will help Funimation dub more shows, which will be great for our fans. I’m happy that our fans are so excited about this partnership.”