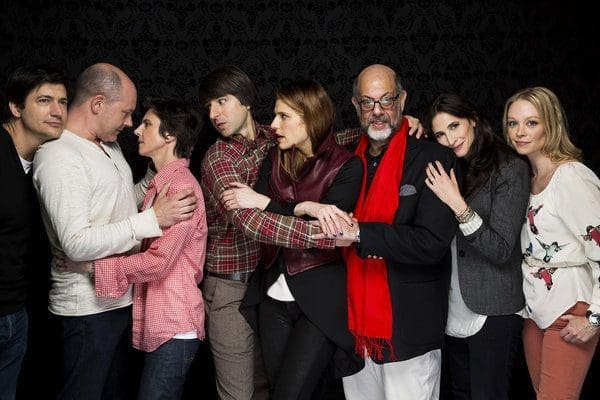 In A World… is a quirky little comedy about just that. Carol (Lake Bell) is a female voice-over artist, who barely gets by with vocal coaching and the odd commercial. Her father Sam (Fred Melamed) is a legend in the business, and seems to be the front-runner for bringing back the classic trailer opening line. But when Carol decides that she’s had enough of playing second fiddle to all the men, she sets her heart on the seemingly unachievable goal. Will she get the job? Will she finally get the love of her father? Her entire future might rest on this one decision…

Hollywood has disappointed me lately. Remake, reboot, sequel, prequel, book adaptation, comic book adaptation, three-quel, remake… A girl can get very bored with no new material in sight. In A World… seems to have something new to say, with its insider-look at voice-over talent and the world they inhabit. But what could have been a really thought-provoking film instead went the way of the “In a world…” trailers: Started strong, realized it was kind of self-mocking, then fizzled. Lake Bell puts in a decent performance, as does the entire cast, but the story was too flat to really bring to life. No connections to any of the characters made the love-story aspect essentially boring, and the script never finds the right niche. Not funny enough to be a great comedy, not dramatic enough to be a great drama, etc., etc., etc.

Sadly, that’s all there really is to say on this flick. Pretty unremarkable.

For the flat story, flat humor, and flat heartbeat of the whole ordeal, I give In A World…

Synopsis: An underachieving vocal coach is motivated by her father, the king of movie-trailer voice-overs, to pursue her aspirations of becoming a voiceover star.