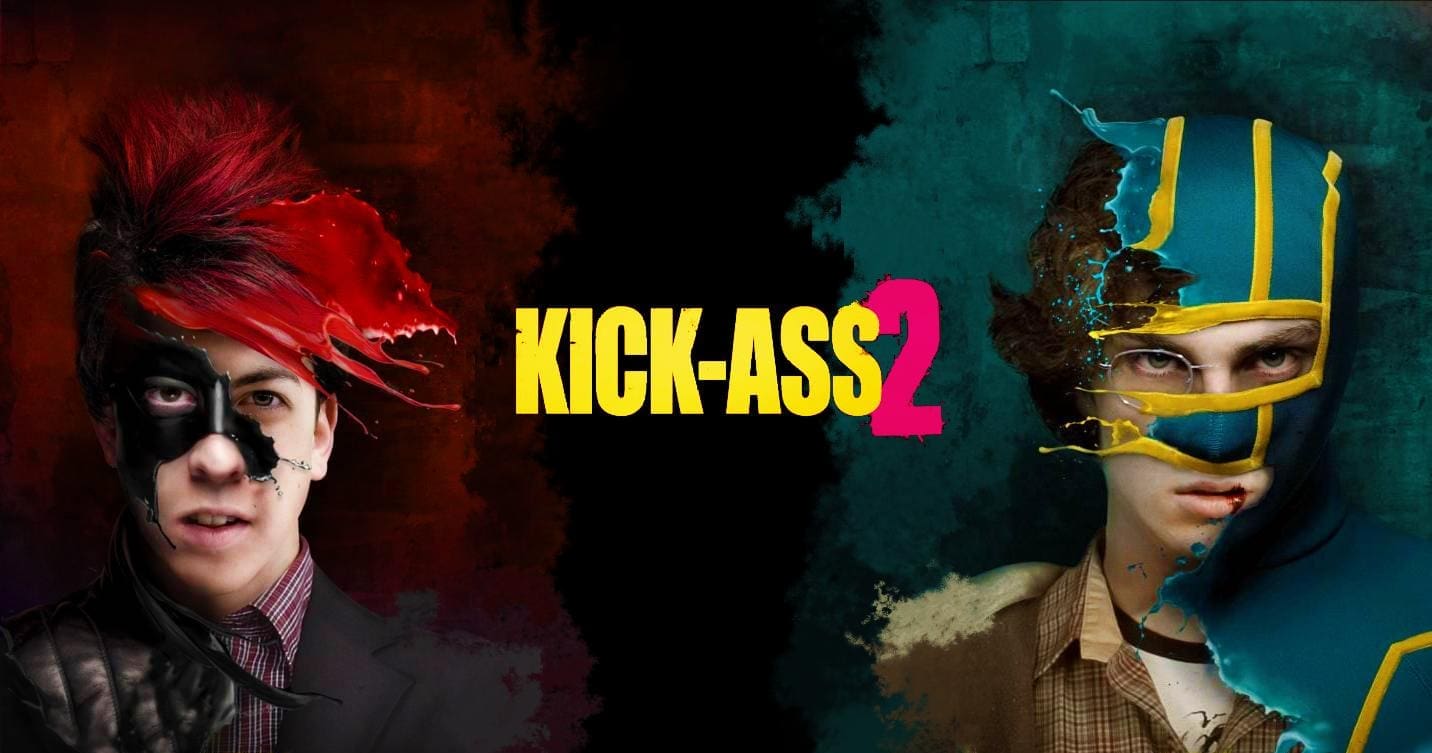 Kick-Ass is back, y’all! If you’re offended by foul language, then you can stop reading right here, and you probably shouldn’t see the movie, either. Though if you saw the first one, what the hell are you complaining about now?!

It’s been 4 years since we last saw Dave Lizewski (Kick-Ass) and Mindy Macready (Hit-Girl), after they took down gangster Frank D’Amico, leaving Frank’s son Chris without a dad, and with a score to settle. Since the appearance of Kick-Ass, other folks have started taking up the mantle of “Superhero” around town, mostly doing charity type things (soup kitchen volunteers, picking up litter, etc.), and not really so much criminal hunting as you’d think. Dave and Mindy team up and start training together, but when Mindy’s guardian, Detective Marcus, gets on her case about just being a normal teen, she quits and leaves Dave on his own. He doesn’t care for this much, since he’s tired of getting the crap beaten out of him, so he goes in search of a new team, and oh boy does he find them!

He gets the “in” with the team through a guy calling himself Dr. Gravity (played by none other than Donald Faison, Chris Turk from Scrubs!), and he gets introduced to Colonel Stars and Stripes (Jim Carrey), Insect Man, Night Bitch and two married folks being superheroes together. They go around doing community service, charity and the like, with no clue that Chris has discarded his superhero name “Red Mist” and has turned to the dark side, becoming the world’s first super villain, The Motherfucker. TMF (as I’ll call him for short) decides to avenge his father’s death by putting together an army of villains to take out Kick-Ass, to kill him once and for all.

So I have to say that I adored the first installment. It was so fresh, so new, so awesome in its vulgar, brutal way. I had really high hopes for this one, and I wasn’t really disappointed. The actors all put in great performances (if they had the screen-time to, that is), and the movie kept a solid pace throughout. Compared to the first one it lacks a little something, but mostly because it’s not groundbreaking this time around. It plays on the old themes (vulgarity, violence, nobody actually having super powers, violence, etc.), but it does fall just a bit short of the first, with the added plot point of “growing up.”

One thing I can’t complain about is the acting. Superb performances all around. Jim Carrey plays the tough, gritty, but ever hopeful superhero well, only unleashing his famous rubber-face expressions in fight scenes. I was slightly disappointed with the direction Mindy took, but her performance made the best of the slightly sub-par scripting.

One last quick note: Make sure to stay for the end of the credits, there’s a short stinger that’s worth it! (Or, if you drank your soda way to early-on in the film, you can go take care of that right as the credits start, just be back before they end!)

For the good follow-up, for the awesome cast performances, and in spite of it not surpassing the original, I give Kick-Ass 2…

Synopsis:The costumed high-school hero Kick-Ass joins with a group of normal citizens who have been inspired to fight crime in costume. Meanwhile, the Red Mist plots an act of revenge that will affect everyone Kick-Ass knows.