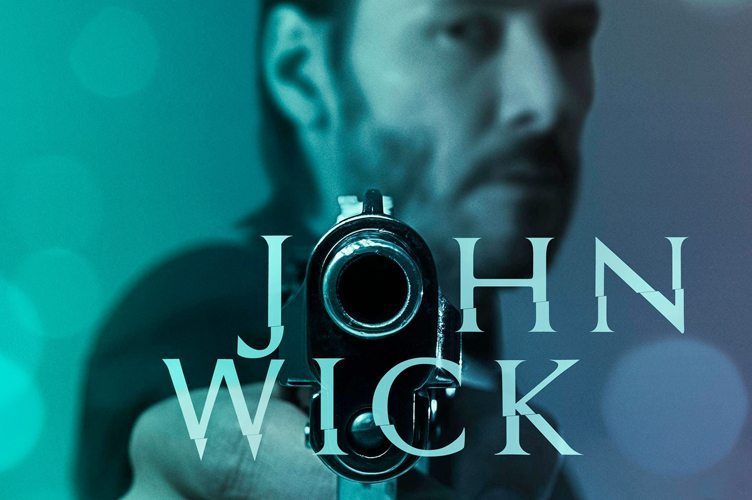 Most people would assume that Keanu Reeves was born in the southern California area due to his “surfer dude” personality. Although he does come across that way, Keanu was actually born in Beirut, Lebanon to a mother who was a showgirl and a father who was a geologist. He got his start in Hollywood by appearing in mostly unheard of TV shows and movies until 1989’s Bill & Ted’s Excellent Adventure made him a household name. Since then his star has skyrocketed due to starring in such films as: Point Break, Speed, and The Matrix. He tends to play very soft-spoken yet commanding characters that echo his own off-screen personality. This is very true in regards to Keanu’s newest martial arts/gunplay action film entitled John Wick.

Keanu plays John Wick, a former professional hitman who retired from the business in order to marry and then take care of his ailing wife. When she passes away, Wick begins to mourn her death until an unexpected present arrives at his door. The present is a puppy that was sent from his wife as a symbol of her love for him. Later on, when an altercation between Wick and some Russian mobsters goes south, Wick is left battered and bruised and his new puppy is killed. Due to this event, Wick decides to come out of retirement in order to seek justice for what he has lost. 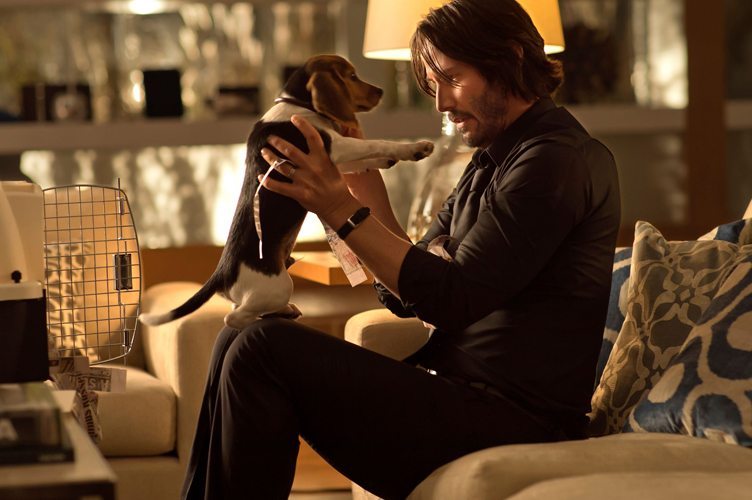 This is Keanu Reeves’ best action film since The Matrix. It has style, it has finesse, and it has a lot of unexpected personality. The hitman world that is created within the film feels very defined and tangible. From the clean-up crews that get rid of dead bodies, to the way in which contract killers mingle in a secret society kind-of-way; every aspect of being a hitman in this world is astoundingly well thought out. Not only that, but the film has loads of tongue-in-cheek types of laughs to break up the very dark and morose tone which is presented. Specifically the main villain named Viggo (Michael Nyqvist) isn’t the stereotypical Russian bad guy; he smokes joints, he has sarcastic conversations with his assistant, and he makes light of very serious situations with a vaudevillian sense of humor.

Above and beyond the story, the reason to see this film is for the breakneck, slick action scenes. Keanu uses all of his martial arts training to present very chaotic yet controlled gunfights that consist of limited cuts and jaw-dropping scenes of brutal violence. It’s a very realistic approach to action that is in stark contrast to the shaky-cam and quick cuts that can be seen in The Bourne Identity. In addition, the sound design and cinematography are above reproach. Every gunshot is pristine in its arrangement  making the effect even more powerful than the stereotypical gun battles that you see in other action films. Lastly, the stark contrast coupled with the vibrant use of bold colors makes every frame appear to be a true work of art. This is phenomenally well-put together film and it definitely shows.

While I do wish I could praise every aspect of this film, the ending is what left a bad taste in my mouth. This is not because it’s a terrible ending whatsoever, but because it’s the one part of the film that felt like a typical Hollywood trope. Nevertheless, for everything that John Wick does marvelously, the ending is a very small blemish that shouldn’t overshadow an incredibly solid and entertaining action film.

Synopsis: A former professional hitman goes after the men who have ruined his life.