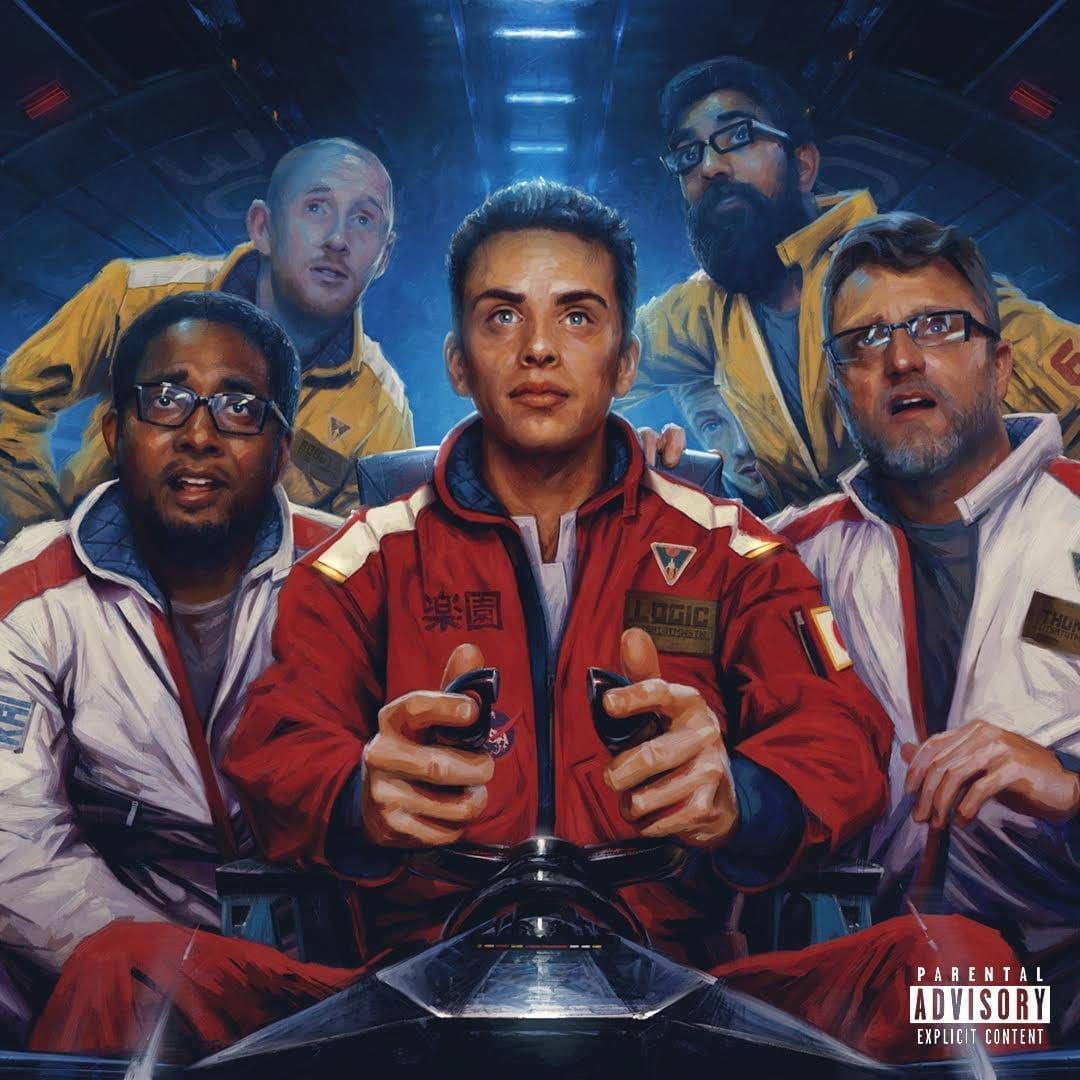 For those unfamiliar, Logic is a Maryland based Hip Hop artist. He is currently on tour, The Incredible World Tour, for his sophomore album: The Incredible True Story. Many acquainted with Logic and his music knows that he is all about three things: peace, love and positivity. He preaches about doing what you love and fighting for it no matter what, but people also know one other thing. He is very nerdy. He loves anime, video games, space and movies – especially Tarantino and Science Fiction films.

Additionally, Logic held a panel at New York Comic Con 2015 answering question about the album and talking nerd pop culture with fans. Logic also recently did several interviews with PlaySation explaining how video games inspire him everyday to write music and his relationship with gaming growing up. These motifs make several appearances in his songs but now have shown up in his latest album more so than ever.

The Incredible True Story is best described as a science fiction cinematic album. It tells the story of two space pilots from Earth searching space for the planet Paradise. The full back-story as told by Logic in an interview is provided below.

When The Incredible World Tour came through Arizona, I had the opportunity to attend the open forum Q&A session and ask him a few questions. I brought up the fact that he makes several obvious references to Tarantino and Akira in his music and asked what other movies, anime, and video games he takes inspiration from. His face lit up when I mentioned Akira, he said he absolutely loves anything science fiction, cinema or anime. As far as video games he loves story driven games such as the Uncharted series and Kojima’s Medal Gear Solid. Not surprisingly, when his performance started, his visuals included several scenes from Akira and Medal Gear Solid.

I highly encourage you to listen to The Incredible True Story, it will not disappoint.

Logic | The Incredible True Story | | Lord of the Cons