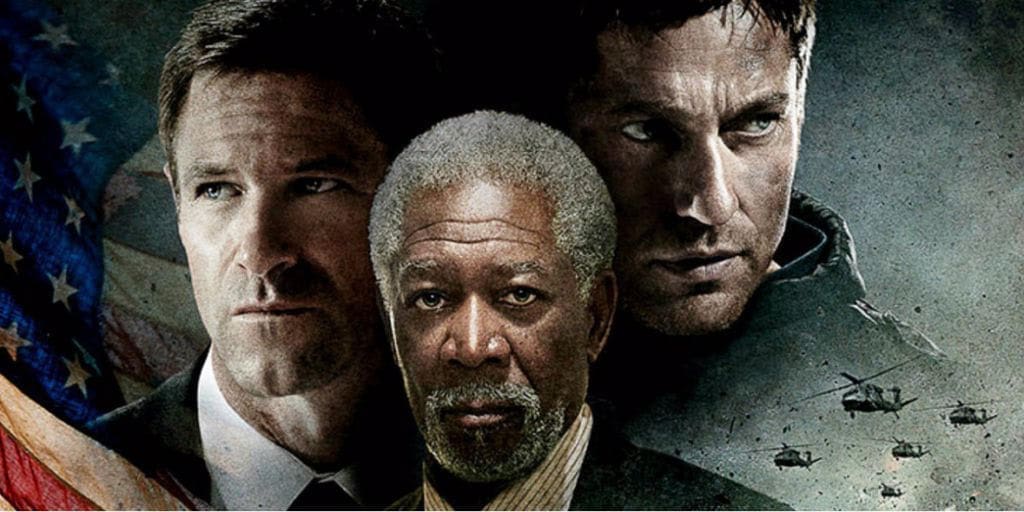 Sequels tend to have a hard time living up to the original film in a series. It’s rare to find a sequel that people believe is superior to the original film, but London Has Fallen is exactly that. The new film takes everything you loved about Olympus Has Fallen and ramps it up a notch, with an extra dose of humor that mixes well with the intense action on display. It’s not a perfect film, but if you enjoyed the original you should be pleased with everything the sequel has to offer.

Olympus Has Fallen was a decent action film. It wasn’t amazing by any stretch of the imagination, and followed the standard, “one-man army” troupe we’ve seen in many other action films. However, for most people the first act of Olympus Has Fallen (the build up to the White House being taken) was the best part of the film. After that point the film is restricted to the White House with little room to expand to other areas of Washington D.C. That’s where London Has Fallen shines, as it strips away the limitations of the first film and spans most of London.

If you take the tense action in the first act of the original film, that feeling is replicated and intensified in London Has Fallen. Instead of a plane flying toward the White House, with a small ground force to follow, you have the top diplomats from the most powerful countries in the world all converging on central London. Anytime you think a diplomat is going to be taken out, the tension is building, and there are plenty of diplomats to target.

What really impresses about London Has Fallen is the fact that anyone who has watched the trailers should already know how the first act comes to an end. You know who survives and who doesn’t, but every time you see a diplomat that you know won’t make it, the tension is still through the roof as you question exactly when and how they’re going to die. There are plenty of scenes that play into this sense of tension and push the audience to the edge of their seats in anticipation.

Once the first act comes to a close, things in London settle down a bit and the action is limited to the main protagonist, Mike Banning (Gerard Butler), protecting the President of the United States, Benjamin Asher (Aaron Eckhart). This time the stakes are higher and Mike Banning isn’t the only person who can help the President stay alive. While in London he enlists the help of MI6 agent, Jacquelin Marshall (Charlotte Riley). The President’s son is missing from the film, but Secret Service Director, Lynn Jacobs (Angela Bassett), returns for the sequel and joins the President in London.

Despite the fact that the film takes place in London, most of the movie is just Mike Banning and President Asher. We do see a bit of Morgan Freeman as Vice President Trumbull, and a few of the other White House officials from the first film, but a bulk of the movie centers around Banning and Asher.

While there’s plenty of action to go around, it takes on a somewhat Rambo-like lack of realism. As long as you can turn your brain off and not think too hard about what you’re seeing, then London Has Fallen is highly entertaining. The first film had a small amount of humor, but it was mostly dark and gritty action. That same action returns for the sequel, but we also get an influx of humor at just the right moments. Unfortunately, this makes some things feel even less realistic as Mike Banning is spouting one-liners as his death count multiplies. There was a bit of this in the first film, but there’s quite a bit more in London Has Fallen.

If you enjoyed Olympus Has Fallen, you should like London Has Fallen just as much, if not more. The action is there, the intensity is there, and with a bit more humor,it’s a much better balance than the raw action of Olympus. Some of the feats Banning is able to accomplish are a bit farfetched (even more so than the first film), but if you’re looking for realism you probably shouldn’t be hoping to find it in this kind of film. London Has Fallen is better than the original and overall a very entertaining cinematic experience.

About London Has Fallen

Synopsis: In London for the Prime Minister’s funeral, Mike Banning discovers a plot to assassinate all the attending world leaders.

Ant-Man and the Wasp | Movie Review