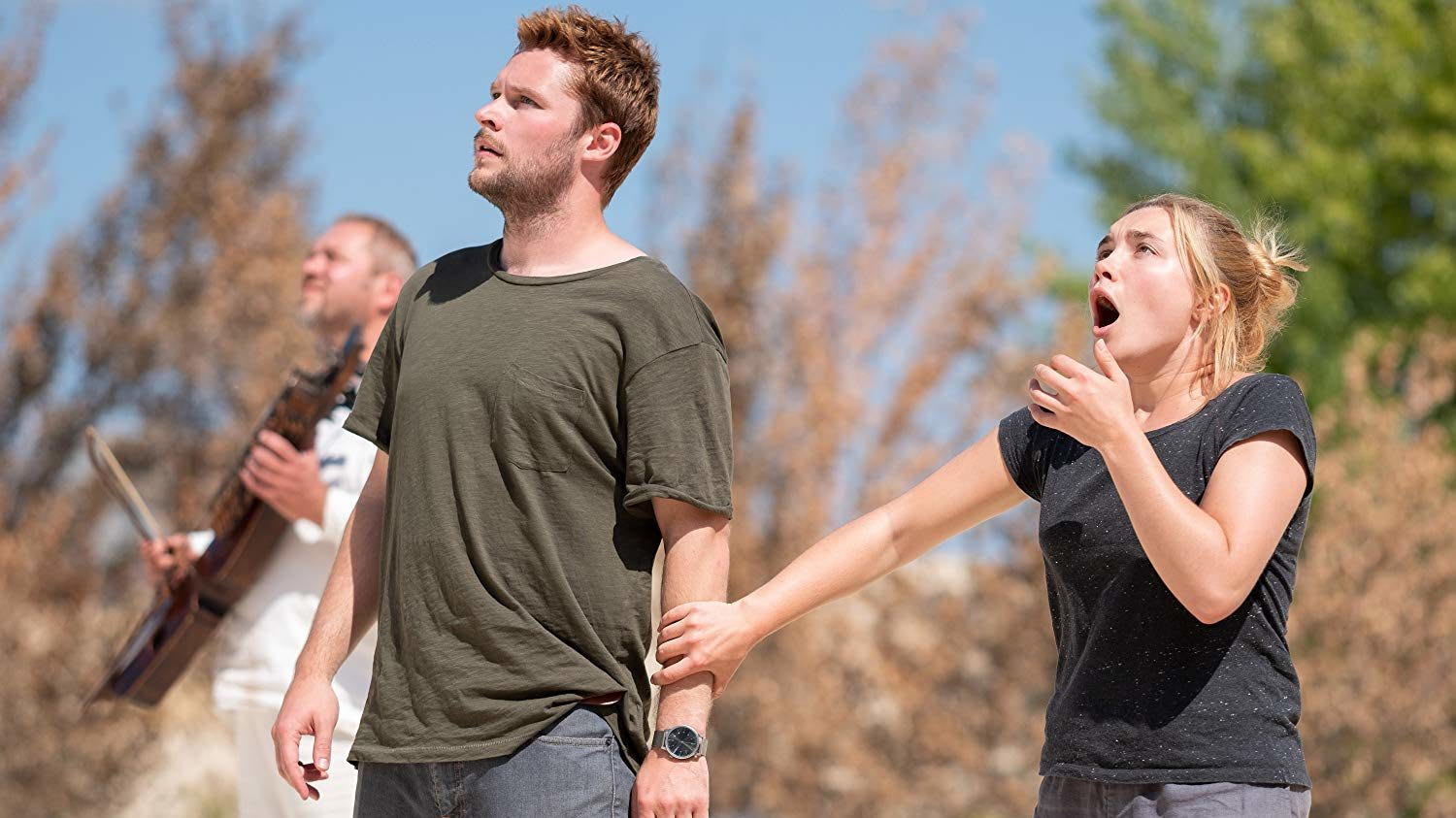 At the beginning of 2018 I was listening to an episode of a film podcast. One of the guests on that particular episode spoke about going to a recent film festival and being blown away by seeing a new horror film. She ranted and raved about how much she enjoyed it and how it was very different than anything she had previously seen. The film she spoke about was called Hereditary. Her description and overall enjoyment for the film completely piqued my interest. Soon after, I watched the film and was completely enamored with it up until the final scene. It continually kept my interest as the story progressed but couldn’t really stick the landing in my opinion.

Flash forward to more recently and I just discovered that director Ari Aster was debuting a new horror film entitled Midsommar in July of 2019. Even though I didn’t love all of Hereditary, I really enjoyed what Aster had done with the film and I felt that he might be able to stick the landing with Midsommar this time.

Midsommar focuses on Dani (Florence Pugh) and Christian (Jack Reynor); a young couple in a rocky relationship. Christian has a trip to Sweden planned out with his close friends Josh (William Jackson Harper), Pelle (Vilhelm Blomgren), and Mark (Will Poulter). Right before leaving on the trip, a terrible tragedy occurs with Dani’s family and in order to console her, Christian insists Dani join them on their trip. She reluctantly accepts and the group travels to Pelle’s hometown located in a remote part of the Swedish countryside. Upon arriving, the townspeople are very welcoming and invite the group to partake in their mid-summer festival. However several bizarre events occur that begin to skew the newcomer’s perception of the hosts’ true intent.

I went into the film excited. Not only due to director Ari Aster’s previous work but also because it’s a relatively unexplored subject matter that hasn’t been significantly used within the horror genre. However after the film wrapped up and the credits rolled I was left with feelings of both frustration and disappointment. The film as a whole isn’t bad; the cinematography is unnervingly beautiful, the acting is gripping and believable, and the story is complex and unique. The main issue I have is that it just isn’t scary or disgusting enough. It takes so much time setting up the characters, the environment, and the circumstances but fails to pay off the horror element in any way, shape, or form.

Now to switch gears a bit to the positive side; there is so much to enjoy about the film. The characters are dense, with tons of personality and charisma. Florence Pugh is especially enjoyable as the girlfriend that you both love and hate at the same time. Her performance is insanely entrancing and a pleasure to watch. Jack Reynor is in a similar vein. His character performs some despicable actions yet you can’t help but like him in the end. Quite basically, Pugh and Reynor mesh well together and their chemistry helps to sell their troubled romance.

Without delving into spoilers, the film goes in some wild directions that I both did and did not expect.  Throughout the majority of the story I continued to guess over and over what the overlying mystery was going to be. This led me to be continually engaged as each new event arose. However, the film began to drag near the end of the second act and then showed the majority of its cards soon after. This is what led to my overall frustration. It sets up several different plot points but fails to pay many of them off. In the end, I was left with a very unsatisfying conclusion that dragged on for much longer than was necessary.

When comparing Ari Aster’s two films, Midsommar is unfortunately the weaker of the bunch. It excels at being a character drama but completely falls flat when attempting to push the horror genre forward. So it’s a light recommendation from me but nothing more than that.

Synopsis:  A couple travels to Sweden to visit a rural hometown’s fabled mid-summer festival. What begins as an idyllic retreat quickly devolves into an increasingly violent and bizarre competition at the hands of a pagan cult.