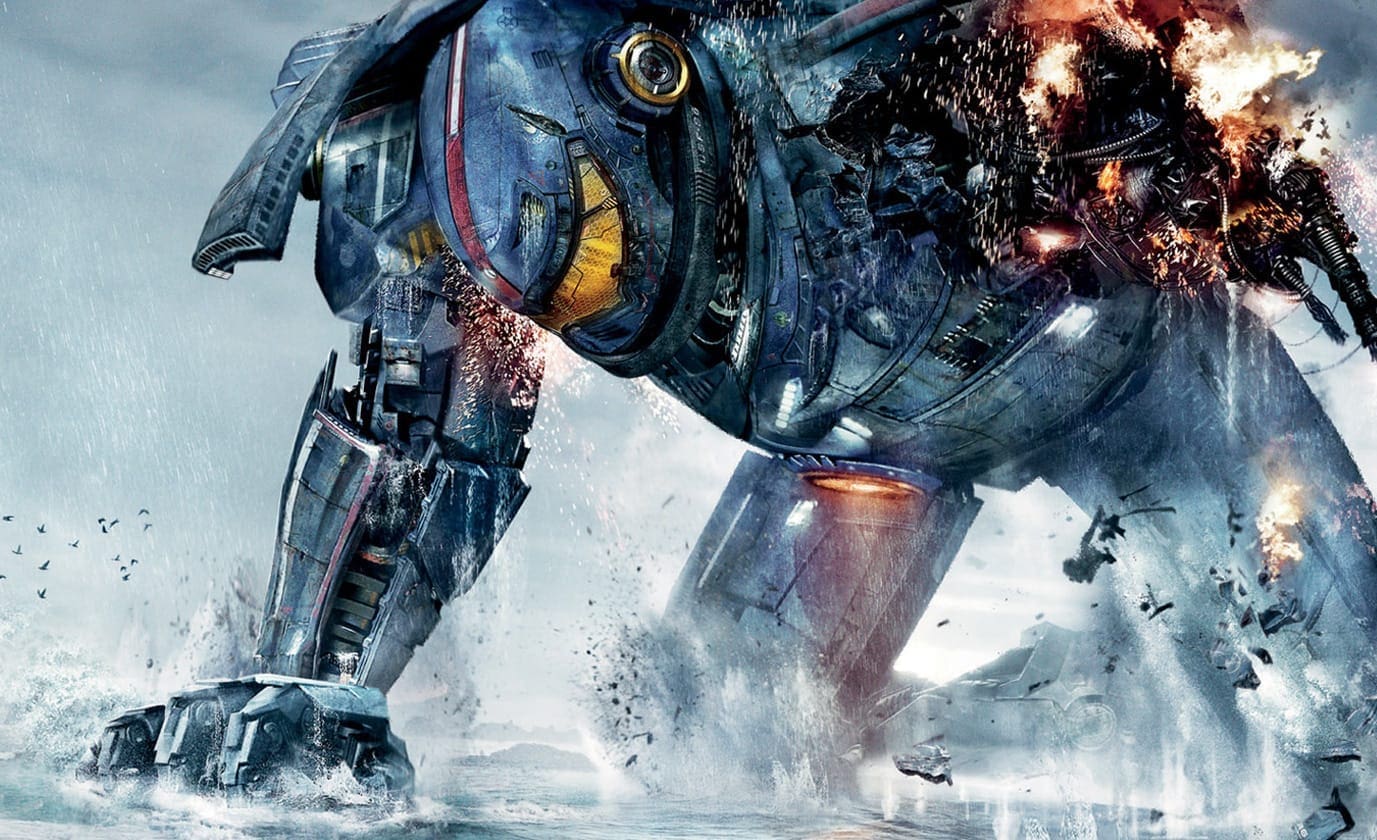 I wonder how many people are going to be up in arms about the amount of damage to cities that is depicted in Pacific Rim? Sure, Superman’s duty is to protect the innocent and blah blah blah, but it is also the task of the Jaeger crews. In fact, “you are to protect the city of 10 million people” is uttered more than once. Personally, that was never a concern to me in either movie. I’m of the philosophy “if you want to make an omelet, you have to break some eggs.” Eggs, in this case, would be millions of people, but I’m not too concerned when giant robots take on giant monsters in a colorful and intense way that only Guillermo del Toro can deliver.

Pacific Rim starts out with a brief history of the “Kaiju War” and the development of the Jaeger program, the giant robots used to fight the giant monsters. Some might have wanted to see that version of the movie, and I’m sure that would’ve been just as exciting, but, really, we’ve seen that story before. Pacific Rim focuses its attention on a brief segment of the war towards the end, when humanity is on the brink of the apocalypse. Luckily, there are a group of “resistance” fighters that are around to cancel said apocalypse.

I really appreciated the fact that del Toro can tell a heartfelt story while still delivering spectacle and action. Pacific Rim is no different, although the human character elements are not as strong as some of his other outings. In doing this, giant robot/alien death matches are shown sparingly, so when scenes do eventually explode into all out destructiony goodness, I was genuinely enthralled and not exhausted from overuse of the Jaegers. And the action scenes do not disappoint one bit. Even though a good chunk of the pre-climax battle, you know the one with Gypsy Danger using a boat as a club, was shown in the trailers, it’s every bit as exciting as I had hoped it would be. You might also be surprised to know that not one scene of the actual climactic battle has been seen in any of the trailers.

As far as the story goes, it’s a pretty simple premise; monsters come, we fight them. Of course every eccentrically named character has an interesting back story, as well as the monsters, but they were only touched on briefly as to move things along. And I would have liked to have seen more character development, but this time around, a good chunk of time is taken up by events unfolding. However, lack of substantial character development in a summer movie (and Pacific Rim is every bit of what a summer movie should be), is perfectly okay with me.

Pacific Rim has gotten a lot of unfair negative reaction from unaware peoples calling it a “Transformers rip-off” and whatnot. As I’ve experienced, even writing for this website, you can’t judge anything before you experience it. Sure, giant robots seem similar to transforming cars, but in reality, the Jaegers share more in common with Gundams than they do Transformers. And if my Japanese animation knowledge is correct, Gundam came before Transformers. As for the monsters being rip-offs of Godzilla, I remind you that no one makes that connection with Cloverfield, another movie about a giant monster that attacks a city. My point is that there is a definite line between homage and rip-off. Pacific Rim draws more on the idea of the monster movie than anything else. Think of Pacific Rim as more a Tarantino style love of genre film making and you’ll be alright.

Pacific Rim was by far my most anticipated movie of the summer and it was every bit as exciting and epic (and that must mean something because I hate using the word “epic”), as I had hoped it would be. I hope you’ll take a leap of faith and see this movie because it is the one movie of the summer that truly deserves a sequel, which will most likely never happen.

Synopsis: As a war between humankind and monstrous sea creatures wages on, a former pilot and a trainee are paired up to drive a seemingly obsolete special weapon in a desperate effort to save the world from the apocalypse.