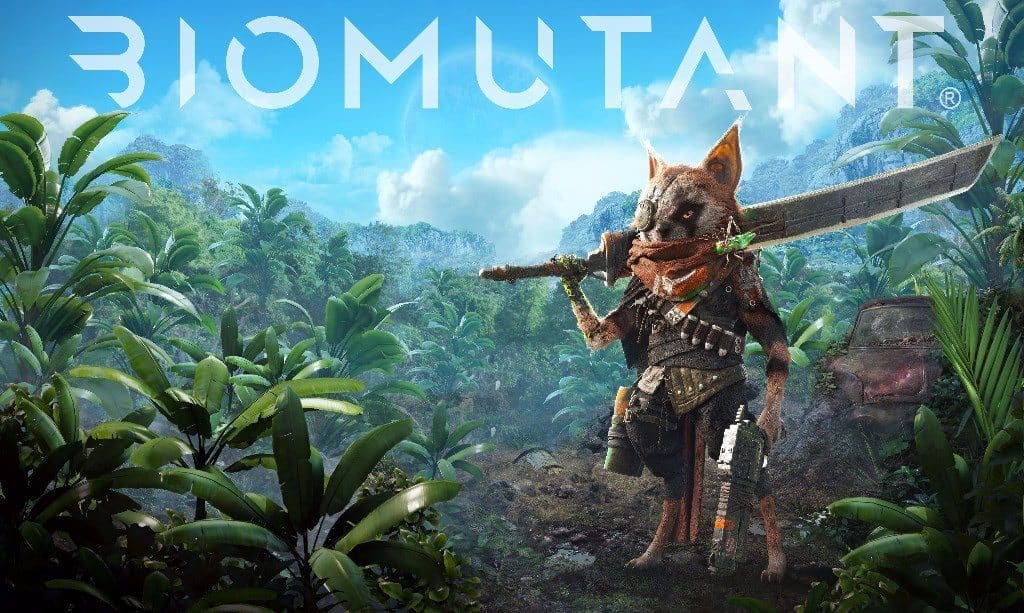 If you’re into John Woo films, kung-fu epics, and anthropomorphic animals, I have something interesting to tell you about. The developers at Swedish studio, Experiment 101, and publisher THQ Nordic announced a new title that caught quite a bit of attention at Gamescom earlier this year. Combining the three elements mentioned above and rolling it into an vast open world gives us Biomutant, an action RPG that wants to eat up even more of your free time. I had the opportunity to play this title at PAX West, and came away generally impressed with this amusing melding of ideas. 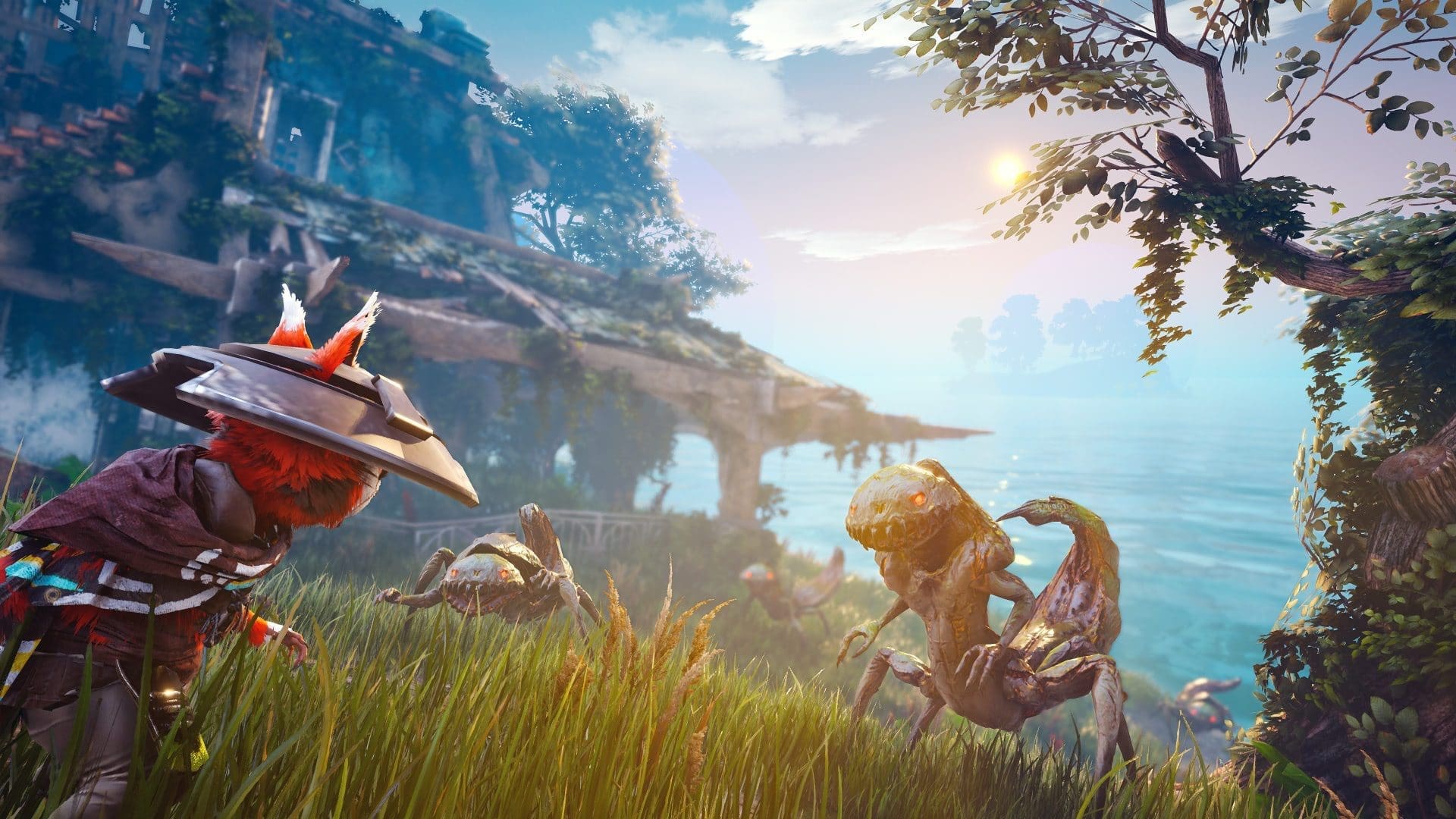 Biomutant takes place in a post-apocalyptic world facing a crisis. The Tree-of-Life is basically oozing death from its roots, and the land is dying as a result. The hero, a Red Panda-esque creature with a pair of pistols and a makeshift sword the size of its entire body, is ready to venture into the world to presumably do something about it. The game’s character creator allows you to change the appearance and size of the creature, and interestingly, how your character is built will actually affect your stats. A larger, bulkier character may be powerful but slow, and a smaller, lighter character may be swift but weak. Also customizable are gender, fur type, and color, and the options given are fairly sizable. My character was combat ready with long, sky blue fur with purple highlights, and a small frame suitable for all of the flipping, sliding, and general awesomeness I assumed I would be engaging in. 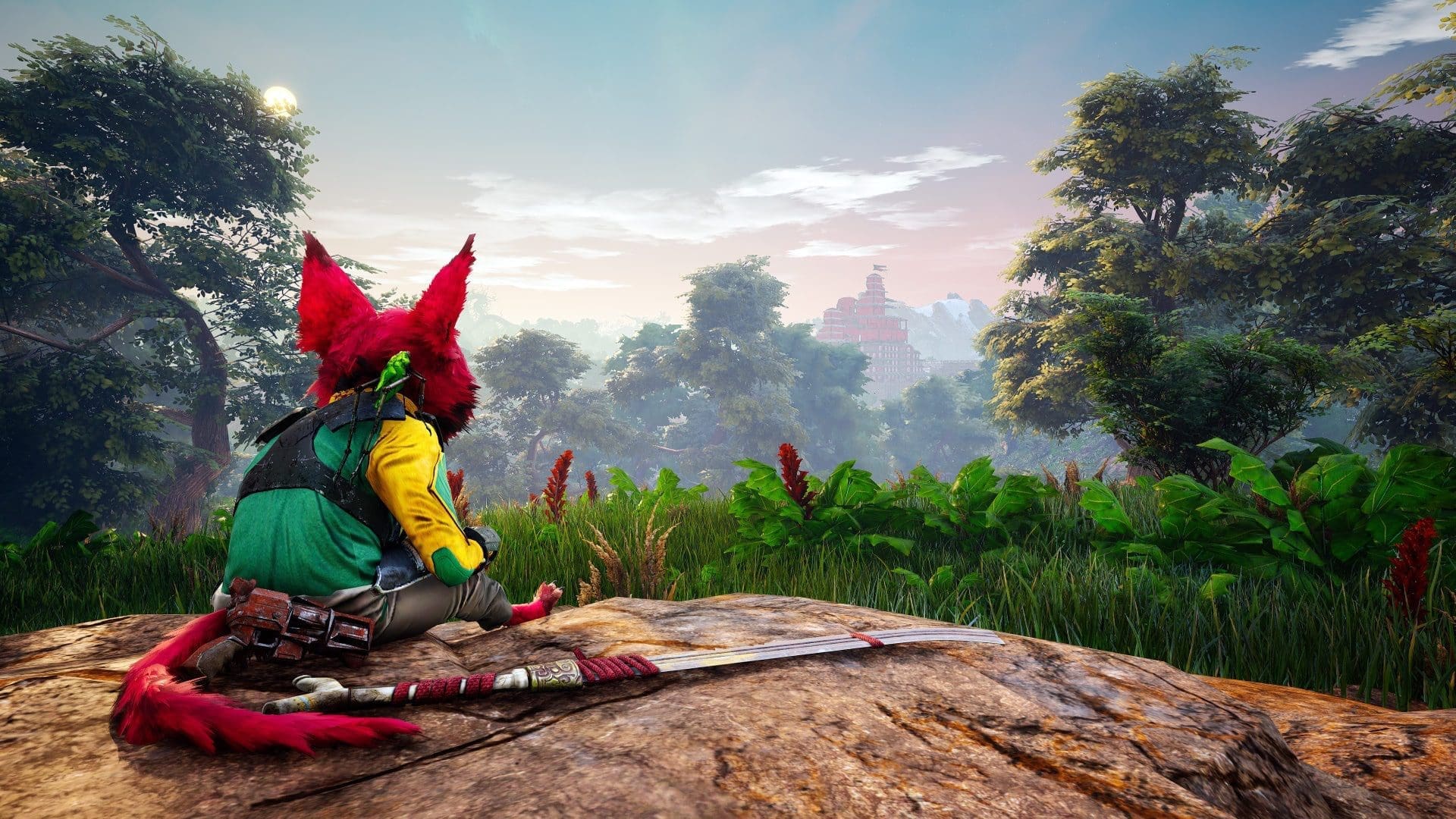 And then, my assumptions were brutally lifted, screamed at, and ingloriously slammed to the ground, but in a good way. Biomutant’s combat system absolutely surpassed my expectations with how fluid and intuitive it felt. There are a variety of different actions available from complex sword swinging combos to slow motion dodge rolling; and even literal gun slinging, as one particular attack turns your guns into bullet spewing boomerangs. Everything is free form, so linking together a sword combo into a barrage of bullets, then sliding under a large foe only to stab it in the back before throwing another enemy into a wall with your mind was incredibly simple to pull off. There are also special mutation powers to collect, allowing use of special abilities such as covering enemies in a swarm of moths to confuse them, or spawning a mushroom that can be bounced on for more height. If you want to switch up the action a bit, the game also offers an extensive crafting system for new weapons. My pistols and sword were exchanged for a pair of daggers and a rifle, leading to a new, beautiful dance of destruction. The fighting system is easily one of Biomutant’s strongest points. 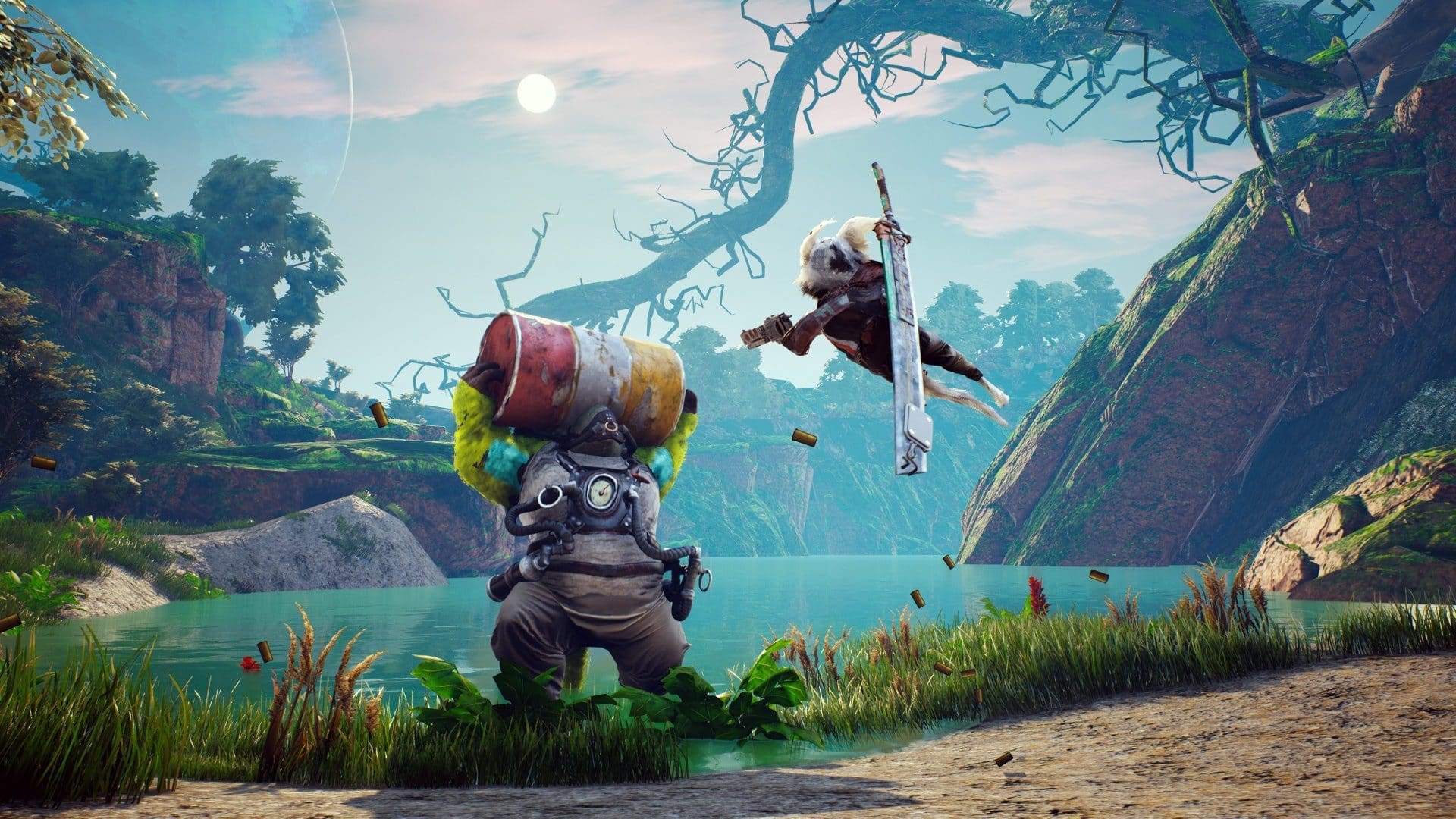 The game is quite the looker as well, with smooth animations, unique settings, and bit of comic book flair with words like “Pow!”, “Boom”, and “Ouch” flying on screen during tense moments. There is a lot of detailed, sometimes hilarious gear to collect like the teddy bear helmet I found during the demo, and access to an automaton used for transportation and protection later down the line. Characters talk in gibberish, a nice dose of charm, while a narrator talks over the action so more obscure things make sense to the player. I can definitely see the narration getting a bit annoying over time, but the developers have claimed that the frequency is reduced the longer you play. Conversations with others bring up a tried and true dialog tree typically present in this type of adventure, with some choices being the usual good or evil responses. All-in-all, I think the game showed a lot of potential in my short time spent with it, and look forward to seeing and hearing more in the near future.

CHRIS PRATT TO RECEIVE “CINEMACON® BREAKTHROUGH PERFORMER OF THE YEAR...

Full power to the engines and engage to Phoenix Comicon 2015!