When 2009’s Demon’s Souls was unleashed on the world, we were treated to an experience that refused to show mercy as it relentlessly shut down every attempt we made to conquer it. It was a refreshing return to challenging titles that forced patience, planning, and raw skill to make any headway, which are the types of games I personally grew up with and loved. For this reason, Studio MDHR’s Cuphead, ripping a page from the same book, is easily one of my most anticipated games of the year. This unique title blends old-school run and gun action inspired by classics such as Contra and Gunstar Heroes, with a fun and quirky art style mimicking 1930s era cartoons and animation. Don’t let the cutesy look and upbeat jazzy soundtrack fool you, however, because this game is out to get you and everything you hold dear. 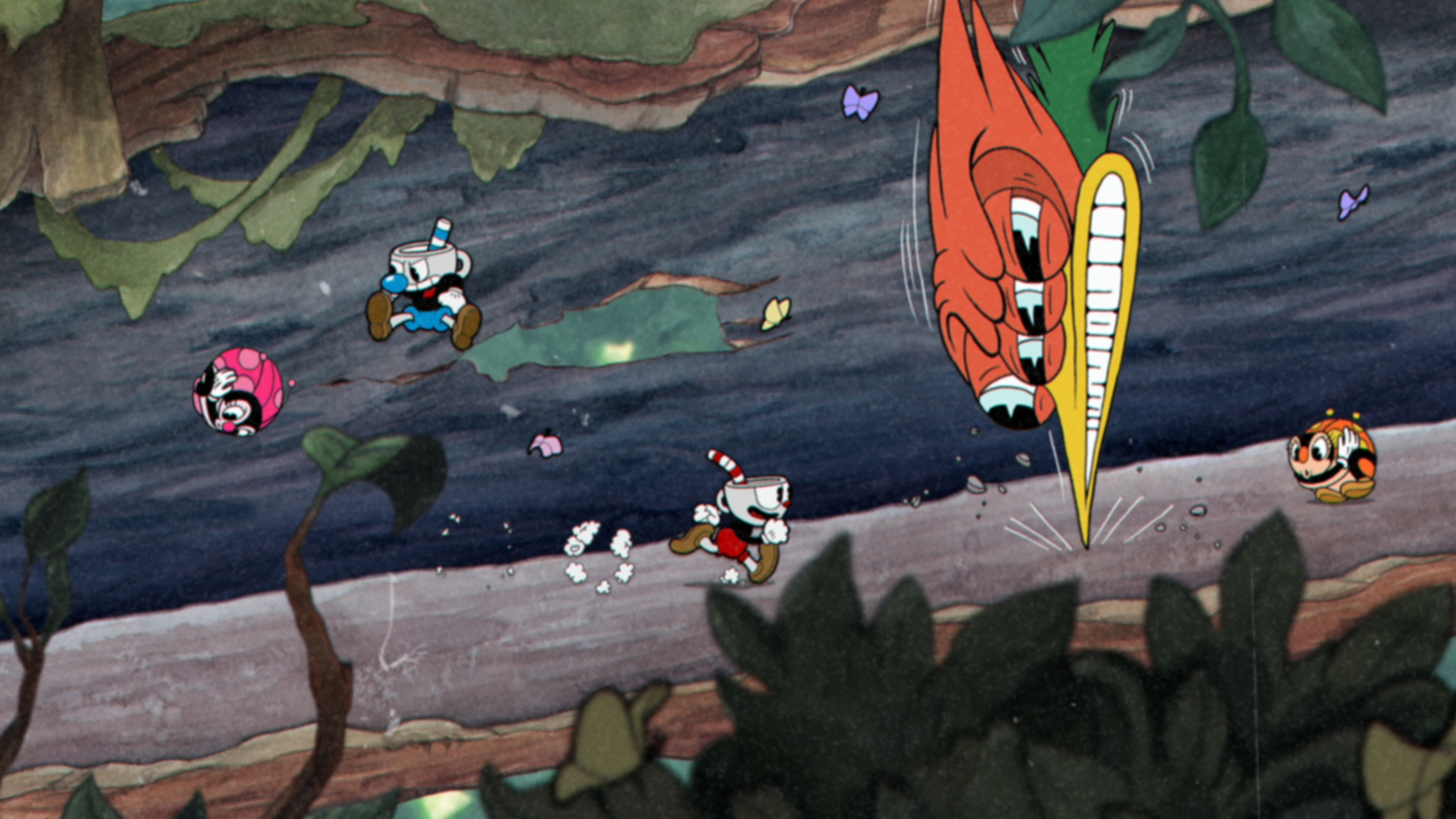 As the story goes, Cuphead and companion Mugman decide to place a bet against the Devil. They lose, of course, and are then forced to repay their debt by fighting a huge assortment of unique bosses because I guess that’s how a debt to the Prince of Darkness is repaid apparently? It doesn’t really matter in the end, as Cuphead is a game focused on simple gameplay mechanics and tight controls. Players can run, jump, shoot, dash, and parry special bullets to power up a devastating super attack. The adventure is largely a boss rush with a few platforming stages thrown in to break up the action a bit. No matter which path you choose, you’re in for a rough, gorgeously animated ride.

Our demo at PAX West consisted of a small tutorial stage followed by a Super Mario World-esque world map where a platforming or boss stage is selected, along with a difficulty setting. The tutorial was a simple stage with hovering text explaining the controls; how to jump, dash in the air, crouch and all that jazz. Cuphead is capable of switching a variety of weapons to deal with the current situation from a rapid straight-firing shot, to a wide short range 3-way spread shot, and even a slow-moving green homing shot ripped straight out of Gunstar Heroes (one of my favourite games of all time). Parrying requires a bit a timing skill and can only be used against special pink-coloured bullets. This technique will let you bounce off a bullet for extra height, and builds up a very powerful special attack. The parry can also be used to revive your teammate if you’re playing with a friend. 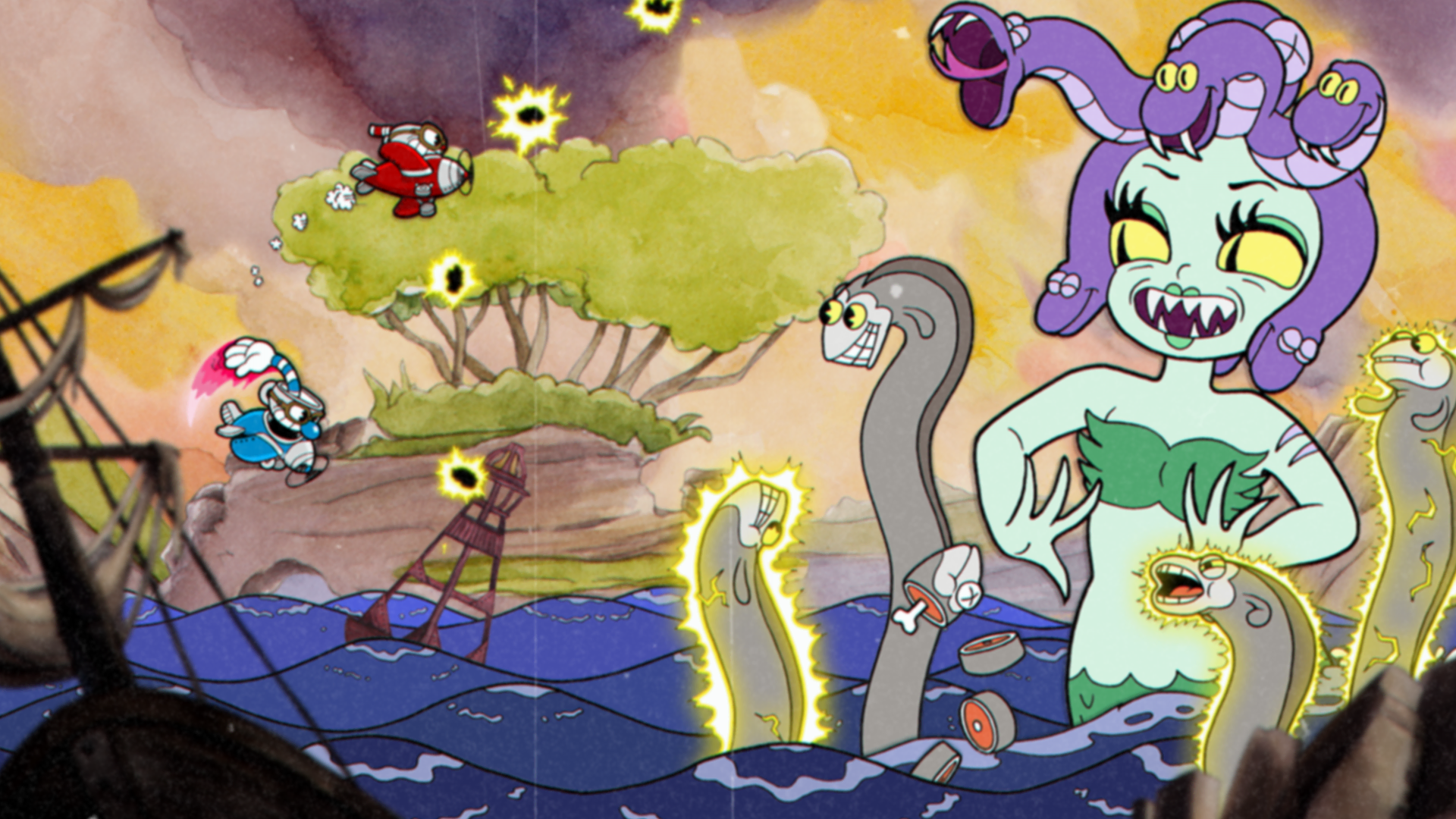 My companion and I accidentally chose one of the side-scrolling shoot em’ up stages, A Threatenin’ Zeppelin, tasking us with fighting one of the most difficult bosses in the game while flying in planes, so the tutorial stage was nearly pointless as these levels change the way some of the mechanics work. I also ended up choosing the harder difficulty just to rub salt in the wound. The boss of this stage was a crazy blimp lady riding a unicycle while trying to hurt us with her words. Literally, every time she laughed, the word “HA” would fly across the screen dealing damage if we touched it. She then proceeded to turn into a bull made of clouds and attempted to ram us, then an archer who fires arrows (I’m assuming there may be more forms based on the zodiac hidden in there). After doing enough damage, blimp lady freaked out, transformed into a mechanical moon, and killed us with a UFO. No, this wasn’t a drug-induced dream I had, this is just Cuphead. Upon our second attempt, we managed to take down Miss Moon to the surprise of one of the developers, since we were the only two on the show floor to reach the end of that fight on the harder difficulty setting at the time. Go us, apparently!

It’s almost time, and I couldn’t be more excited. Cuphead is definitely not for everyone, but if you’re type of person who enjoys overcoming challenges through pure skill but mostly a LOT of trial and error, this game should absolutely be on your radar. Come for the beautiful artwork, stay for the brutal difficulty and questioning of your reality after defeating evil psychic vegetables and frogs in boxing gloves. 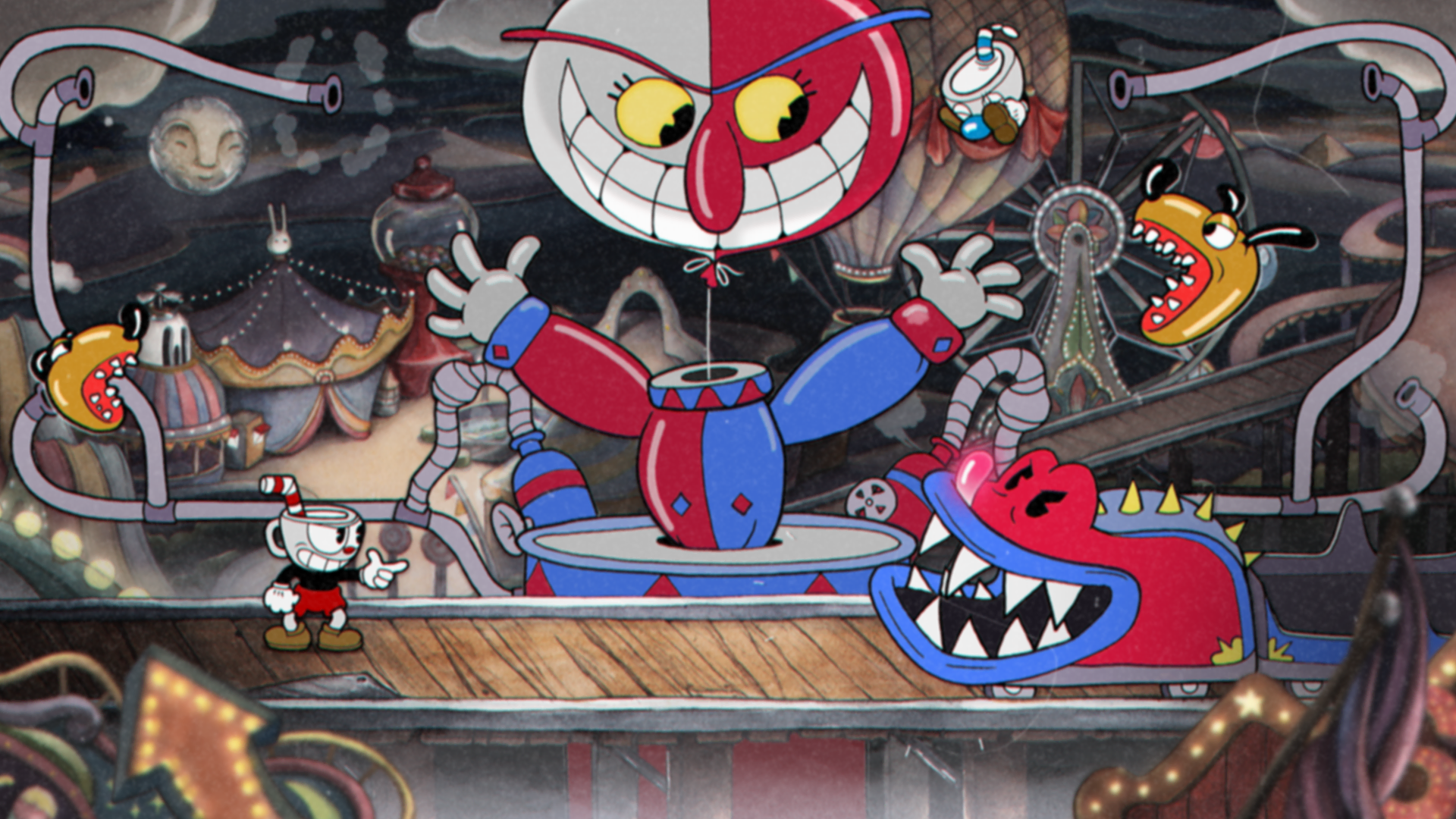