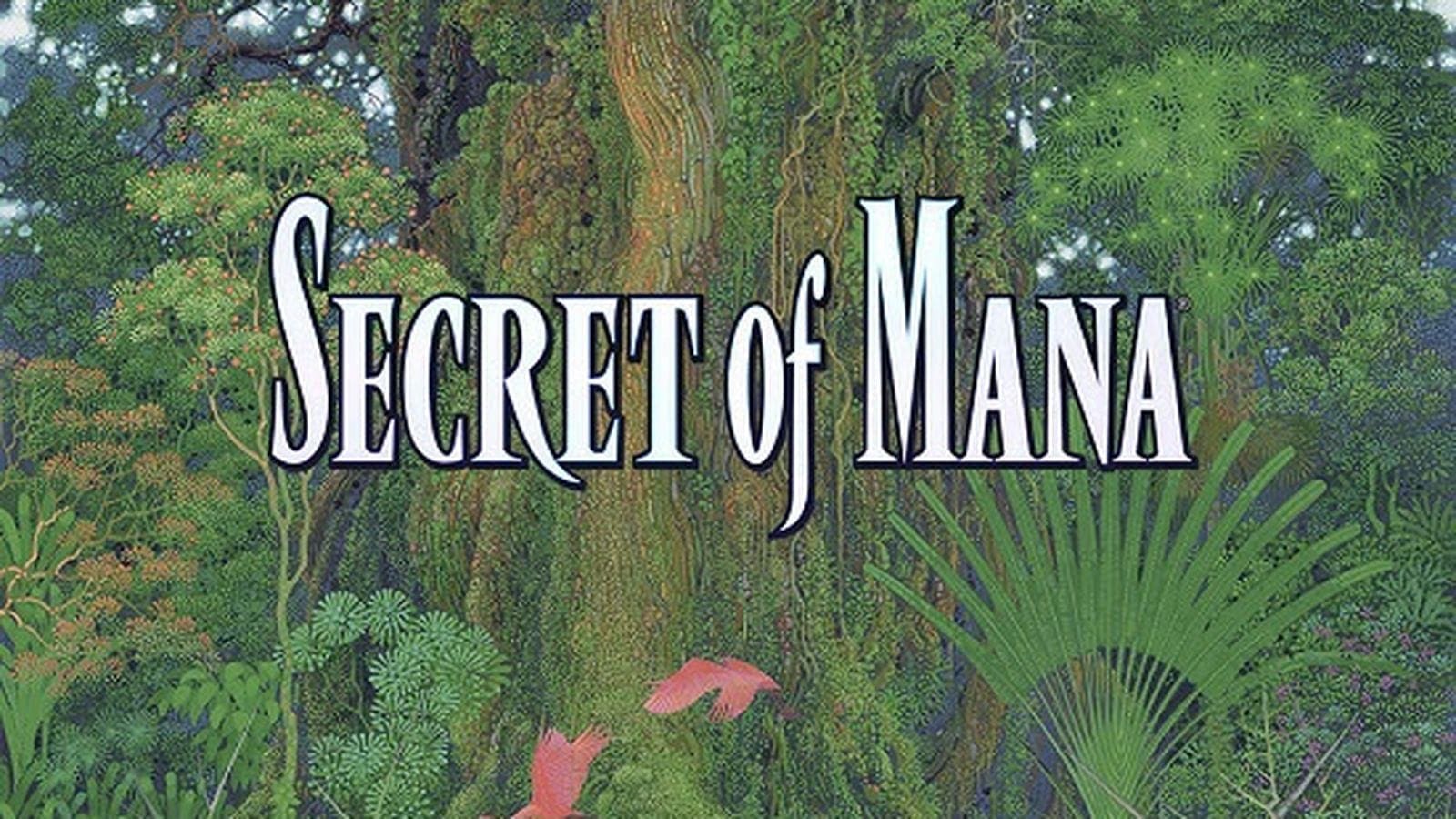 Square Enix recently announced a remake of one the most impressive and beloved games in the Super Nintendo’s impressive library. Secret of Mana was originally released back in 1993, the sequel to the lesser known Seiken Densetsu (released in North America as Final Fantasy Adventure). The game follows the adventures of Randi, a young boy cast out of his village, Primm, a love-struck girl out to chase her object of affection, and Popoi, a sprite child with a penchant for the art of parting fools with their money. (By the way, yes, these are the character’s official names that for some reason were excluded when Secret of Mana was localized.) I personally loved every moment of the original release, so I’m happy to say that the remake is on course to faithfully recreate that experience. 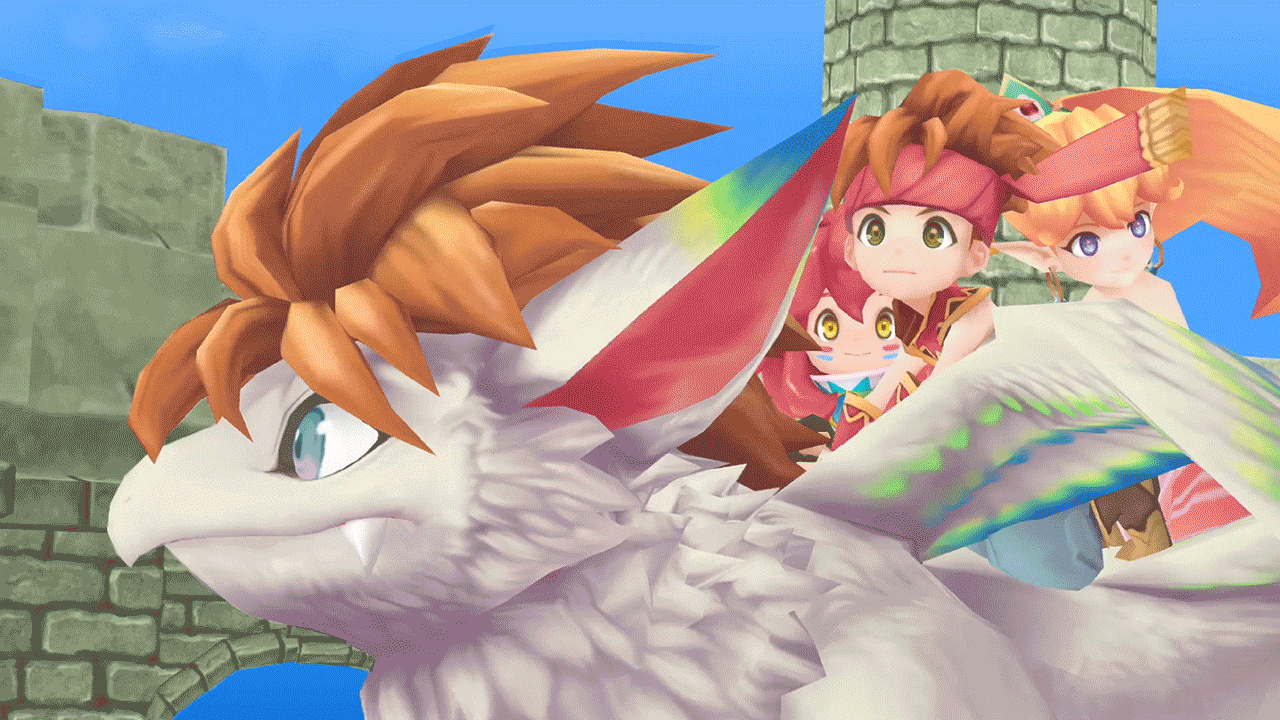 Rest assured the game hasn’t been changed in any significant way besides the graphical style from what I could tell when I got my hands on it. Instead of the detailed sprite-based artwork of yesteryear, Secret of Mana has received a facelift in the form of fully polygonal models and environments. The art style is very vibrant and sharp, with smooth animations, dynamic cutscenes, and little flourishes that bring it all together better than screenshots can convey. This is a game that needs to be seen in action to appreciate. The only jarring detail is the character model’s faces being frozen in time when speaking, but you get used to it pretty quickly. Did I just say speaking? Yes, the cutscenes are fully voiced, so whatever fun accents you gave the characters in your head may not hold up to this new reality. Unfortunate, since the sprite always sounded like a gruff Turkish oil wrestler in my mind. 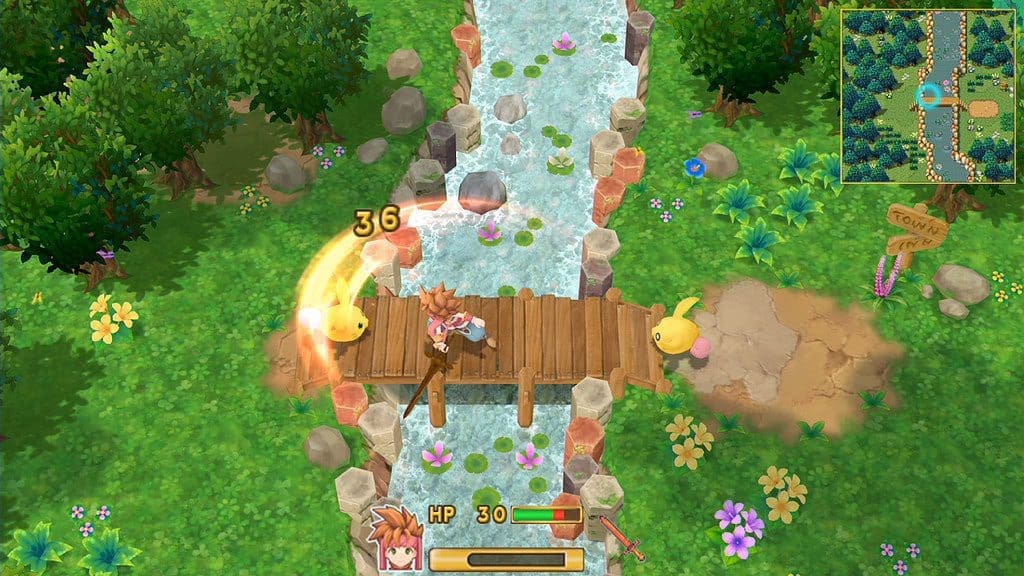 The controls are roughly the same as before, with the exception of movement. You can now run and attack in any direction with the analog stick versus the 8-way movement and 4-directional attacks of the original. On one hand, this feels like a huge step up from the original controls, but on the other, it can make striking monsters a bit more difficult if your aim is off. The stamina gauge at the bottom of the screen works exactly the same, taking time to replenish after each attack (or sprinting) and doing significantly less damage if not fully charged. Upon leveling up a weapon, holding the attack button will slowly build up a meter than will unleash a charged attack when released while slowing your character and leaving them vulnerable. Honestly, the charge attack speed felt a bit slower than I remembered, but I’m not sure if that’s really the case. Either way, the Mantis Ant boss you’re probably familiar with didn’t stand a chance as the attack doled out serious damage, a nice reward for the risk. The innovative ring based menu system makes a return, you still shake and slam treasure boxes like you hate their very existence, and a neat little minimap is tucked in the corner of the screen showing the original SNES graphics for the area you’re traversing. 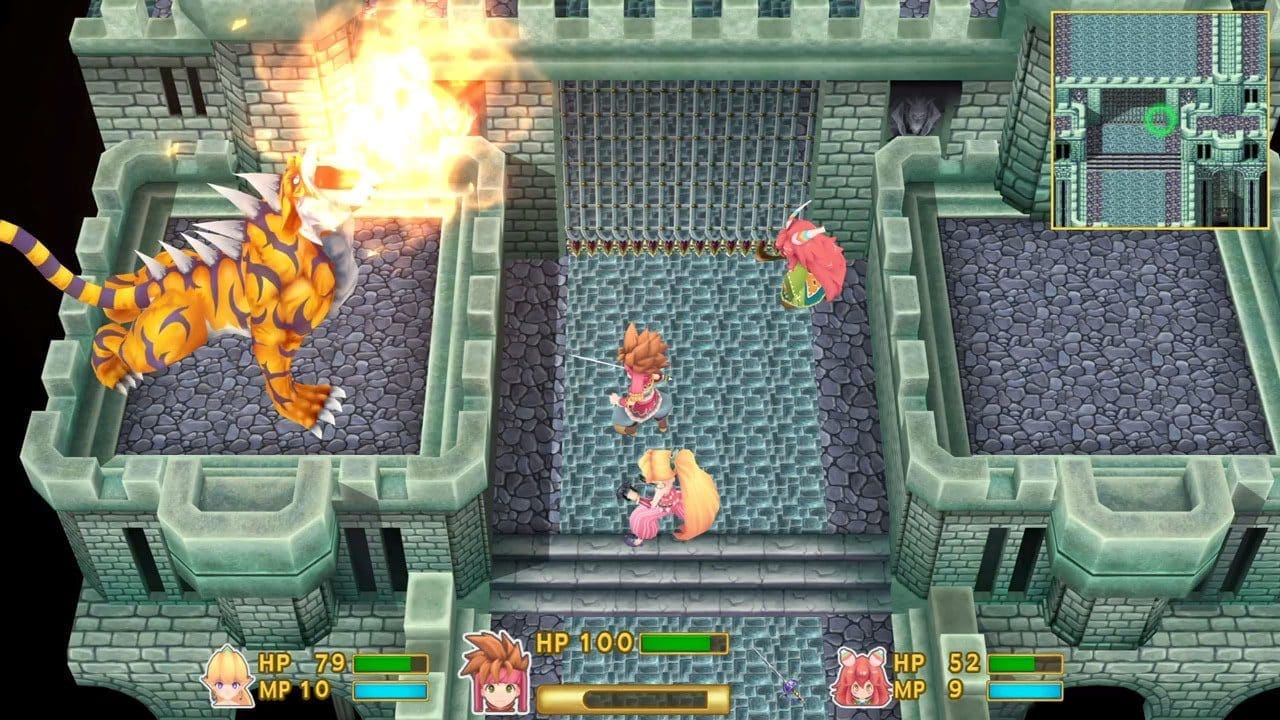 Overall, Secret of Mana is shaping up to be a fine remake of a classic game. My only gripes so far are the stiff faces of the characters and the lack of remixed music, as the developers have opted to reuse the original tunes. Nothing wrong with that necessarily, as the original soundtrack is one of the 16-bit era’s greatest, but it would have been nice to hear. Three player local multiplayer will be also present in the final version of the game, so grab some friends and relive those moments of fighting over why you need to stop using the javelin because your aim is terrible. Or was that just me?