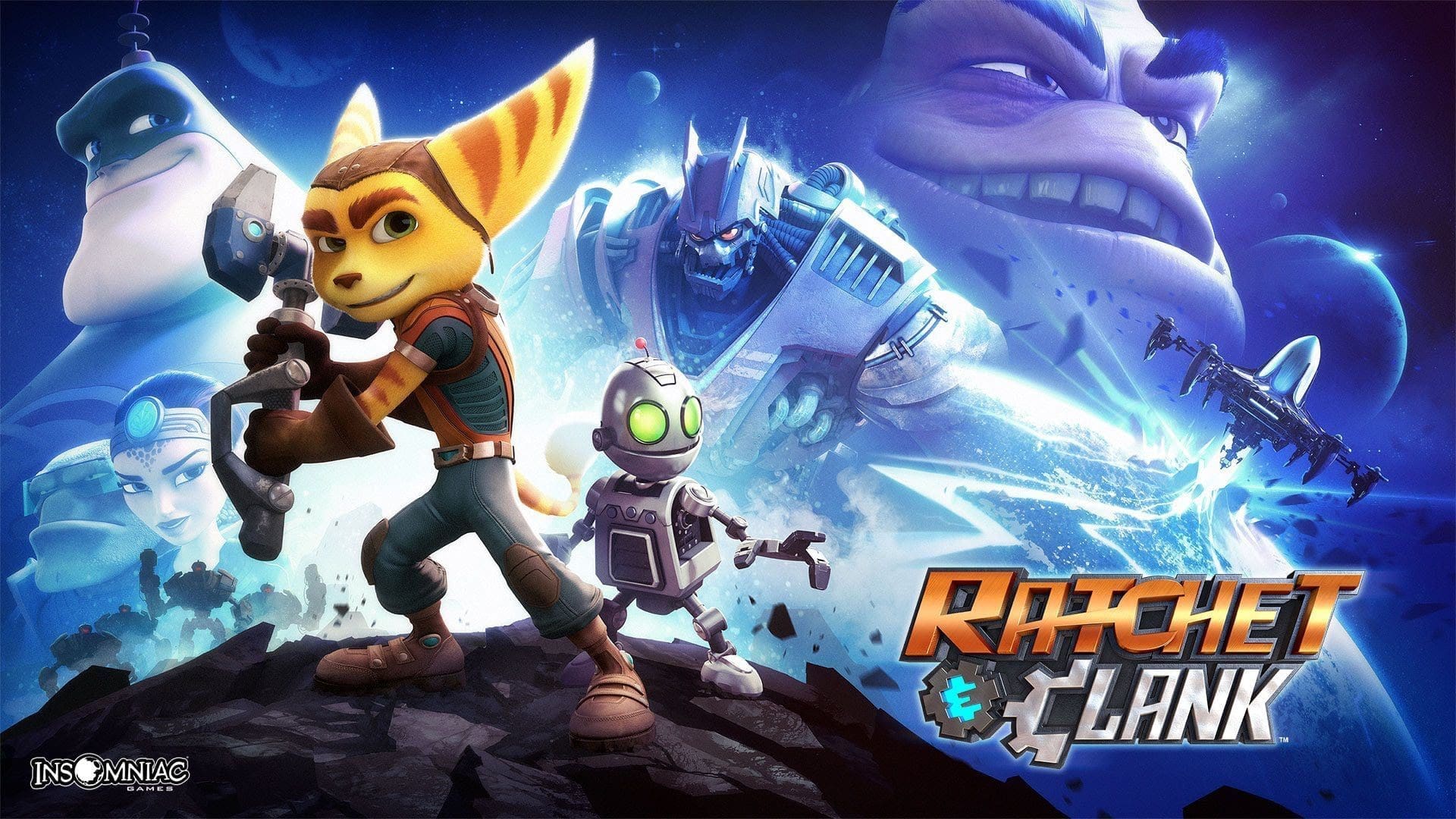 The original Ratchet & Clank (the game) was released for the PlayStation 2 nearly fourteen years ago. The series has since seen multiple sequels and spinoffs across various systems and undoubtedly has its fair share of fans, myself included.  Even as a fan, I feel the quality of the games and overall relevance of the duo has been on a steady decline for years. With that said, it’s no surprise that I was a bit baffled when Sony Interactive Entertainment and Insomniac Games announced the franchise would be receiving a full-featured film adaptation. On April 29th, 2016, Ratchet & Clank (the film) hits theaters nationwide and is largely based on the story of first game in the series when the two heroes first meet. So what exactly is this game and where does it fit in all of this? Ratchet & Clank for PlayStation 4 is a new game based on the theatrical film. So yes, it’s a video game based on a movie based on a video game. The story is told from the perspective of series regular Captain Qwark as he retells the adventures of the Lombax and his robot companion and their fight against Chairman Drek. This is quite a brilliant little detail as Qwark will not only narrate various scenes, but also act as a “tutorial voice” to give new players knowledge on how the game works or what items they may need to progress. It also gives the developers a legitimate reason why things aren’t quite the same as before as this is Qwark’s side of the story. The overall plot closely follows the original with a few changes sprinkled in, the series charm and sense of humor remains intact, and the stages follow the same general design and layout for the most part. That’s where most of the similarities between this iteration and the original end, however. I would hesitate to call it strictly a remake, remaster, or re-imagining since I feel the game is all of these things rolled into one excellent package.

First and foremost, Ratchet & Clank is absolutely gorgeous. Insomniac worked closely with the movie studio to ensure the game and film had a cohesive art style, and boy did it pay off. The various backdrops have so much detail and feel so alive you can’t help but stand still for moments at a time just to take in the visual splendor. I lost a few boss fights because there was so much going on in the background and I couldn’t stop myself from admiring it all (that’s my story and I’m sticking to it). The cut scenes contain footage from the movie, and real time in-engine scenes, both so well done I actually had a hard time telling them apart at first. The character animations are spot on and full of charm, the phenomenal lighting is a perfect fit for the art style, and the use of motion blur and depth of field contribute to a cinematic presentation that has no business fitting so well with this world. This is easily the best looking platformer and one of the best looking games on the PS4 by any metric. If you’re new to the series, this is very likely the best way to experience it for the first time. Like most games in the franchise, this iteration is an action-platformer with a strong emphasis on shooting some of the most absurdly creative weapons in video games. This time around the arsenal is a mix of old and new weapons from multiple installments in the series including the Pyrocitor (a standard flamethrower), Groovitron (a floating disco ball that forces enemies to dance), and Sheepinator (transforms enemies into harmless sheep). My personal new favorite addition is the Pixelizer, a shotgun with the added effect of turning foes into 8-bit pixelated versions of themselves before falling apart into a pile of blocks. The later sequels added the ability to level up weapons by racking up kills, and that feature has been brought into the game as well. Raritanium, a resource introduced in Ratchet & Clank: Going Commando, has also been included as a currency allowing weapon upgrades such as extra ammo, more damaging shots, and other special perks. These additions are very welcome and add new layer of depth and longevity to the original game. To break up the run and gun action, there are also sections where you will be in control of Clank. During these sections Clank is able to pick up and throw objects, mainly bombs and small robots capable of changing forms. You use these robots to form bridges, power generators, and create springboards to traverse a series of puzzle-centric rooms. There are some space ship combat sections strewn throughout the game, and some mini games including hoverboard races and laser grid hacking puzzles as well.

In typical platformer fashion, there are plenty of collectibles to acquire. Gadgets are special tools used to expand Ratchet’s move set and are typically found at the end of stages, though some are completely optional and require a little exploration. Bolts are the game’s main currency used to buy new weapons and are found from defeating enemies and breaking crates. The series staple Gold Bolts make a return as well. Collecting these will unlock multiple cheats accessible from the options menu such as special screen filters, costumes for Ratchet, and invincibility. New to the game are Holocards, collectable cards found in hidden areas and occasionally from defeated foes. Completing sets of three cards will apply permanent perks like increased drop rates for bolts, raritanium, and even more holocards. The R.Y.N.O. (Rip You a New One), the series signature super weapon, is also obtained by finding holocards and is just as unnecessarily destructive as usual. Everything is not all normal mapped cookies and high definition rainbows, however. Some of the more frustrating moments from the original game are still present in this installment, such as the aforementioned hoverboard races. The A.I. rubber banding in these races is flawed to the point where you’re nearly guaranteed to lose the race regardless of how well you play. I spent entirely too much time on what was likely designed to be a short diversion. I also felt some of the Clank sections dragged on a bit too long, especially the chase sequences with a recurring villain. Dealing with certain enemies can a bit of a pain due to some unfair advantages such as having their projectiles travel through walls when you can’t reach them, and sometimes there’s a bit too much going on during the boss fights it’s hard to tell exactly what you’re hitting or being hit by. Granted, I played the game on the hardest of three difficulty settings, so some of these issues may be less of a problem if you choose an easier setting (which you can change anytime).

Despite the frustrating moments, I’ve had a wonderful time with Ratchet & Clank. The game is surprisingly well made, especially for a movie tie-in, and is the perfect poster child for the series as a whole. The weapons are as out-of-this-world ridiculous as they’ve ever been and the shooting and platforming feel nice and responsive. I’m not entirely convinced I’ll see the movie, but the game has at least put it on my radar for the time being. Whether you’re a longtime fan of the series or a curious newcomer, I can recommend you give this one a shot. Multiple shots, even. Throw in an explosion or two while you’re at it.

Reboot You A New One | Ratchet & Clank (PS4) Review – DarkGeekMedia