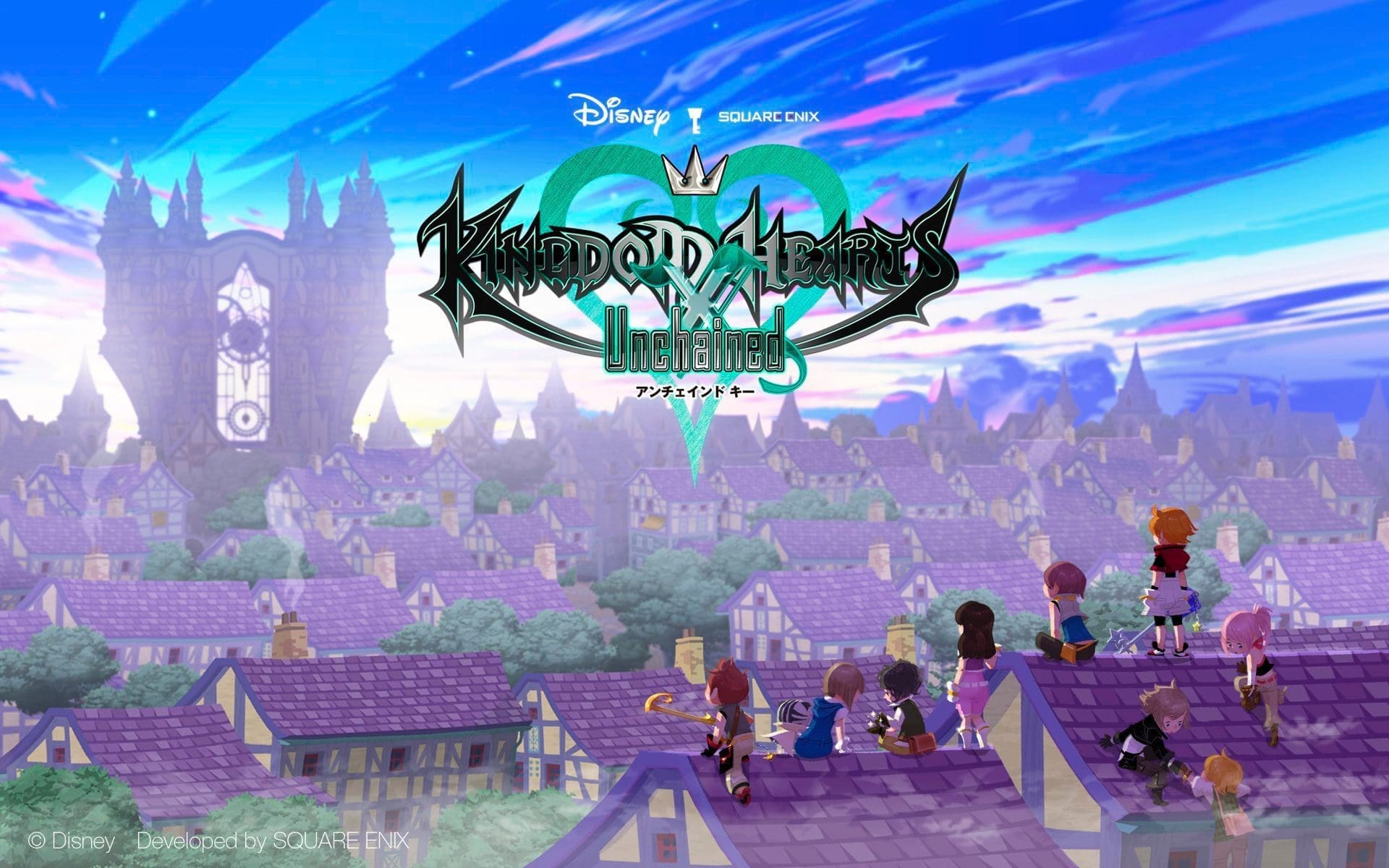 Many gamers, myself included, eagerly await the release of Kingdom Hearts III (whenever that may be). While it has been over a decade since the last numbered entry in the wonderfully convoluted series, there have been multiple entries since that should not be overlooked. Birth by Sleep showed us how the “present day” Keyblade-wielders got their powers as well as referencing the infamous Keyblade War. Dream Drop Distance saw Xehanort’s return to the limelight as the primary antagonist, rather than his Heartless and Nobody, and ramped up the story in anticipation of Kingdom Hearts III. That brings us to Kingdom Hearts Unchained X (pronounced “key”). Originally released as the browser-based Kingdom Hearts X in Japan, this mobile game finally made its way to the West earlier this month.

Unchained X opens on a young Kairi with her Grandmother as her Grandmother tells this new tale. The story takes place prior to the Keyblade War as countless Keyblade-wielders fight the Heartless for one of five unions each headed by a Foreteller, a masked keyblade master. The five Foreteller’s work together to prevent the prophecy of Darkness prevailing in the war against Light, however as the Darkness continues to grow stronger it is suspected that one of their own is a traitor. Players create their own Keyblade-wielder, choose a union to follow, and set out fighting Heartless in familiar Disney worlds. The story is mission based, each mission taking only a couple minutes which is perfect for a mobile game. Whether you only have a few minutes to spare, or a couple hours to dive in, players will progress regardless.

Each mission will have a specific target heartless, with many others standing in the way. By running into a heartless an isolated encounter is triggered, with one heartless often spawning a few helpers. Players will have a set loadout of medals that act as attack slots placed on a wheel on the lower-left of the HUD.  By either tapping a specific enemy or swiping across a group the medal is activated, the damage is dealt, and the wheel rotates bringing up either the subsequent medal or eventually the slot labeled “ENEMY TURN”. Each medal has a red, green, or blue icon indicating the damage type and effectiveness against the similarly color-coded heartless players will face. Each medal depicts a Disney/Final Fantasy/Kingdom Hearts character which can be leveled up and later evolved to become more and more powerful. While Unchained X is free to play, players can buy packs of randomized medals for one of the many in-game currencies. This currency in particular, jewels, can be earned from completing missions, logging in consecutive days, or by spending real money. So far I’ve only used the jewels I’ve earned and I don’t feel pressed to spend real money to get more. And while I haven’t spent real money, my desire to get my favorite characters for my loadout keeps me playing longer than I would have otherwise.

My only complaint about Unchained X is the story wasn’t always the most compelling from mission to mission. While I’m aching to see what happens between the Foretellers, I did not always find a reason to keep going. Other than a new keyblade, finishing out each world did not have a huge impact as you simply move onto the next one. In this aspect Unchained X may be a bit too simple,  but I’d rather it be too simple than too complex. Kingdom Hearts is notorious for having an extremely convoluted story and seeing an entry accessible to new players who may not have played other titles is ultimately a smart move for the series.

Kingdom Hearts Unchained X does a fantastic job striking a balance between having the accessibility of a mobile game while also staying true to its Kingdom Hearts roots. From the iconic music, to the range of enemy types and the familiar worlds Kingdom Hearts fans will find themselves right at home. Fans of the series should not overlook this simple yet incredibly fun distraction while we wait for Kingdom Hearts III. Check it out now on iOS and Android!

Destiny E3 Hype Trailer – The Law of the Jungle