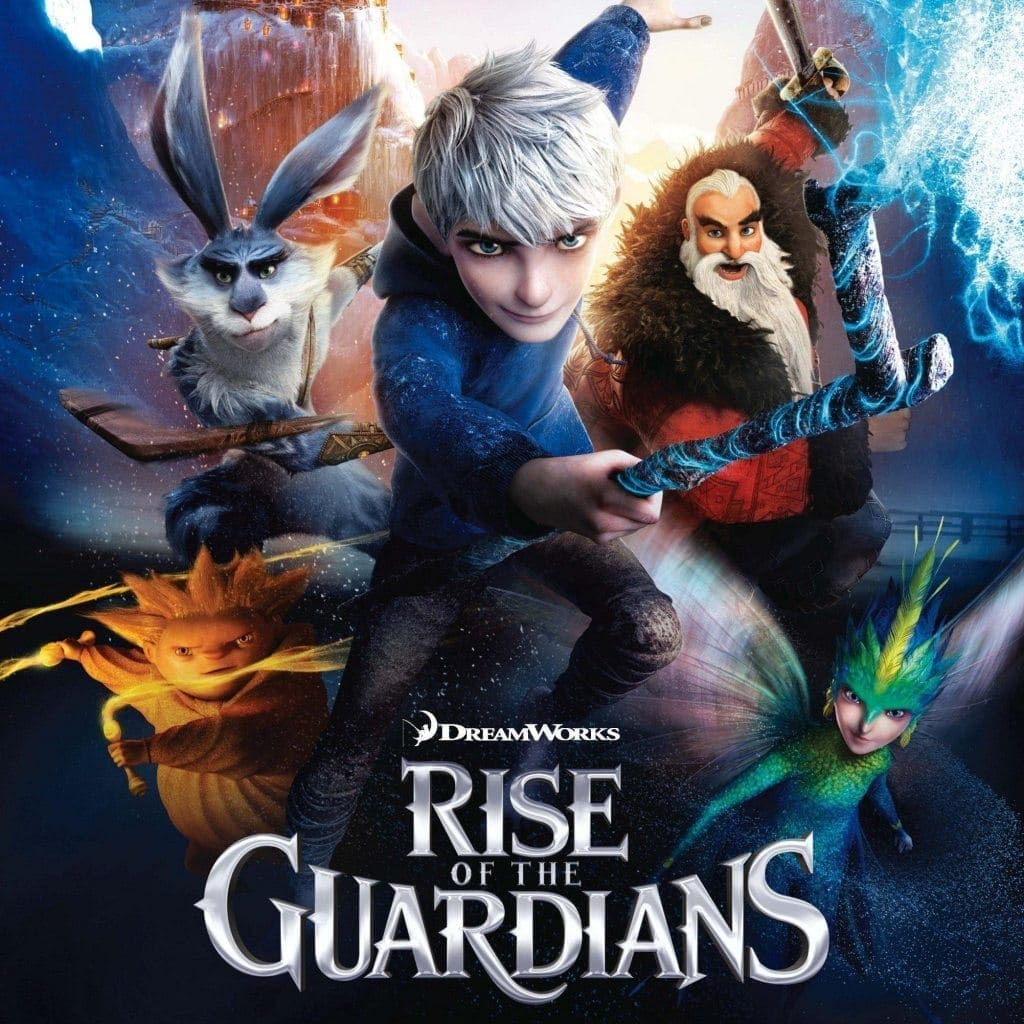 I probably would’ve believed in Santa a little longer if I had known he was a sword wielding bad ass, and I always pictured the Easter Bunny as some pastel-colored basket-carrying push-over, much like he was in Nightmare Before Christmas, and not some boomerang throwing outback warrior. Rise of the Guardians puts a little spin on the typical holiday, and some not so holiday, characters by making them protectors of children.

Even though he’s absent from most of the marketing the main character is Jack Frost. His main conflict is that people have no idea who he is and don’t believe in him, unlike the other guardians. The boogey man, or Pitch as he’s known, appears to blanket the world in darkness. He stands no chance against the guardians and since they get their powers from children believing in them, Pitch sets out to make the children non-believers.

Both Pitch and Jack Frost are invisible to humans because no one believes in them and that is where the stories drama comes from. While Pitch tries to correct this by creating darkness and nightmares, Jack counters by creating fun and happiness. Pitch is one of the major plot lines of the story, but his reasons for doing things were never fully fleshed out. It felt like he was doing things just to be an ass. The best villains are the ones that have some sort of human element to them, an element that he just didn’t possess. Jack also suffers from amnesia and has no idea why he was chosen to be a guardian. His struggle in coming to terms with who he is and why he was chosen is the emotional bulk of the story. If the filmmaker’s had cut out Pitch and gone with a nameless villain to combat I think it would’ve been a more solid story.

The animation was nice and fluid, but the term “dead eyes” comes to mind. Animators can’t seem to get over that hump and produce realistic eye movements. They have made decent headway lately, but this was almost a step in the wrong direction. It was like watching a bunch of dolls on-screen.

Sometimes the actors who do the voices in animated movies can’t properly convey the emotion needed because they are recording their voices in a room and not in real world environments and it sounds like, well, like they are in a room recording a voice. The cast was solid in this one and the animators did a decent job of connecting the two performances.

Rise of the Guardians has a few familiar characters in it, most notably Santa’s elves. You’ll immediately draw connections to the minions in Despicable Me, but I found these guys less annoying, funnier, and all around more enjoyable.

I generally enjoyed Rise of the Guardians and consider it to be on the better end of the Dreamworks animation scale, I even had a few “something’s in my eye” moments. I wouldn’t be surprised if this became a new holiday classic.