RISE UP TO JUSTICE IN Maplesea!

30 October 2012, Singapore, Malaysia and Philippines – Asiasoft Online (“Asiasoft”) announces the official launch of Justice content update. It is a much-anticipated patch featuring two new classes, ZEN and Phantom, major revamp to the Thief and Pirate classes, as well as a new quest to liberate a new world called Azwan, among many others.

” The Justice content update has been the talk of town among MapleSEA gamers for months, as they have been waiting for its arrival. Many players have been looking forward to the arrival of Phantom, the new thief based class who utilises the powers of the cane and card.” Mr Sherman Tan, Chairman of Asiasoft Online. “Also, another major content that the gamers have been looking forward to is the major revamp of the Thief and Pirate class. With most of the other explorer classes who went through major revamps in the past content updates, now it the time for the Thief and Pirate classes to shine and show off their true prowess in the game. ”

Here’s the Official Trailer for the new expansion along with a Gameplay Trailer.

Here are the key features that gamers can look forward to in the Justice content update:

A town controlled by a Black Mage Commander, gamers will seek to liberate this town from the evil forces through the new party quest.

Gamers will be handsomely rewarded upon each successful completion of the mission, while moving a step closer to liberate Azwan!

In conjunction with the launch of Justice, gamers can also look forward to exciting activities coming their way. Some of these activities include:

Details of these exciting activities can be found on MapleSEA’s page at www.MapleSEA.com. or MapleSEA’s Facebook page at www.facebook.com/MapleSEA. Bookmark these pages too for the latest updates, events and activities happening in MapleSEA. 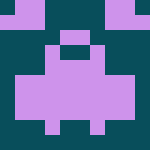